I created my app on my MacBook Air and kept working with it there which was fine. Then I started working with a colleague who used another Mac (of course). Anyway, we share our Xcode project via Dropbox (we are just switching to BitBucket, don't worry ;) ), when he tried to open the project on his Mac there was a Apple LLVM 6.0 Error with the following error while on my computer the same project runs perfectly:

The last lines of the error seem most important to me which is why I listed them here.

I do know this question was asked several times now but there was never a useful answer which worked for me. I tried to disable the Foundation Assertions as it said in another answer on this topic but that did not work. Also I restarted & even reinstalled Xcode and all files are existing, none should be missing.

Hey I just ran into the same problem. Basically I deleted my tests target. I found this:

Which basically says that:

Click on the name of your project on the list of files/folders on the left in Xcode (at the very top of the list). Look at the "Targets" section on the left-hand side of the window to the right. Likely, there's two listed with the second being a "test" item. Right-click on that item and select "delete". Then try to run the project again. See screenshot below for a visual cue.

And a picture to help you out: 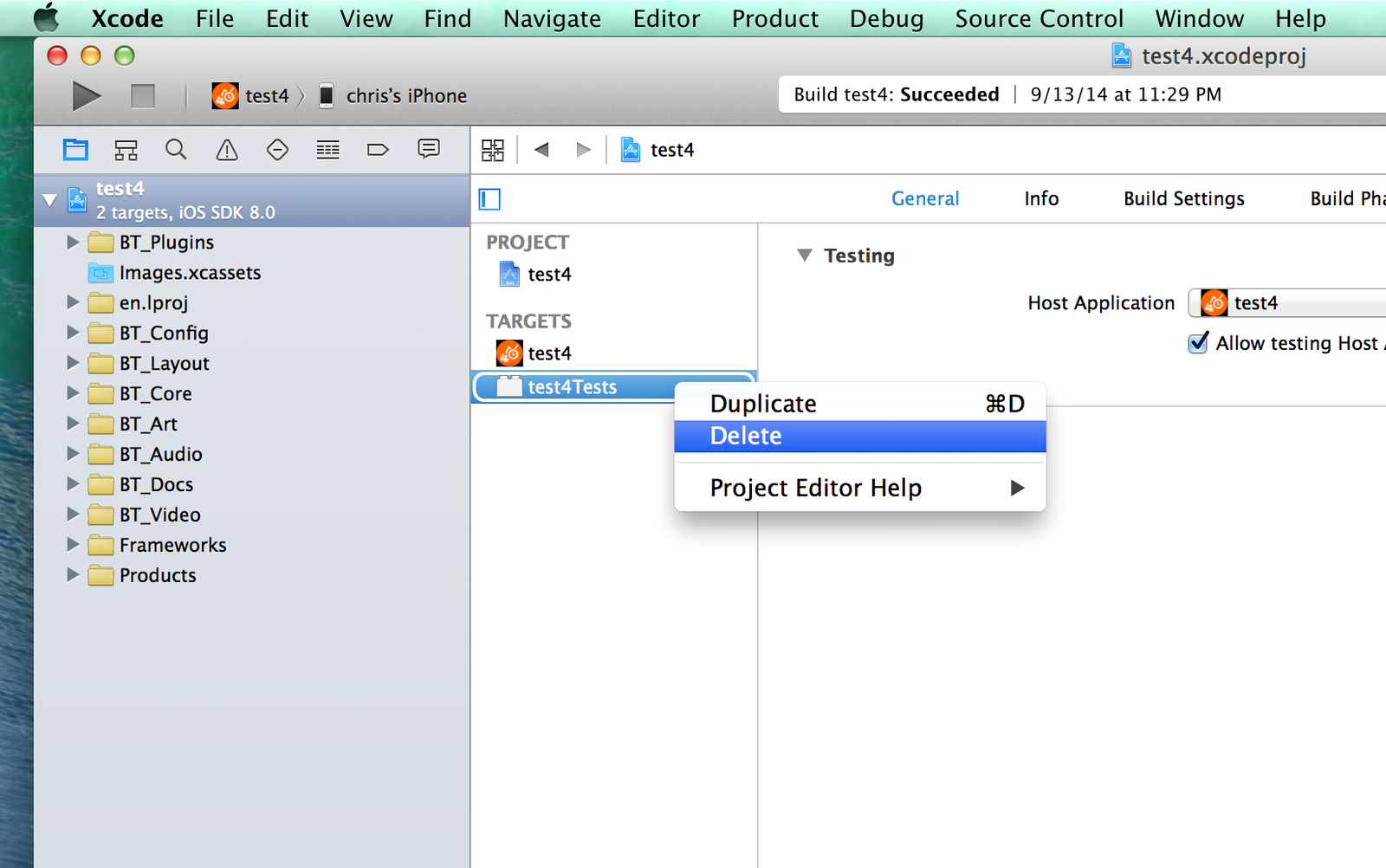 EDIT: Also in the tests target, I actually found that I didn't necessarily need to delete it, there was a broken path, just fixing it makes it all work again.

You do not need to delete the overall build settings. Just change the Library Search Paths, here are the steps:

Or else you can always remove the build setting at all! Cheers!

This fixed my issue.

OR Remove Tests Section as a whole.

Build again and Its done!!