As MATLAB has changed its figure engine in R2014b I decided to rerun some of my code for getting better looking figures out of them. Unfortunately, the last one I have is a code that takes ages to run, and I would like to highly avoid to rerun the code for a nicer figure.

Is it possible to redraw the figure using the MATLAB R2014b plotting engine? If it is, how could I do it?

NOTE: Literally, the figure is opened and drawn with the new engine, however, it retains its old format. While a new figure with a title() command would plot a nice big, bold title, if a redraw this figure using "drawnow" or I generate code for it, the format remains the same.

Example: This figure was created in 2013b, and redrawn in 2014b. You can see that the title does not plot in the same format as a title('whatever') would plot in the new graphic handles. It looks like that a '.fig' saves and sets the default values for the version it has been generated. Thus plot colors, titles, labels etc will look like the old graphic handles when redrawn.

This can be tested with the following code. Note that this is an overly simplified problem, the question is not explicitly about titles or labels, but all graphic stuff in general. 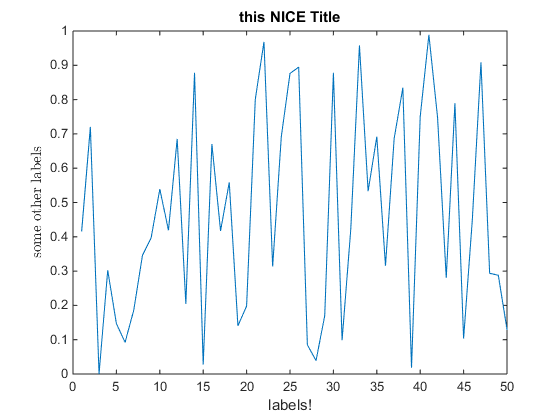 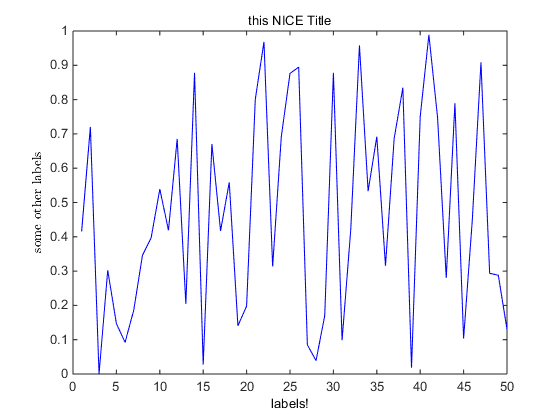 There is a roundabout way for doing this -- just using hgopen for loading the figure and then extracting the data to re-plot it in 2014b:

You can then use the subplots cell array to make the plots again by hand. It is a boring way to do it, but may be worth trying if re-generating the output takes very long.

Not the answer you're looking for? Browse other questions tagged matlab matlab-figure matlab-hg2 or ask your own question.

5
Saving “heavy” figure to PDF in MATLAB - rendering problem
15
MATLAB and high quality EPS figures
0
Saving GUI as .jpg in matlab
3
Jagged outline using Matlab 2014b
4
How to edit property of figure saved in .fig file without displaying it
3
Plot a graphics object stored in .mat file with new Matlab Graphics Engine
0
matlab figure taking too long to open
3
Matlab: how do I retrieve the title, the xlabel, the ylabel and font of a plotyy?
1
How to save a 3D image or what's the image format that we can spin it manually after saving it from Matlab without opening Matlab?
1
Figure created from contour changes to be in raster format when the number of rows and columns larger than some threshold