I am new to VBA (and have only a bit of training in java), but assembled this bit of code with the help of other posts here and have hit a wall.

I am trying to write code that will cycle through each file in a folder, testing if each file meets certain criteria. If criteria are met, the file names should be edited, overwriting (or deleting prior) any existing files with the same name. Copies of these newly renamed files should then be copied to a different folder. I believe I'm very close, but my code refuses to cycle through all files and/or crashes Excel when it is run. Help please? :-)

If it's helpful, the file names start as ABC_mm_dd_hh_Page_#.jpg and the goal is to cut them down to ABCPage#.jpg

I think it's a good idea to first collect all of the filenames in an array or collection before starting to process them, particularly if you're going to be renaming them. If you don't there's no guarantee you won't confuse Dir(), leading it to skip files or process the "same" file twice. Also in VBA there's no need to escape backslashes in strings.

Here's an example using a collection:

EDIT: See update below for an alternative solution.

Your code has one major problem.. The last line before the Loop end is

Here is what your code should be:

The fist time you call Dir(), you should specify a path to list files, so before you entered the loop, the line:

is good. The function will return the first file that matches the criteria in that folder. Once you have finished processing the file, and you want to move to the next file, you should call Dir() without specifying a parameter to indicate that you are interested in iterating to the next file.

As an alternative solution, you can use the FileSystemObject class provided to VBA instead of creating an object by the operating system. 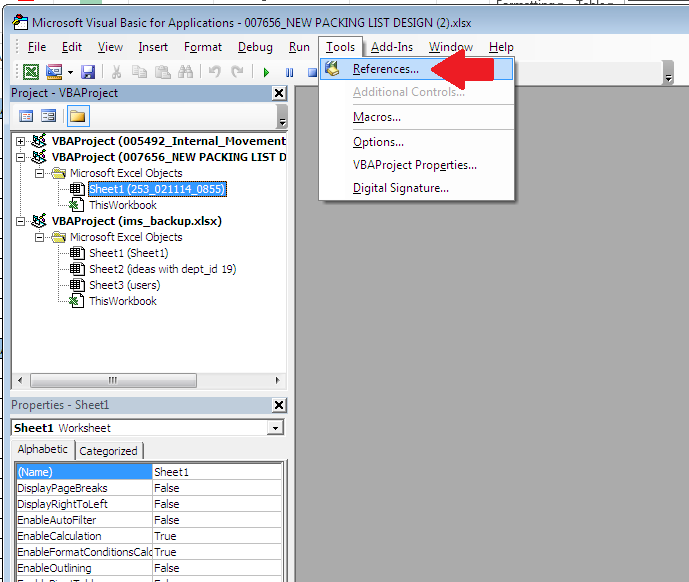 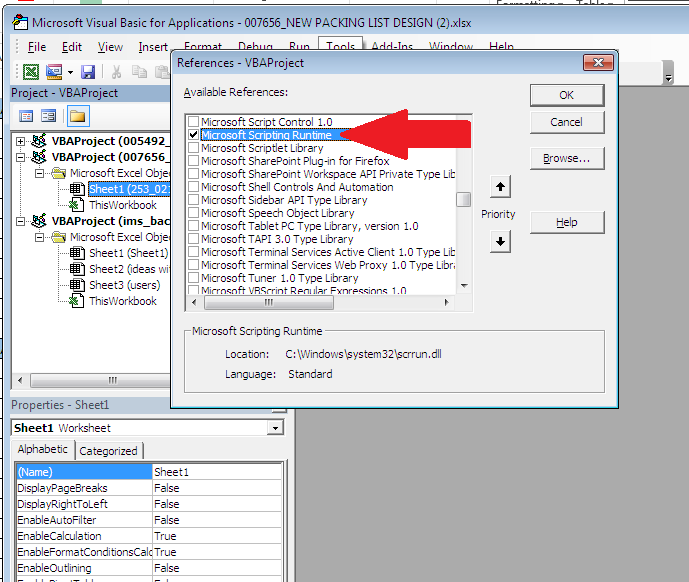 In case, you did not see [Microsoft Scripting Runtime] listed, just browse to C:\windows\system32\scrrun.dll and that should do the same.

Second, change your code to utilize the referenced library as follows:

should be replaced by this single line:

Now run your code. If you still face an error, at least this time, the error should have more details about its origin, unlike the generic one provided by the vague object from before.

In case anyone is wondering, here is my finished code. Thanks to Tim and Ahmad for their help!

Not the answer you're looking for? Browse other questions tagged vba excel excel-2013 or ask your own question.

85
Check if the file exists using VBA
2
Why am I getting an nonexistent file name?
0
Looping through files and after 1st file it exits loop
0
Rename all worksheet names as workbook names in a folder

261
Loop through files in a folder using VBA?
1
Extract string from multiple files using vba
0
Importing TXT to excel whilst skipping first 7 characters and moving to the next colomn after each file
1
MS Excel VBA - Get file names within subfolders of a declared folder
0
How to rename multiple pdf files used excel database vba
0
VBA looping through files that meet two criteria
1
ExcelVBA- Replace string in all file names in specified folder
0
Loop through all files and folders using FSO BUT ignore specified sub-folders/text string
0
Copy paste using loop from multiple ranges to single row into another WB
0
How to copy data from multiple source workbooks within a folder to another workbook thereafter saving as a new workbook