What's the difference between MVC (Model View Controller) and BCE (Boundary Control Entity), I know that these two pattern are similar, but there's a difference, what is that difference? 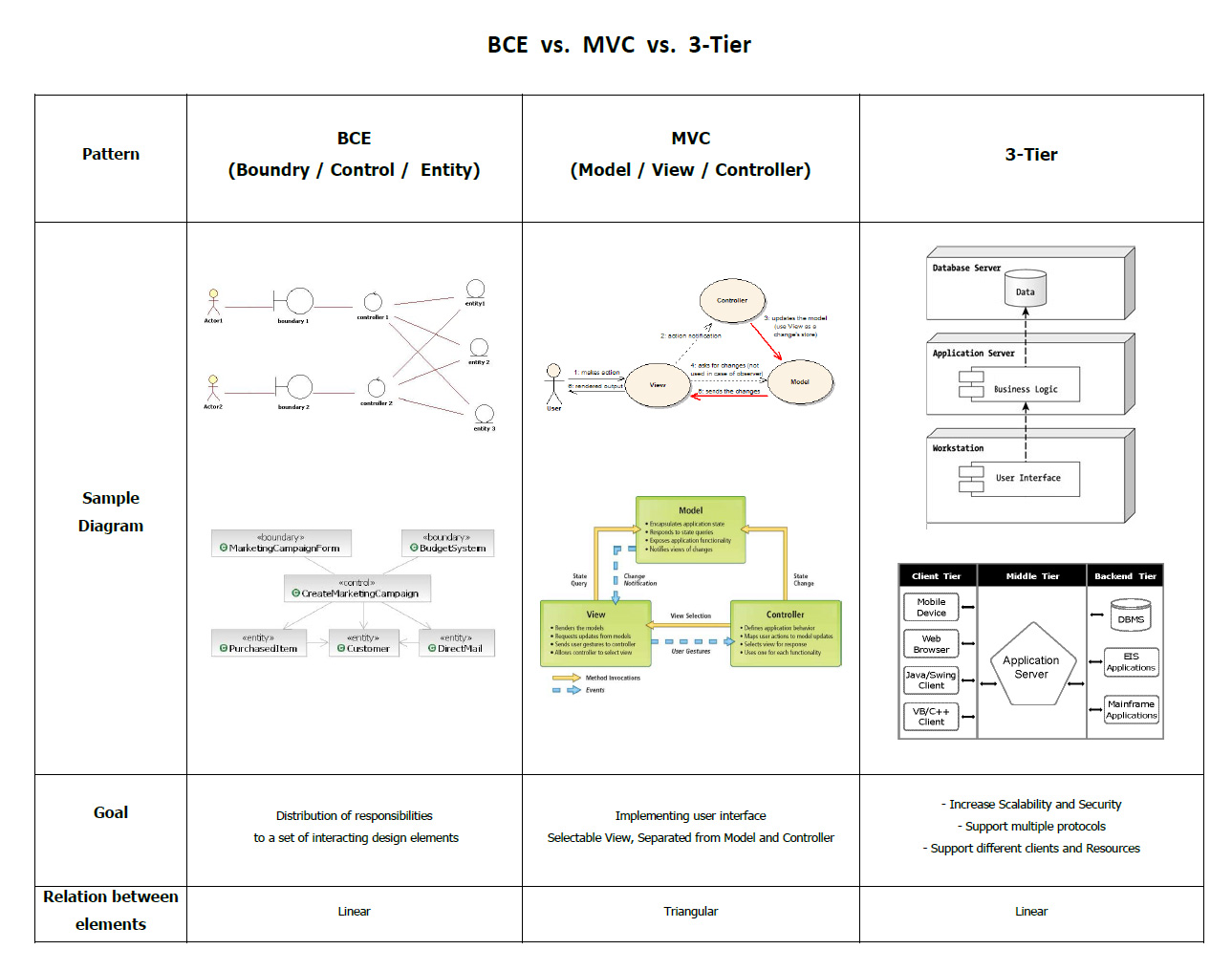 BCE is how you create decoupled components that follow the open/close principle, dependency inversion and interface segregation. It is what you want to design the core of your application.

BCE consists of a combination of the following elements: Boundaries to other components, logic controllers and business entities.

Each boundary which consists two interfaces:

Note: You should strive to make your boundaries general and abstract (ie. do not leak concrete details in the interface). Ideally you should be able to replace the external component with a different one without breaking the interface or the core business logic code.

Each controller contains the logic for a use-case. This is where the application specific logic is.

Entities represent business objects, such as an invoice, a client, a report and other domain objects. They are essentially data-structures but contain code which is not specific to a particular use-case. Eg: invoice.addItem().

The controller will receive instructions from the input boundary coordinate the entities to update the application state, produce some result and send it over the output boundary.

I don't know MVC, so I leave this as half answered

The MVC and BCE Try this paper: https://www.academia.edu/39113245/Synthesis_of_MOF_MDA_PIM_MVC_and_BCE_notions_and_patterns

Not the answer you're looking for? Browse other questions tagged model-view-controller controller entity boundary or ask your own question.