What are the differences between plug-ins, features, and products in Eclipse RCP?

What are the differences? What gets used for which purpose?

As the RCP tutorial details

Plugins are the smallest deployable and installable software components of Eclipse.

The basis for this architecture is the runtime environment Equinox of Eclipse which is the reference implementation of OSGI. See OSGi development - Tutorial for details.
The Plugin concept of Eclipse is the same as the bundle concept of OSGI. Generally speaking a OSGI bundle equals a Plugin and vice-versa. 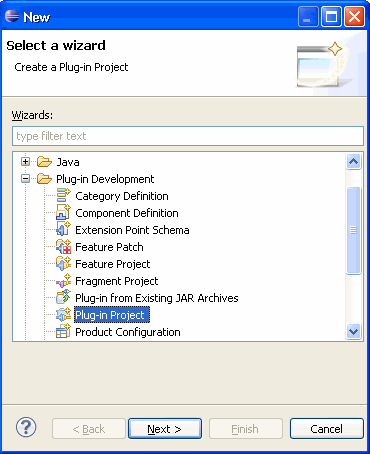 A feature project is basically a list of plugins and other features which can be understood as a logical separate unit.

Eclipse uses feature projects for the updates manager and for the build process. You can also supply a software license with a feature 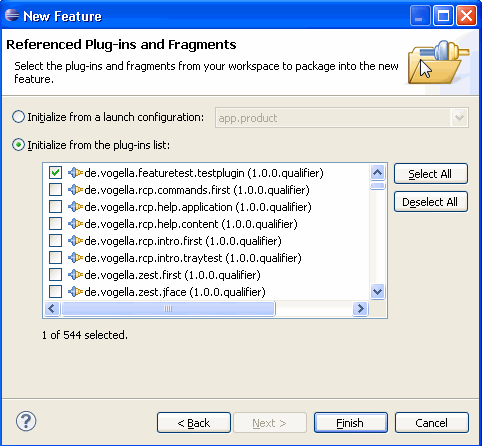 Finally, a product is a stand-alone program built with the Eclipse platform. A product may optionally be packaged and delivered as one or more features, which are simply groupings of plug-ins that are managed as a single entity by the Eclipse update mechanisms.

plugins can be grouped into features which can be packaged as one executable unit called product.

Not the answer you're looking for? Browse other questions tagged eclipse plugins rcp product or ask your own question.

78
Eclipse plugins vs features vs dropins
5
Need help to begin with Eclipse RCP
1
RCP based on plugins or features?

1298
How can you speed up Eclipse?
270
What do the icons in Eclipse mean?
1288
'Must Override a Superclass Method' Errors after importing a project into Eclipse
123
What is the difference between Eclipse for Java (EE) Developers and Eclipse Classic?
951
Failed to load the JNI shared Library (JDK)