I've been using TestFlight for a while but this is the first time I'm submitting a build for beta testing directly from iTunesConnect since Apple bought TestFlight itself.

I've been experiencing a weird behaviour (or maybe just the Apple's expected behaviour).

I've added the user to my team (they've admin role), and I've selected them as part of the TestFlight tester in the dedicated panel. I've uploaded a build, switched the TestFlight Beta Testing on in the Build tab and selected the Internal Testers (just one in the screenshot below) I would like to receive that build.

Then...nothing happens, the state is still "Processing" (what?? shouldn't it be immediate?) the tester doesn't receive any invitation and I'm stuck. There's obviously something I'm missing here.

Beside, even if one tester has already been invited, the panel still shows "To start testing, invite at least one tester". TestFlight was such a good product once...

The two snapshot below show the state of my iTunesConnect panel. Any idea? 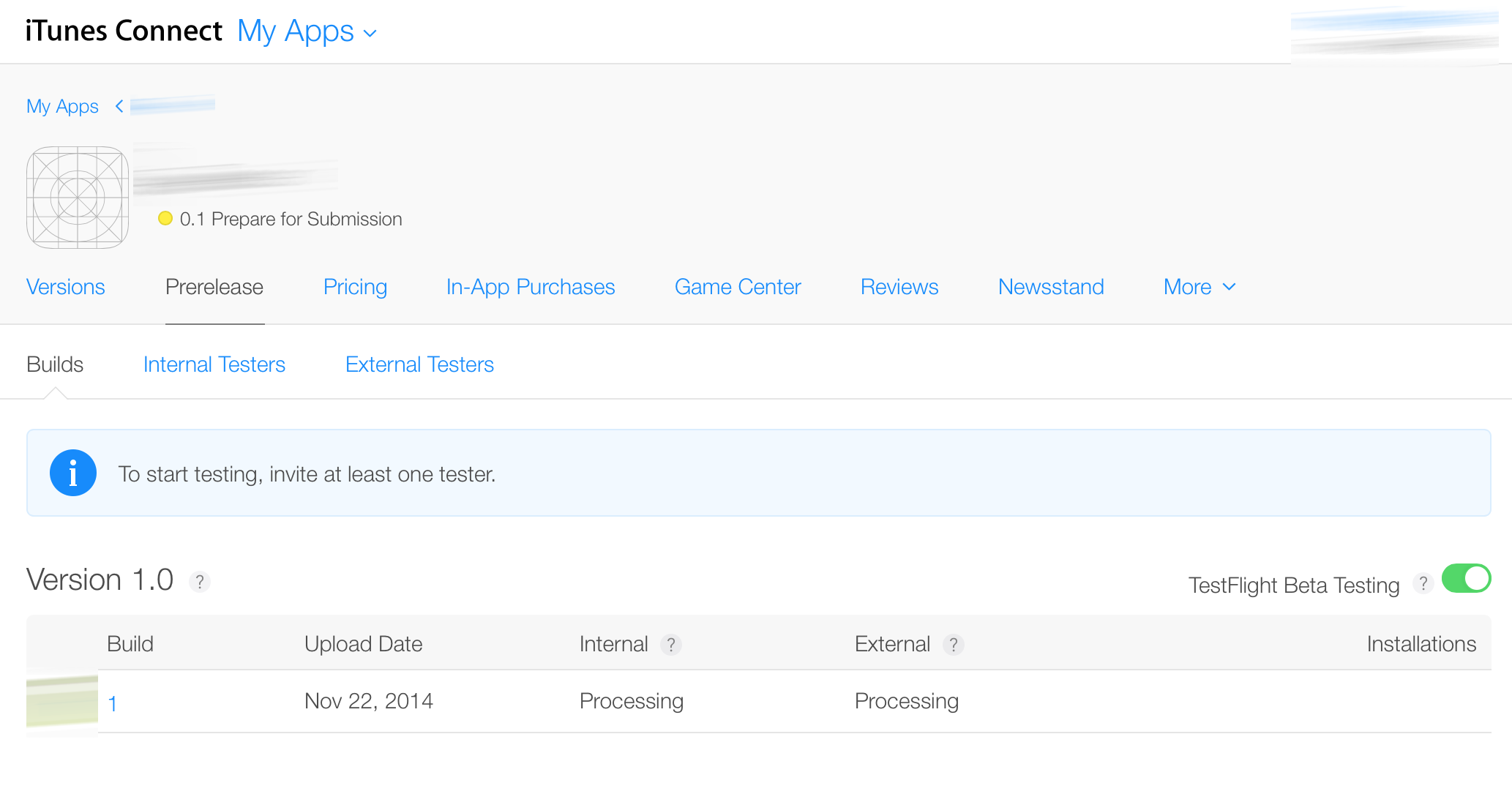 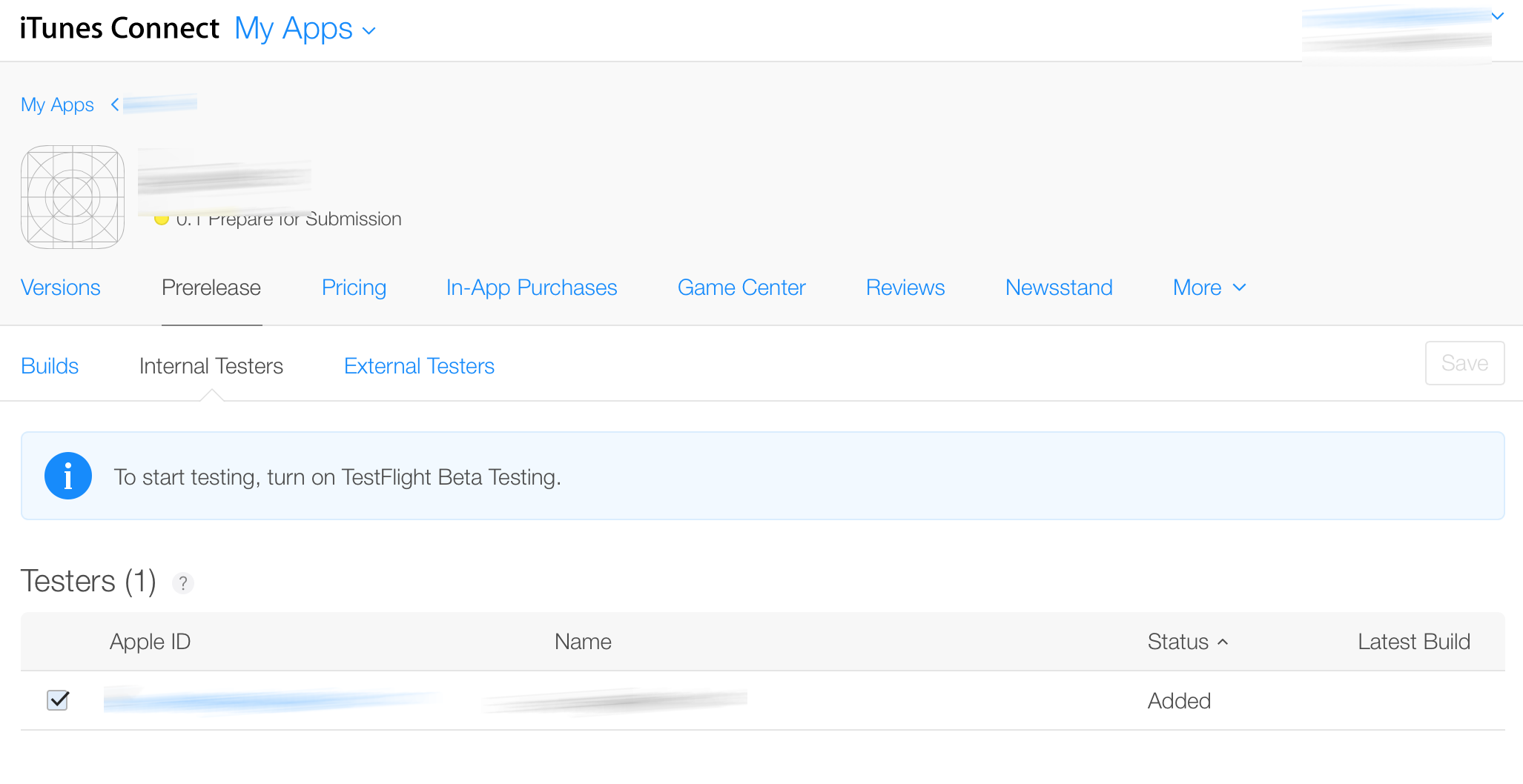 It turned out that "Processing" a build, even if it is for internal testing only (i.e. the 25 accounts associated with your team) may take a couple of hours. Even if the binary has already been validated by Xcode and Application loader.

I'm posting this as an answer since I've found no evidence about how long the "Processing" state is supposed to be. Given the length of some of the reviewing process it could be seconds, minutes, hours or days so it's nice to know that in this case it lasted a couple of hours.

Now my console status is this one. 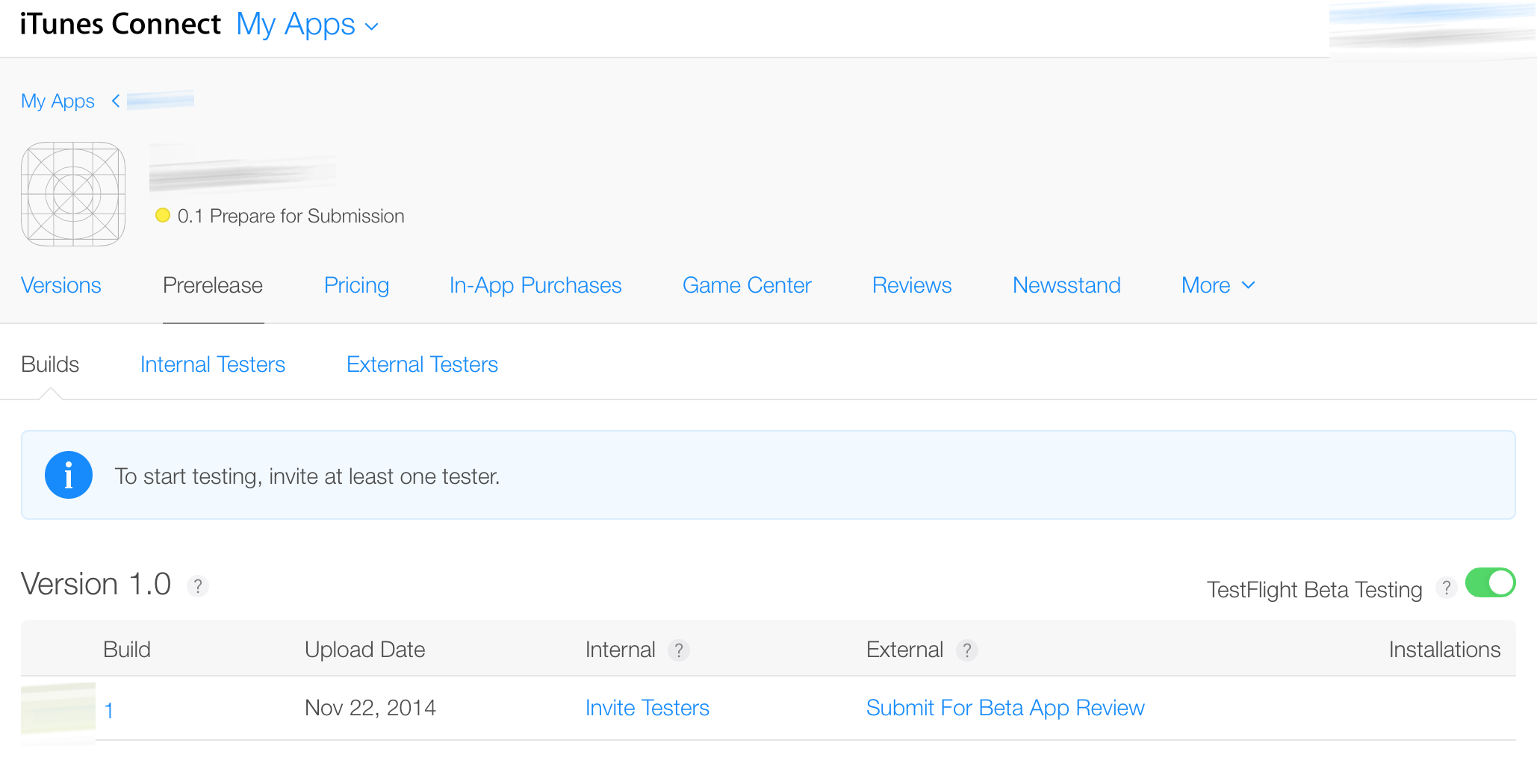 Ok, here's the answer for the March 2015 people. I uploaded a pre-release build yesterday (4th March) via Xcode and the Internal & External Testing statuses are still at 'Processing' more than 36 hours later. I even tried re-uploading, increasing build numbers etc. No joy. So I called Apple. This is what they told me;

So they're looking into it & will be trying to solve the problem for my particular case asap.

I think with those who are finding that re-uploading with an increased build number is doing the trick, it's actually a red herring and is perhaps more to do with having re-submitted at a good moment for the system.

I'll keep this thread posted as to how it plays out. In the meantime, if your pre-release has been processing for more than 24 hours and you don't fancy the idea of littering your app's management console with pre-release upload attempts (that can't be deleted), I suggest giving Apple a call to get your upload kicked into action.

UPDATE 6th March: So, my original build finally came out of Processing. This took exactly 38 hours! I don't think this was Apple fixing it, it looks to me that this was it finally sorting itself out.

Before this I also tried uploading new incremented builds via Application Loader instead and also while logged-out of iTunes Connect, as per some of the suggestions below, but this didn't make a damned bit of difference for me. Which brings me to the fairly certain conclusion that it just works because you're submitting at a good moment (or perhaps may even be related your geographical location (I'm London)) and no other hokus pokus!

The original Testflight rather rudely puts Apple to shame here. They really need to sort this out.

Normally you should never see the status 'Processing'. Once the build status is set to Processing, it will never be changed; at least in my case. (See image below)

The solution is to "keep trying." Try either increasing build number or version number, and keep submit to the iTunes Connect.

I got it work in the third attempt with no processing time.

I found the following message from Apple (itunesconnect@apple.com) delivered to my Junk Mail folder. In the build settings for my app I set "Enable Bitcode" to No. I also changed the optimization level of the release build to None. After that my build was accepted and uploaded to the app store. The invite button became available for internal users at that point. Later I was able to get the app installed via TestFlight.

We have discovered one or more issues with your recent delivery for "XXXYourAppName". To process your delivery, the following issues must be corrected:

Once these issues have been corrected, you can then redeliver the corrected binary.

i was struggling with the same issues as a lot of people say.

Infact this morning i upload a second Build for my app and state "Processing" will not go out in hours and hours. I upload the second Bundle of the app to Itunes using xcode Archive/Uploader.

When i go out for lunch, i was thinking on "how Apple takes a lot of time to process a second build", instead of first immediatly set as Active.

Now i'm happy man, when i come back i decide to re-upload a third Bundle but using Application Loader instead of Xcode. This do the Magic how the screenshot figure:

So use Application Loader and don't loose important time! Hope i help,

I have been using TestFlight quite a bit, with no problems. Then this happened to me yesterday (stuck in processing). Perhaps some internal problem on apples side?

this seems to happen from time to time and there is basically nothing the user can do about other than waiting. I have tried all of the above suggestions to no avail, then all of a sudden all the processing builds made it to the enabled state.

as of now (October 9th, 2015), it still takes up to one hour to process, but yesterday the situation was way worse, taking many hours.

This was happening to me too in one of my builds. All my previous builds before that build were instantaneous. So I just created a new build (no code changes) and ignored the erroneous one. Once I turned on TestFlight testing on the new build, I got the notifications on my devices almost instantly.

What did the trick for me was to change the VERSION number of the build, rather than just changing the build number. I'm not sure but turns out, my every 5th build for a version has that long processing queue issue.

I found that if I have ITC open while I upload the build, that it never leaves the processing stage. Making sure ITC is not logged in until I receive the notification on my phone seemed to work.

Firstly you must archived your app and submit it to store, if you submit it right you will get message like 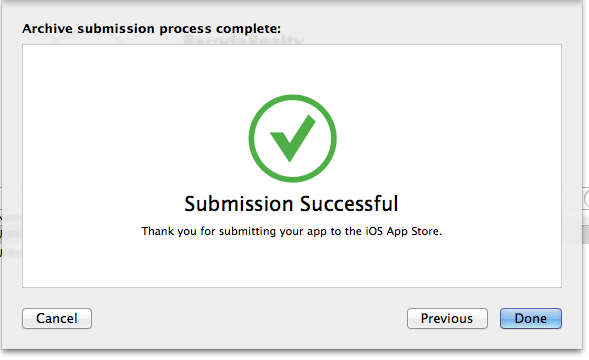 by clicked + sign you will get you version. if your app take a lot of time in processing, may be more than one week, Go to "Resources & Help" in iTunes Connect. Select "Contact Us" and follow the wizard. I don't think anyone other than Apple can answer this. And this is what we have done in a similar situation in the past.

Not the answer you're looking for? Browse other questions tagged ios app-store-connect testflight beta-testing or ask your own question.

233
My prerelease app has been “processing” for over a week in iTunes Connect, what gives?
4
ITunes Connect Prerelease Beta Internal Testing - processing
0
How to release testflight beta version to external users?

463
How do you beta test an iphone app?
1
iOS 8 Beta - Internal Testers have to be technicals?
2
TestFlight feedback button missing
22
I can't add testers to iTunes Connect: Users and Roles → TestFlight Beta Testers → Internal
29
Testflight app requires iOS8. How do we beta test with iOS7?
0
TestFlight Beta not showing testers
0
Cannot add an internal beta tester to Apple's TestFlight - what am I missing?
19
iOS : Testflight No build available for external testers
20
Not Showing update for internal testers in testflight for new build