I have a 3rd party GUI application that accepts multiple files via CLI, for example:

Then all the files are loaded at once into the same instance of the application.

To optimize my time I would like to load multiple files by doing right-mouse-click on some files from Windows Explorer (eg: Select 5 files > do right-click > select "Open in MyProgram" command)

I know how to create the needed registry keys to add that command in the context menu for specific file types, that is not a problem.

This 3rd party program does not comes with any driver, shell extension, or methodology that can catch multiple files from contextmenu, so instead of that If I select 2 files from explorer, each file is open in a separated instance of the program, and I don't have idea of developing drivers, so a driver is not what I'm looking for.

I'm open to suggestions, maybe this is not the efficient way but seems the easiest way:

My idea is to develop a mini CLI application to catch those multiple files (maybe based in windows messages or in SO inactivity, I don't know that's why I'm asking), write those files/arguments in a text file then join all the arguments in a single line to call my 3rd party program with those arguments to load all the files at once in a single instance of this program.

In other words, just a simple loader to use it from the contextmenu when selecting multiple files to open all the files at once in this 3rd party application.

First of all I would like to know if exists a known term to name this thing of an application that is capable to load multiple files in the same instance selecting the files from explorer then contextmenu. I would like to research for that term.

Which could be the most efficient way to accomplish this task under a VB.NET/C# console application? (not a driver)

How to start developing this?

Any existent source-code example from known pages like codeproject...?

You Do want a ShellExtension

What you want is not quite as simple as you think. The normal behavior for multiple file selections is to open each in a new Window/App instance. Actually, it just sends the selected files to the registered app and leaves it up to the app to decide how to work with them.

There is at least 1 quick and easy alternative though:

Open the Send To folder ("C:\Users\YOURNAME\AppData\Roaming\Microsoft\Windows\SendTo") and add an entry for the app. The target would be the app you wish to feed/send file selection to:

You don't need "%1" placeholders or anything else. You don't have to write an intermediary to do anything, just send the files directly to the actual app. It will work fine, as long as the app will accept more than one file on the command line.

The only minor thing is that it resides on a "shared" or general sub menu rather than a top level context menu. It is also not "smart" in so far as it is available for any file extension unlike a proper ContextMenu handler, but it is a quick and easy, no-code solution which has been around for a long time.

You can also change the verb qualifier/mode, which sounds like the easiest way. Take for instance, VideoLan's VLC player:

If you click on multiple .MP4 files rather than open multiple instances, it opens with one of them and the rest are queued for play. This is done by modifying the verb in the registry:

MultiSelectModel is a modifier for the Open verb:

For my MediaProps applet, since it is concerned with the same file types, I piggybacked my verb onto the file types of VLC by adding a ViewProps verb which was set as MultiSelectModel.Player and generally worked in so far as my verbs did not confuse VLC.

Unfortunately, there is still something amiss that I have not yet identified. Windows seems like it still is not gluing all the files together as expected - even if I make my own verbs. There is a step missing either in the registry config or with the app -- but with two other ways to do the same thing, I have never investigated further.

Many proposed solutions end up being a game of Whack-a-Mole where you have to fix the same 1 file-1 instance problem in an intervening app so it can feed concatenated arguments to the final actor. Since the end result is to have an Explorer ContextMenu to do something useful, lets just build a ShellExtension for this other application.

This is easy because a framework is already done and available on CodeProject: How to Write Windows Shell Extension with .NET Languages. This is an MS-PL article complete with a finished ShellExtension project.

With a few modifications, this will work perfectly to:

The test bed for this is an applet to display the MediaInfo properties of media files (things like Duration, Frame Size, Codec, format etc). In addition to accepting Dropped files, it uses a ContextMenu DLL helper to accept multiple files selected in Explorer and feed them to the Single Instance display app.

Since this was first posted, I have revised and updated the original MS-PL article making it much easier to use. The revision is also at CodeProject Explorer Shell Extensions in .NET (Revised) and still contains a VB and C# version.

In the revised version, rather than having to make changes here and there, they are consolidated to a single block of variables. The article also explains why you might want to use the C# version, and provides links to articles explaining why it is not a good idea to use managed code for Shell Extensions.

The 'model' remains that of a Shell Extension to simply launch a related app.

The balance of this answer is still worth reading for the general concepts and background. It doesn't seem right to change it well after the fact even though much of the Code Changes section doesn't apply to the revision.

For instance, I changed the assembly name to "MediaPropsShell". I also removed the root namespace but that is optional.

Add a PNG icon of your choosing.

Pick the appropriate platform. Since the original has 2 installers, you may have to specifically build an x86 version for a 32bit OS. AnyCPU works fine for 64bit OS, I'm not sure about x86. Most systems which use this model supply a 32 and 64 bit DLL for the shell extension helper, but most in the past could not be NET based either where AnyCPU is an option.

Keep the target platform as NET 4. If you did not read the CodeProject article or have not researched this previously, this is important.

As published on CodeProject, the handler also only passes one file and associates itself with only one file type. The code below implements the handler for multiple file types. You will also want to fix the menu names and so forth. All the changes are noted in the code below prefaces with {PL}:

Just below a bit needs to be changed in the IShellExtInit Members REGION as well:

The original code actually does have code for a multi file method which is commented out. I actually did not see it before adding one. The changed part is between the star strings.

Also, it is sad to say, but with Option Strict, you will have to make 10 or so small changes to Microsoft's code. Just accept the changes IntelliSense suggests.

The model of a separate DLL to provide ContextMenu services on behalf of an EXE "engine" is very common. This is what all the xxxShell.DLL files are which you often see in folders along with program executables. The difference here is that you are building the DLL rather than the author of the app in question.

The ReadMe in the original MS project describes this, but after you compile, copy the file to where it will reside and register it:

Use the RegAsm found in your Microsoft.NET\Framework64\v4.0.xxxx folder. This will have to be done from a Command Window with Administrator privileges (or the equivalent script). Alternatively for a deployed app, you can have the target app register/unregister the helper DLL using the Public Regster/UnRegister methods.

Warning: make your code changes carefully and test things like loops and string formats before you compile; you want as few compile-test iterations as possible. The reason is that once you activate your new context menu, the DLL is in use by Explorer and cannot be replaced by a new build. You have to terminate the explorer.exe process (not just File Explorer!) to register and try a new build.

There may be a another way, but I just close any Explorer Windows, then log off and right back on.

If I right click on one of the registered file types, I get the menu as expected with the correct menu text and bitmap image:

If I click, the applet comes up as expected with multiple files in one instance: 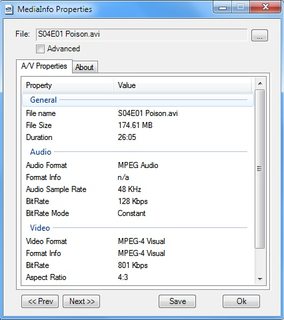 Note how the Prev/Next buttons at the bottom are enabled to move from file to file which is not the case when 1 file only is loaded.

How to Write Windows Shell Extension with .NET Languages. This is an MS-PL article complete with a finished ShellExtension project. The above is a set of mods to make it work with multiple extensions and multiple files, so the original project is required as a starting point.

Why not write a .exe with Make single instance application checked.

If interested i can place some code getting you started

EDIT: I discarded this solution because I've discovered that this approach has very bad disadvantages.

So, this is how it looks in VB.Net this easy approach (thanks for @Roy van der Velde)

It stores the filepaths in a string builder in this format:

After an inactivity time (using a Timer), the filepath arguments are passed to the specified application, and that's all.

The code is rehusable and customizable :)

It should be marked as single-instance if VB.Net, if C# then use a Mutex or... I don't know how to.

Not the answer you're looking for? Browse other questions tagged c# .net vb.net windows explorer or ask your own question.

0
Multiple inputs in a windows batch file using FC
0
How to make context menu to open multiple files in one process in C# Winform program?
0
How to send multiple files to program with Windows Explorer Right-Click?

302
How can I detect the encoding/codepage of a text file
4
open program once with multiple files as arguments from explorer
242
How can I auto-elevate my batch file, so that it requests from UAC administrator rights if required?
1
How to pass multiple associated files to a program?
0
Explorer Contextmenu program possible to start only once for multiple marked files?
2
Windows Explorer and Reparse Point Files: keep Explorer from opening my files