How to find my Google Play Services Android BASE64_PUBLIC_KEY

This question was asked here Android App base 64 public key two years ago, but the interface to the Google Developer Console has changed since then. Some documentation refers to http://market.android.com/publish/editProfile and everything else that the documentation states is there can be found instead by going to the developer console and then to Settings and then Account details. Not so the key. I have also seen documentation that says the key can be found on the "Services & APIs page in the Developer Console" - Under settings, there is an API section but this is for interfacing to the developer console and you have to "create a project" to gain access. I don't think this is what I need either. There is no services section.

android google-play-services
Share
Improve this question
edited May 23, 2017 at 11:46

The way to find it now it Developer Console > Select your app > Development Tools > Services & APIs.

Now After new Console Update Its Under

My problem was that I wanted to test before the app was uploaded on to the play store. By starting to create a Play listing for the app (no need to fill anything out) it is shown as Draft. At his point the Services & APIs section becomes available and the key can be copied.

UPDATE: http://developer.android.com/google/play/licensing/licensing-reference.html states that you can no longer test Licencing unless it has been published to at least Alpha.

So, Ignore any documentation that states you can test unpublished apps. Also, ignore the text in the developer console under where you can set a test response in the settings that says: "All accounts listed above will get the Licence Test Response. The account owner (but not the other test accounts) will also get this response for applications that have not been uploaded to Google Play yet."

In the developer console, select your app > Services & APIs > "YOUR LICENSE KEY FOR THIS APPLICATION Base64-encoded RSA public key to include in your binary".

In the Google Play Developer Console, select your app and navigate to the following path.

Then under the top heading "Licensing & in-app billing" you can find your license key for your application. 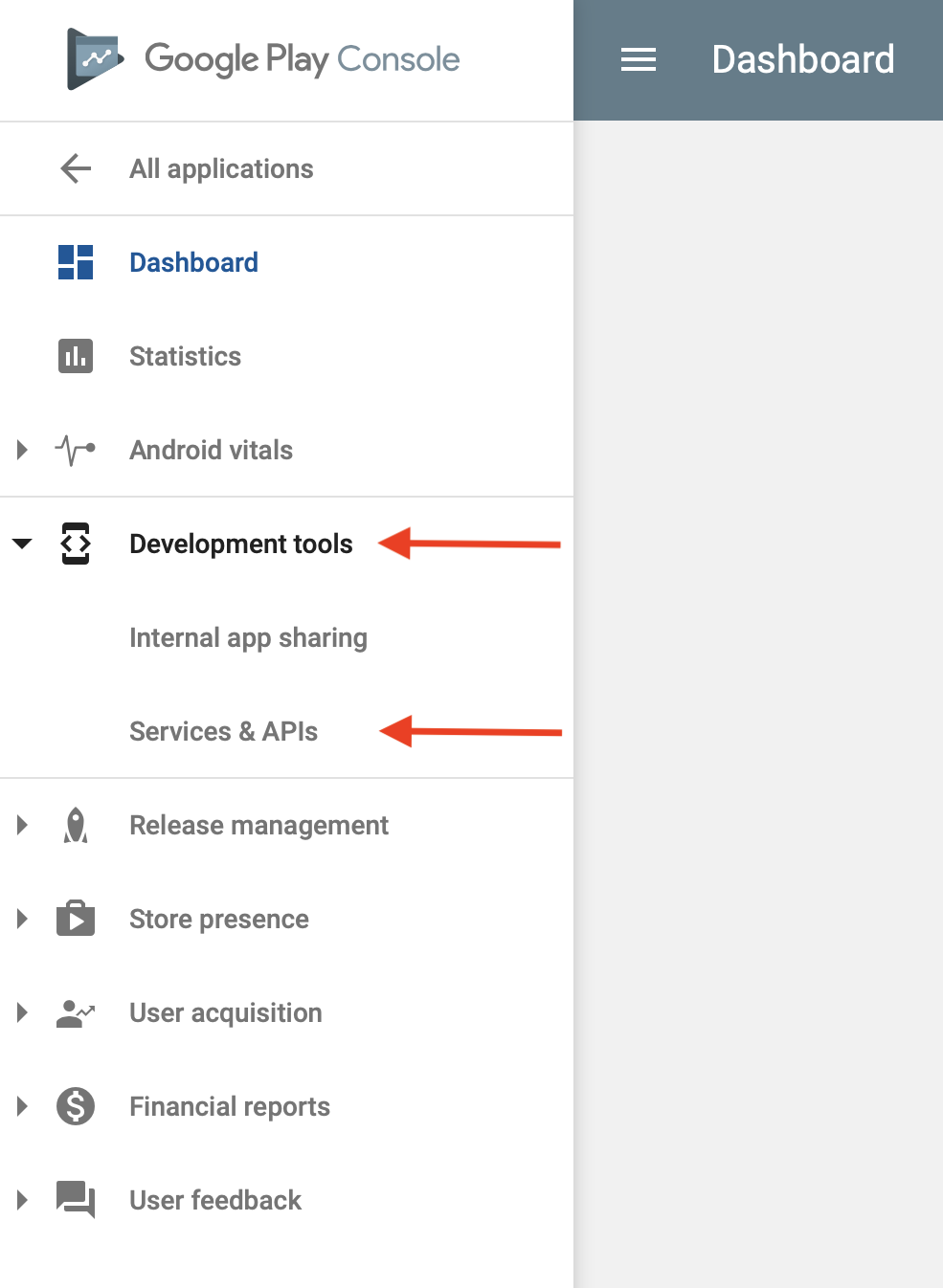 Not the answer you're looking for? Browse other questions tagged android google-play-services or ask your own question.

2045
How to lazy load images in ListView in Android
1934
How to get screen dimensions as pixels in Android
4207
How to close/hide the Android soft keyboard programmatically?
3094
How to stop EditText from gaining focus when an activity starts in Android?
1969
"Debug certificate expired" error in Eclipse Android plugins
2988
Is there a unique Android device ID?
1228
Android SDK installation doesn't find JDK
3905
Proper use cases for Android UserManager.isUserAGoat()?
660
How to install Google Play Services in a Genymotion VM (with no drag and drop support)?