The import com.google.android.gms.location.LocationClient cannot be resolved

I am making an android application that uses Google maps. I had the code working perfectly until I upgraded Eclipse from Juno to Luna. I also updated some revisions of the SDK that were published. After this, a lot bunch of errors appeared in my code (whose was working nicely before, maybe from the Eclipse update). After repairing the errors and re-importing the libraries, one error remains "The import com.google.android.gms.location.LocationClient cannot be resolved". After some searches online I found that the "google-play-services_lib" is needed to be imported again and by the error log it isn't found. I checked in the buildpath and properties of my project and the library and folder were present. I deleted them and re-imported again just to be sure, but the problem persists. 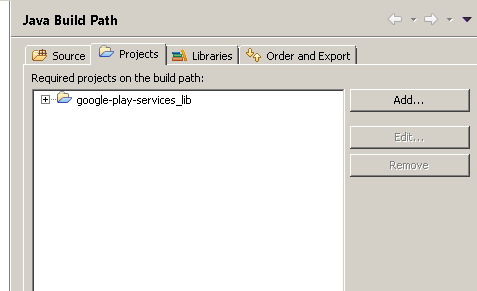 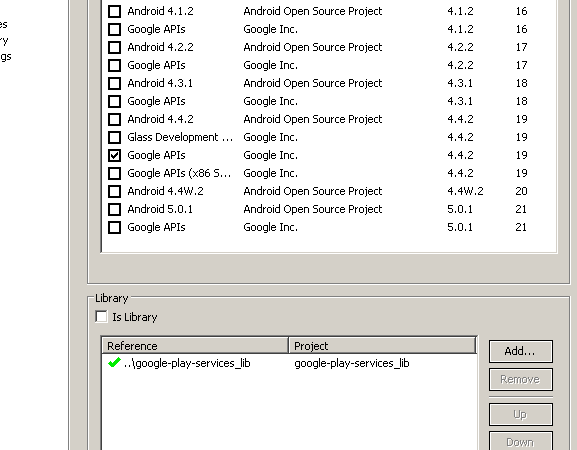 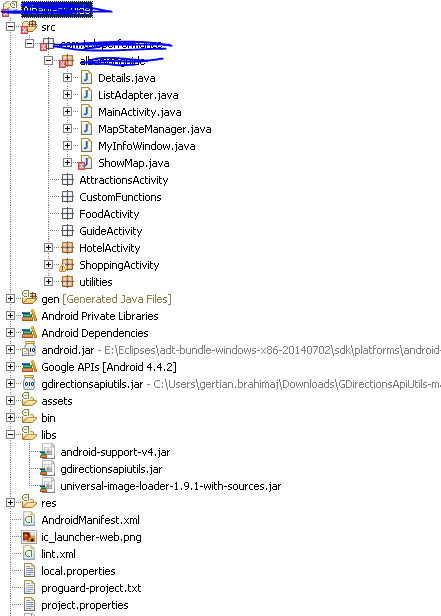 What I don' understand is how it is possible that the same code worked and now it doesn't. I have even downloaded the Android Studio, downloaded the Google Play Services from there to a new location, imported it and still the same. Any help would be really appreciated.

To be sure did you check box Is Library: at workspace right click on google-play-services_lib -> Properties -> Android?

In Project Properties->JavaBuildPath section-> order and Export section. Make sure checkbox is checked or not for googlePlayService. And then clean your project and re-build.

Not the answer you're looking for? Browse other questions tagged java android eclipse google-maps location or ask your own question.

3953
What are the differences between a HashMap and a Hashtable in Java?
3344
What is the difference between public, protected, package-private and private in Java?
1094
R cannot be resolved - Android error
4026
How do you close/hide the Android soft keyboard programmatically?
6034
What is the difference between “px”, “dip”, “dp” and “sp”?
990
Can't start Eclipse - Java was started but returned exit code=13
320
LogCat message: The Google Play services resources were not found. Check your project configuration to ensure that the resources are included
613
Update Eclipse with Android development tools v. 23
792
Error retrieving parent for item: No resource found that matches the given name after upgrading to AppCompat v23