Exception when publishing, exception message [Exec timed out or was interrupted after .. ms]

I need to create a Jenkins job that runs a PowerShell script on another server over SSH. I am using 'Send files or execute commands over SSH' option to do the needful. The 'Exec command' field has value "cmd /c XCopy.bat" where XCopy.bat (batch file present on the other server - Windows server 2008 R2 - where my SSH is installed) in turns runs the PowerShell. The job is simply to copy a folder and its content to another location.

When I build the job, the copying is done as desired. However, the job terminates in Unstable build. Here are the logs:

I have tried different 'Exec timeout (ms)' values and (un)checked 'Exec in pty' but to no success.

I have tried to find answers on different forums but none has been exactly useful.

This issue can be resolved by changing the Job configuration. When using Send Files or execute commands over SSH

This will help you in avoiding the timeout exception. It has worked for me, so hopefully it will work for you too. 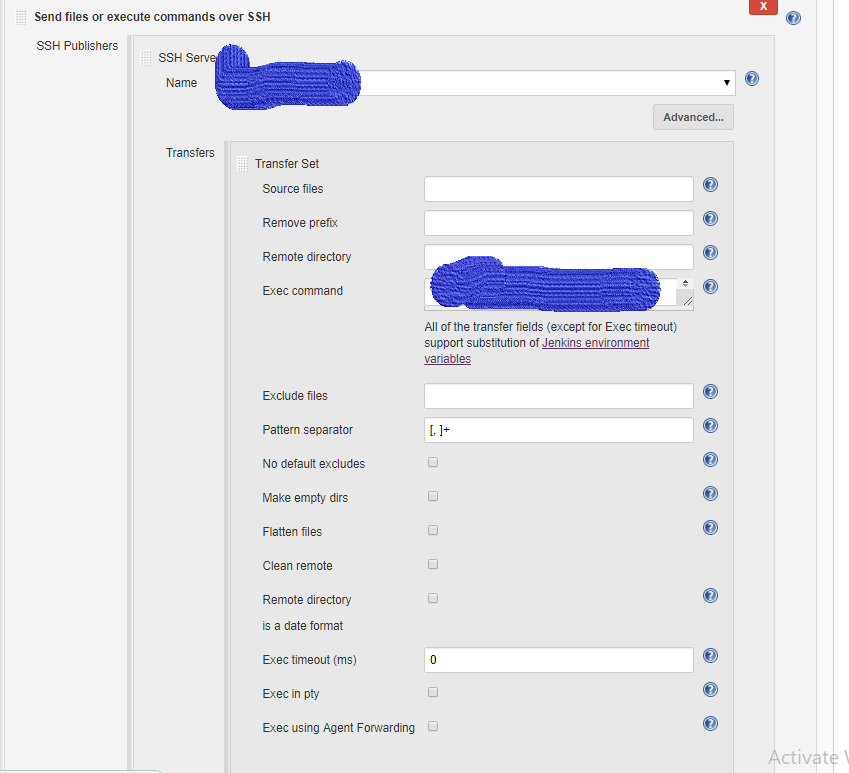 relate to Jenkins Text-finder unable to success my Build

rojo's suggestion of redirecting output worked for me. I appended this to my script:

Not the answer you're looking for? Browse other questions tagged windows powershell batch-file ssh jenkins or ask your own question.