You must set at least the FileName property before you start the process. The file name is any application or document. A document is defined to be any file type that has an open or default action associated with it. You can view registered file types and their associated applications for your computer by using the Folder Options dialog box, which is available through the operating system. The Advanced button leads to a dialog box that shows whether there is an open action associated with a specific registered file type.

In your case fraps.exe is not a registered file type associated application. So give FULL PATH to fraps.exe

The Code Example would be like the following (Find fraps installation on your hdd and replace path to fraps.exe in second line)

Windows does not know what "fraps.exe" is, and it can't find such an executable file in the folders it is told to search in.

Let's verify this. Open a command prompt and type in "fraps.exe". It should not matter where your current directory is; the home folder should do nicely. 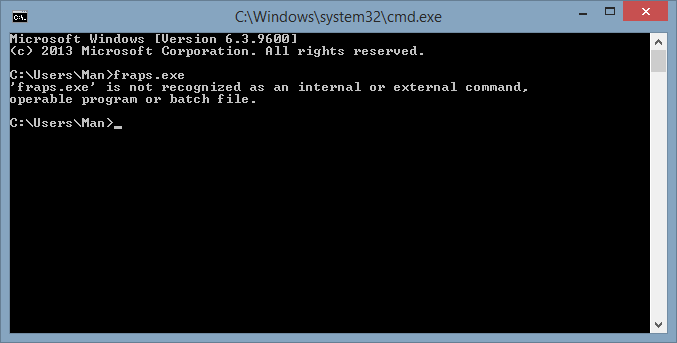 As long as you have not installed fraps to your home folder, this is what you should see. Now, why would this work for "chrome.exe" (presumably, not the case on my system) but not fraps?

Behind the scenes, Windows is told to look in a number of folders when you type commands. You can see the full listing if you type in SET into the prompt, and search for PATH. 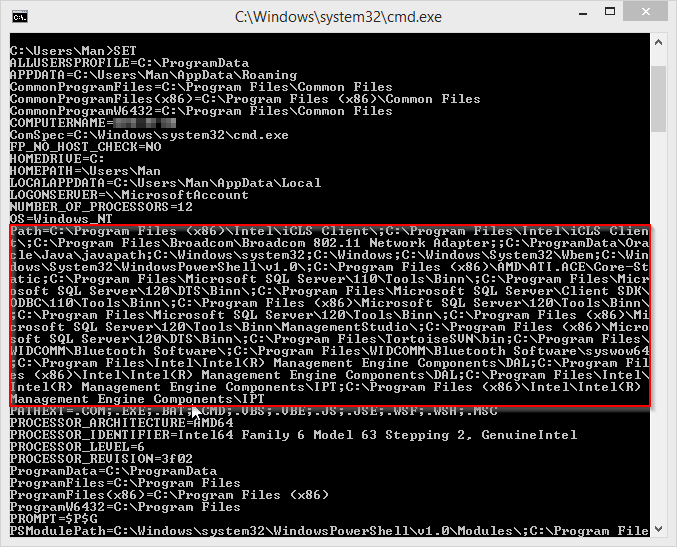 That's a bit of a mess, but it's where Windows is going to look for the program you want after looking in the current directory.

In this case, Windows can't find "fraps.exe" in the current directory (your bin\Debug folder) or any of the folders in PATH. So it throws its hands up and says The system cannot find the file specified.

You have two options to fix this:

Two: add the fraps install folder to the PATH environment variable. This more tricky and complicated, but you more or less append the path that fraps in installed to into the PATH variable. You can either do this, or rely on the end-user to do this (though that does not sound like a good idea to me).

Both options require that you know where fraps is installed to, so it's a good idea to hardcode the value (if this program is only for yourself) or ask the user for the install path when starting/installing the program.

If the exe which you will call is 32bit then your code must be 32bit also. AnyCpu or 64bit gives that error.

IMHO, you can call any program that has a path entry in environment. Here, we are not sure if the exe exists in the bin directory of the executing application. Could you have tried with the full path, you would not have got the exception

I would suggest that you can bootstrap the exe as part of your app, since its not part of windows or you could hint the user to make sure path is in environment variables.

Was having the same problem from Process.Start(). I had an EXE whos solution platform was targeting "Any CPU".
My app was installed on a 64 bit CPU running EXCEL (also 64 bit).

The solution was to target an x64 build. (A.Kadir Bener eluded to this)

To change the Solution Platform Right Click the solution in Solution Explorer...scroll down to Configuration Manager...
Under Active solution platform: select x64 (if an option)
If x64 is not an option then select New...
Under Type or select the new platform...select x64

Not the answer you're looking for? Browse other questions tagged c# process or ask your own question.

0
Process.Start can not find file specified, but it is definitely there - why?
0
Exception thrown when trying to open a PowerPoint file with C#