If a timestamp is discovered, then the code signature is valid until the end of time, as long as the code remains unchanged

I would like to verify this is actually true though. If I change my computer's clock settings to a later date, past when the certificate expires, I get the following Java Exception in IE, Firefox and Chrome:

Does this mean that the applet will actually fail in a few weeks when the Code Signing Certificate expires, or is this test of changing my computer clock just invalid? Any references either way?

The code Signing Certificate has expired several months ago now, and I can confirm everything is still working fine. The Java popup that comes up (the first time visiting the site) says: "The web site's certificate has been verified."

Changing the local timestamp wasn't a valid test of this after all.

As @Gabriel pointed out in a comment to the original question the problem you experienced was due to revocation checking.

I experienced this while testing with safari, and worked around it by configuring java to allow certificates to be trusted even if revocation status could not be verified, and not to check for certificate revocation.

See the following screen shots from the java console. 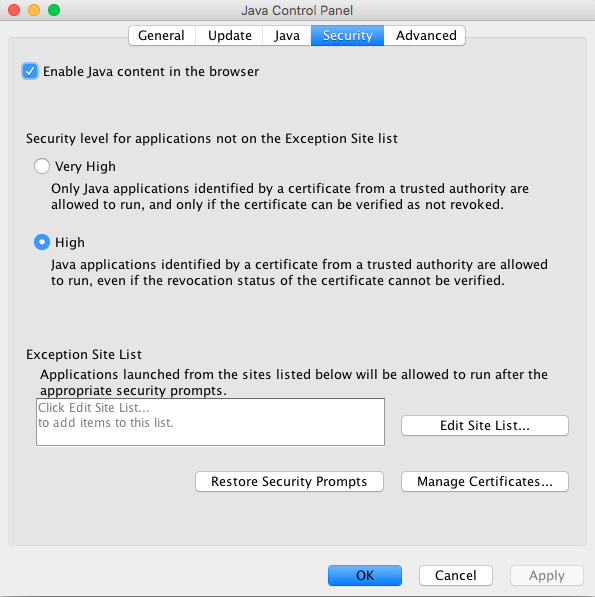 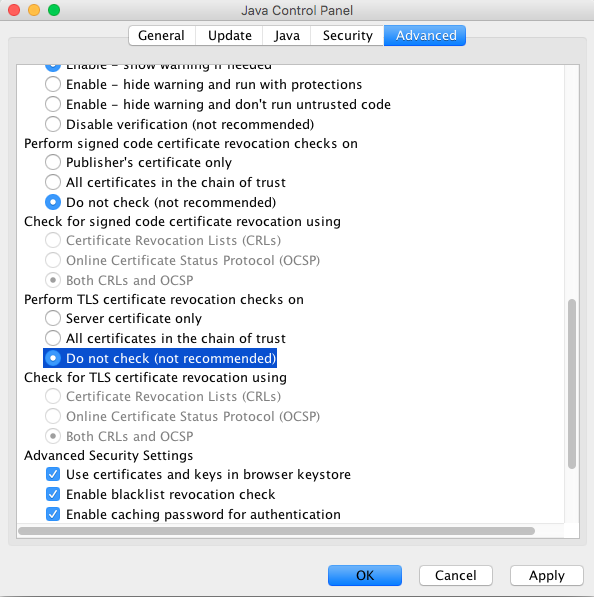 Not the answer you're looking for? Browse other questions tagged java security applet certificate or ask your own question.

2
Signing a java applet with an spc file from GoDaddy
30
OS X 10.8 Gatekeeper and Java applets
0
Sign java applet so that it works on OS X 10.8 Mountain Lion and Windows
1
How to sign Java applet with Apple Developer ID
5
Implementing Digital Signing in a Java Applet
0
Code signing certificate has to be imported from Java console to view Publisher correctly and avoid signature error
1
Self-Signing Java Applets
0
“Your security settings have blocked a self-signed application from running” with a real pfx signed jar
8
Applet blocked by java security settings in java 7