I was thinking about my first contact with html language and I remembered when I was looking for that specific button with the dot. It gives you some choices and you can select only one of them. I found out that it was called a radio button. I had no idea about how the word 'radio' was related to something like this and I think it's time to solve the mystery.

So my question is ... why is it called a radio button?
This question may not have a specific purpose but I'm still curious.

p.s. I had no idea about the tags I should use for the question so any suggestions for changes will be welcomed

In the early (pre-digital) days of car radios, most manufactures used the common convention of providing a few buttons under the dial that could mechanically store station presets, so the user didn't need to fiddle with the tuning dial to find a station. In some models, pressing one of these buttons would cause it to stay down until another was pressed. (But in many radios, none of the buttons actually stayed down. In either case, only one button could be pressed at a time.) 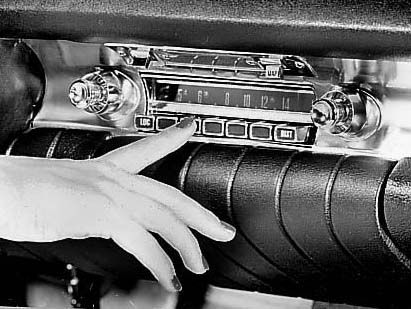 Here is a link to an article that explains why it's called a radio button:

A radio button or option button is a type of graphical user interface widget that allows the user to choose one of a predefined set of options. They were named after the physical buttons used on car radios to select preset stations – when one of the buttons was pressed, other buttons would pop out, leaving the pressed button the only button in the “pushed in” position.

Also a section about Radio Buttons on a Microsoft site says:

Radio buttons are so called because they function like the channel presets on radios.

Radio buttons were named after the physical buttons used on older radios to select preset stations. Taken from Wikipedia: Radio Button. It was named this because on old radio buttons, you could only select one option at a time, rather than checkboxes, where multiple options can be selected.

The answer from wikipedia ：Radio buttons were named after the physical buttons used on older radios to select preset stations1[2] – when one of the buttons was pressed, other buttons would pop out, leaving the pressed button the only button in the "pushed in" position.

Not the answer you're looking for? Browse other questions tagged user-interface radio-button history uielement or ask your own question.