In our C# clickonce application we want to get the user's screen size (width, height). At first everything worked fine with

Later on I noticed that on our Windows 8.1 laptop the values returned are 1.25 times less than the real dimensions of the screen. That's when I noticed we have a DPI problem with certain Windows versions on high resolution screens.

I know that moving on to WPF would be a good option, but we are in need of a quick and dirty fix. After searching by Google I found several approaches as described here and I decided to go with this solution. After all, even the MSDN Blog entries suggest to add the following snippet to the app.manifest:

Unfortunately I do not understand how and where to add this code. My manifest (automatically generated by Visual Studio) looks like this:

Note that I have removed commented parts to make the app manifest look smaller here. I have tried adding the snippet from above before </asm1:assembly> on the last line. Whenever I tried this, I get an exception before my application starts:

Oddly, someone else on stackoverflow.com suggested to uncheck Enable clickonce security settings in the app settings. This made the application start again and it worked on my laptop as expected: The app was upscaled and the text sharp. Also, I was able to get the correct screen size in pixels through my code.

Of course disabling the security settings is not an option if you want to deploy an application. So how can I fix this problem in order to get what I want? What am I missing? I am totally lost at this point.

The following error appears. I don't know how to get more information about the error, becuase there is none... 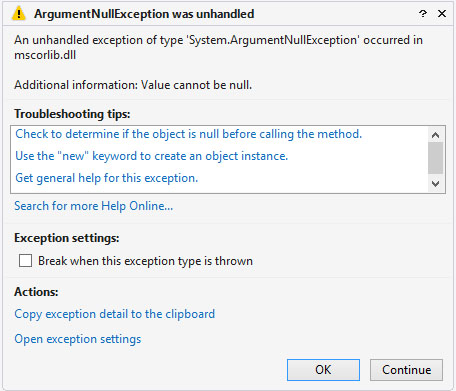 Maybe it is too late for answer, but according to the answer of the same problem

Not the answer you're looking for? Browse other questions tagged c# winforms clickonce dpi or ask your own question.

112
How to configure an app to run correctly on a machine with a high DPI setting (e.g. 150%)?
33
How to add an assembly manifest to a .NET executable?