How to better fit seaborn violinplots?

The following code gives me a very nice violinplot (and boxplot within). 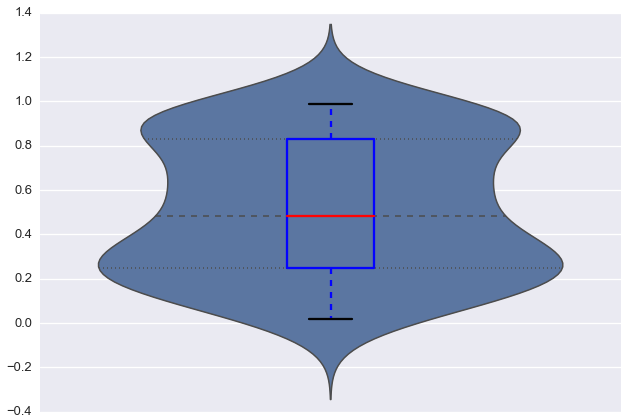 So far so good. However, when I look at foo, the variable does not contain any negative values. The seaborn plot seems misleading here. The normal matplotlib boxplot gives something closer to what I would expect.

How can I make violinplots with a better fit (not showing false negative values)?

As the comments note, this is a consequence (I'm not sure I'd call it an "artifact") of the assumptions underlying gaussian KDE. As has been mentioned, this is somewhat unavoidable, and if your data don't meet those assumptions, you might be better off just using a boxplot, which shows only points that exist in the actual data.

However, in your response you ask about whether it could be fit "tighter", which could mean a few things.

One answer might be to change the bandwidth of the smoothing kernel. You do that with the bw argument, which is actually a scale factor; the bandwidth that will be used is bw * data.std(): 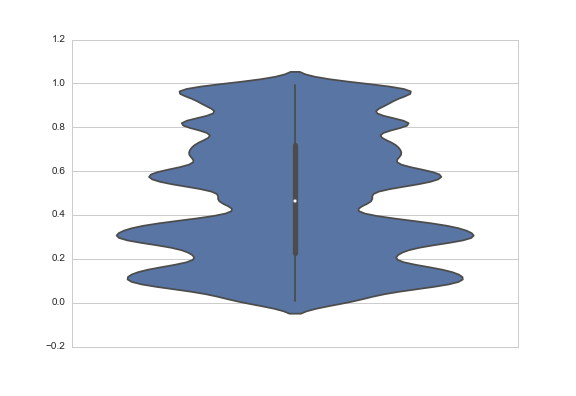 Another answer might be to truncate the violin at the extremes of the datapoints. The KDE will still be fit with densities that extend past the bounds of your data, but the tails will not be shown. You do that with the cut parameter, which specifies how many units of bandwidth past the extreme values the density should be drawn. To truncate, set it to 0: 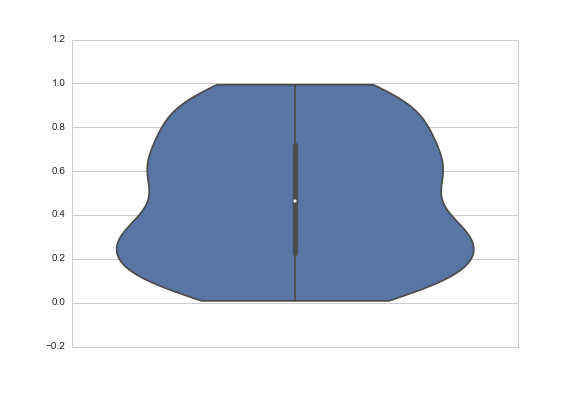 By the way, the API for violinplot is going to change in 0.6, and I'm using the development version here, but both the bw and cut arguments exist in the current released version and behave more or less the same way.

Not the answer you're looking for? Browse other questions tagged python plot statistics seaborn or ask your own question.

5890
How do I merge two dictionaries in a single expression (taking union of dictionaries)?
3231
How do I check if a list is empty?
6342
How do I check whether a file exists without exceptions?
5451
How to execute a program or call a system command?
4907
How can I safely create a nested directory in Python?
2617
How do you change the size of figures drawn with Matplotlib?
3357
How to get the current time in Python
3417
How do I sort a dictionary by value?
4256
How to make a flat list out of a list of lists
3466
How do I list all files of a directory?