How to Dynamically keep controls centered (relative position) on an MS Access form?

I'm working in Access 2013 and have a number of controls (listboxes, buttons, etc.) that I want to keep centered, as a group, on a form when the form is resized.

Anchoring won't accomplish what I'm looking for because I don't want to lock the controls to the top/bottom/left/right. I want them to stay in the center.

Simply using code like this me.mycontrol.left = myform.Width/2 on the form's resize event doesn't do what I'm looking for because it aligns the individual controls to the center. I want the group of controls to be centered.

Is there a way to do this?

EDIT: Here's an example, which may make this clearer. Suppose I have a 100 x 100 form with two buttons on it. The buttons are 20 units tall and are spaced 10 units apart. They'd have the following positions:

If the form is resized to 200 x 200, the controls would have the following positions:

Ideally, I'd love to turn this into a module, where I just pass it a form and it takes the original position of each control and calculates the new position.

Here's one failed attempt at it, using my real code, based onthe idea from Krish:

I think the anchoring actually is the answer. You simply create a layout grid around your controls and set anchoring like this:

This way your controls will stay always in the middle of the form/subform. 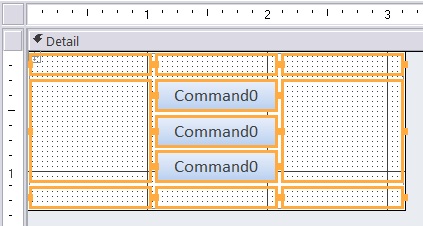 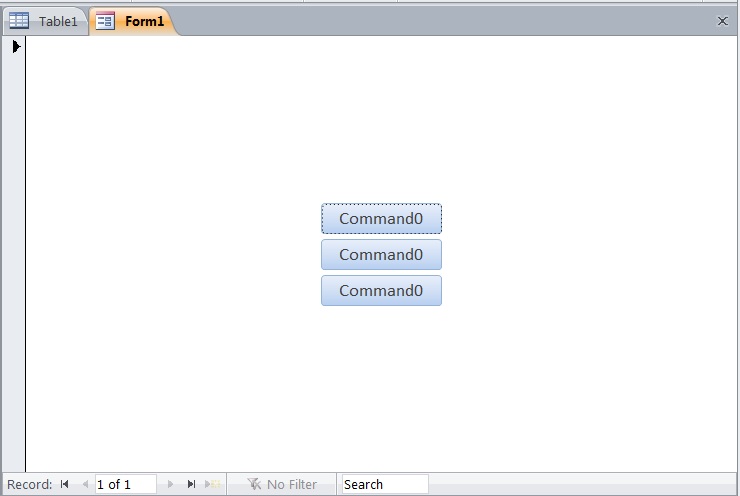 Adding borders can be quite a pain, but to some extent, it is possible. You can do this by setting gridline colors, setting the gridline style to solid to your buttons (default is transparent) and adding some padding. In the following example, I set the first button gridline style to solid for LEFT, RIGHT and TOP and set padding 0.1" for those sides as well. If you continue with a similar fashion, your result will look like this: 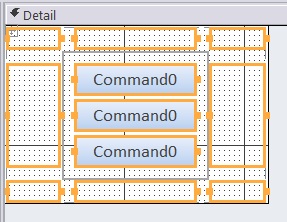 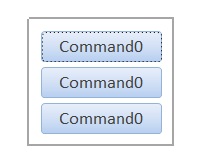 I could use meta code:

AFAIK there aren't any layout "containers" in MS Access (except the tabular/stacked view). Your best shot would be add a string to your components.Tag property and loop through that components that have to be re alighned

I realize this is many years late, but I have an alternate VBA solution for you. I wrote this out after trying many other people's code, but not being satisfied with how they worked.

What I wanted was to have ALL the controls to be centered within the form (pop-up form btw). However I didn't want them all mashed together right in the center, I wanted them to be "Grouped", and have the group of controls centered in the form rather than each individual control centered.

Another condition that I required was it needed to have the controls centered when the window was maximized, or in a smaller window. The controls needed to dynamically center in the form as the user adjusts the form size.

Then this is where the magic happens.

Now when you run your pop-up form, all the controls should be centered to the form as a group.

The answer submitted by Thebaby is an elegant solution - and I've tried several. I'm running Access 16 on Windows 10.

I recommend putting the Sub CenterControls() in a module as a Public Function and call it from the Form_Resize() and Form_Current() of each form where you use it.

As a Public Function you will need to replace all the references to Me, which can only be called inside a form, with screen.activeform and the relevant property.

Not the answer you're looking for? Browse other questions tagged ms-access access-vba or ask your own question.

160
How do you use version control with Access development?
1
Controlling size of forms in Access
1
Dynamic Access Form
0
MS Access VBA to set scrollbar position of a subform that is a continuous form
0
MS Access checkbox has value other than boolean 1 or 0
1
Change position of a field on Access form (Access VBA)
0
Dynamic Query in a MS-Access form
0
How to resize an access form to fit the screen