Trying to understand the math behind the perspective matrix in WebGL

All matrix libraries for WebGL have some sort of perspective function that you call to get the perspective matrix for the scene.
For example, the perspective method within the mat4.js file that's part of gl-matrix is coded as such:

I'm really trying to understand what all the math in this method is actually doing, but I'm tripping up on several points.

For starters, if we have a canvas as follows with an aspect ratio of 4:3, then the aspect parameter of the method would in fact be 4 / 3, correct? 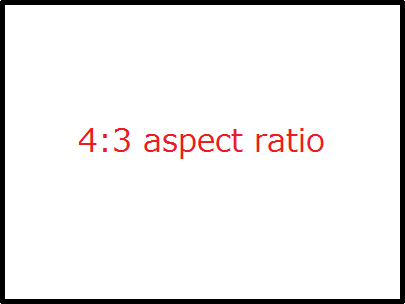 I've also noticed that 45° seems like a common field of view. If that's the case, then the fovy parameter would be π / 4 radians, correct?

With all that said, what is the f variable in the method short for and what is the purpose of it?
I was trying to envision the actual scenario, and I imagined something like the following: 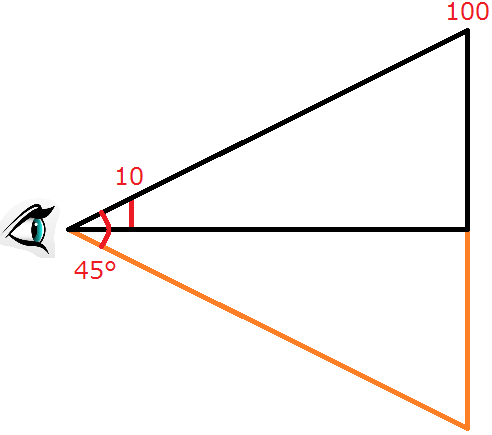 Thinking like this, I can understand why you divide fovy by 2 and also why you take the tangent of that ratio, but why is the inverse of that stored in f? Again, I'm having a lot of trouble understanding what f really represents.

Next, I get the concept of near and far being the clipping points along the z-axis, so that's fine, but if I use the numbers in the picture above (i.e., π / 4, 4 / 3, 10 and 100) and plug them into the perspective method, then I end up with a matrix like the following: 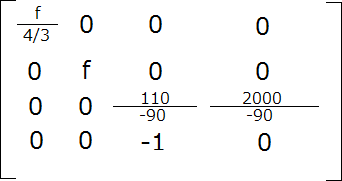 Where f is equal to:

So I'm left with the following questions:

Lastly, I should note that I have already read Gregg Tavares's explanation on the perspective matrix, but after all of that, I'm left with the same confusion.

Let's see if I can explain this, or maybe after reading this you can come up with a better way to explain it.

The first thing to realize is WebGL requires clipspace coordinates. They go -1 <-> +1 in x, y, and z. So, a perspective matrix is basically designed to take the space inside the frustum and convert it to clipspace.

If you look at this diagram 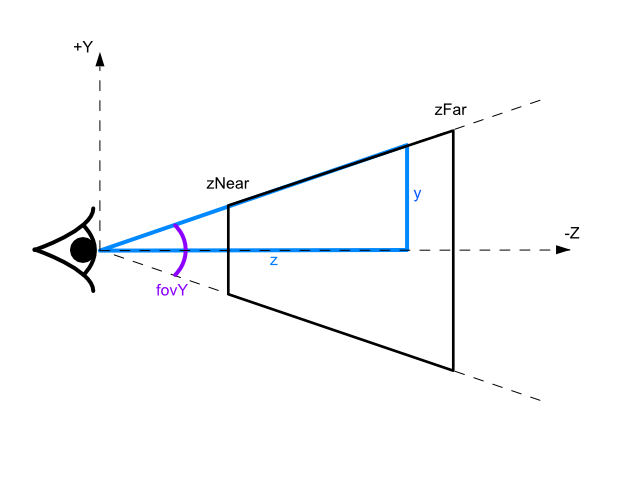 we know that tangent = opposite (y) over adjacent(z) so if we know z we can compute y that would be sitting at the edge of the frustum for a given fovY.

multiply both sides by -z

Does that make sense? Look at the diagram again. Let's assume that the blue z was -5 and for some given field of view y came out to +2.34. We need to convert +2.34 to +1 clipspace. The generic version of that is

we can see that f in this case

which is actually the same as

Why is it written this way? I'm guessing because if you had the first style and tan came out to 0 you'd divide by 0 your program would crash where is if you do it the this way there's no division so no chance for a divide by zero.

For clipX we basically do the exact same calculation except scaled for the aspect ratio.

The standard perspective matrix does this with as reciprocal function so that z values close the the camera get more resolution than z values far from the camera. That formula is

Let's use s for something and c for constant.

and solve for s and c. In our case we know

So, move the `c' to the other side

Those 2 things now equal each other so

move zNear to the right

move c * zFar to the left

dang I wish stackexchange supported math like their math site does :(

so back to the top. Our forumla was

And we know s and c now.

let's move the -z outside

Looking at the formula above that fits

I hope that made sense. Note: Most of this is just my re-writing of this article.

f is a factor which scales the y-axis, such that all points along the top plane of your viewing frustum, post-perspective-division, have a y-coordinate of 1, and those on the bottom plane have a y-coordinate of -1. Try plugging in points along one of those planes (examples: 0, 2.41, 1, 2, 7.24, 3) and you can see why this happens: because it ends up with the pre-division y equal to the homogeneous w.

Not the answer you're looking for? Browse other questions tagged math matrix opengl-es webgl perspectivecamera or ask your own question.

0
How to position an object for drawing in webgl? and why
0
Matrices and projection in webgl
0
Projection Matrix