What's the correct way to rotate a UILabel 90 degrees?

I'm attempting to rotate a UILabel 90 degrees within a UIView.

The following snippet is an attempt to write something in Swift that can do that:

I encountered couple compiler errors:
1) Attempting to convert radians to an angle encountered a double --> float conversion problem and hence, had to use '3.14' vs 'M_Pi'.
2) I got the following error when attempting to actually doing the transformation on UILabel:

What's the correct way to rotate a UILabel 90 degrees?

Okay... I got the transform syntax but...
Here's the original image:

My goal is to position 'TUE' vertically against the left side of the cell.
I originally tried a 90 deg counter rotation:

And got the following:

I tried to vary the degrees but can't get a solid vertical position.
I do/can I have tighter control over the transformation?

Is the correct way to perform the transformation of 90 degrees, where M_PI_2 is the predefined radian value for 90 degrees. 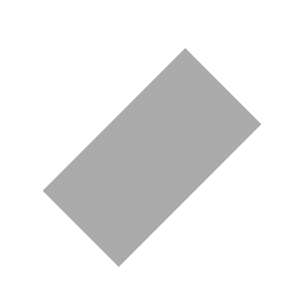 UIView.transform is a property of the UIView not a function.
Try setting self.label.transform = CGAffineTransformMakeRotation(angle) instead.

Apparently I have adjust down to the 1/100 of a counter degree to nudge it vertical:

Not the answer you're looking for? Browse other questions tagged swift rotation or ask your own question.

1377
Activity restart on rotation Android
417
Rotating videos with FFmpeg
3
Find delta angle to use for rotation given entity with position, initial rotation and target point to 'face toward'
1
UIImageView Rotation Matrix is Performing a Skew
0
UIImageView rotation with anchor point as right end
4
After rotating a linearlayout, the onclick events do not change position after the rotation
3
Kinect SDK - Transform the rotation of an angle by degrees
0
Achieving a Rotating, Movement, Scale animation effect with a UILabel letter. Swift
3
three.js rotation of camera around Y Axis seems off