GitHub: A tag but not a release

I want to tag a certain commit. When I push the tag, GitHub assumes it's a release, I don't want that.

Is there a way to just push the tag without releasing?

GitHub, by default, (like you can see in my project), but that doesn't mean it creates an actual release.

By default, a tag has one deliverable associated to the tag, and that is the compressed sources of the repo.

Creating a release means associating other deliverables (executables or other binaries) that you may wish to publish under that tag/release.
But you don't have to add any more files (other then the sources) if you don't want to.

So: by default, you don't have any release, only "release placeholders" (one per tag), for you to create a release.

As long as you don't upload a binary to a new release, the tags that you have pushed don't represent a release.

As of 2017-05-31, Github support has stated it's "not currently possible as all tags will appear in [the release] list" - they said they'd pass it along as a feature request, though.

Tags no longer show in the Release list view 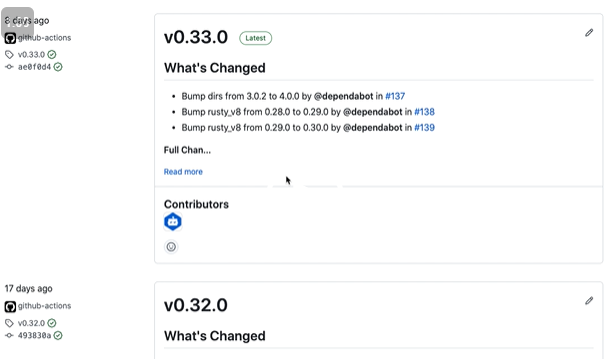 Give our new Releases UI Refresh a look, we changed the default behavior and no longer show tags without releases in the release list