Is bash a programming language?

disclaimer: a bit offtopic
So bash stands for Bourne-again shell. A (Unix) Shell is a command line user interface or maybe one could call it an interpreter (?)

So I'm filling out an application for a new job and you get asked for experience of different programming languages and then there is this box at the bottom other experiences - I started typing python 2.7, powershell, bas... Wait! bash isn't a programming language - it's a console that can execute shell scripts... so... eh.... oh my god I have no idea!

We can say that yes, it is a programming language.

According to man bash, Bash is a "sh-compatible command language". Then, we can say a "command language" is "a programming language through which a user communicates with the operating system or an application".

Bash is an sh-compatible command language interpreter that executes commands read from the standard input or from a file. Bash also incorporates useful features from the Korn and C shells (ksh and csh).

Bash is the GNU Project's shell. Bash is the Bourne Again SHell. Bash is an sh-compatible shell that incorporates useful features from the Korn shell (ksh) and C shell (csh). It is intended to conform to the IEEE POSIX P1003.2/ISO 9945.2 Shell and Tools standard. It offers functional improvements over sh for both programming and interactive use. In addition, most sh scripts can be run by Bash without modification.

And a UNIX shell is... http://en.wikipedia.org/wiki/Unix_shell

A Unix shell is a command-line interpreter or shell that provides a traditional user interface for the Unix operating system and for Unix-like systems. Users direct the operation of the computer by entering commands as text for a command line interpreter to execute, or by creating text scripts of one or more such commands. Users typically interact with a Unix shell using a terminal emulator, however, direct operation via serial hardware connections, or networking session, are common for server systems.

Bash most certainly is a programming language, one that specialises in the unix/linux shell scripting. It's turing complete so you could (theoretically) write any program in Bash.

There is no perfect definition of what a programming language really is but you can say that every language that is Turing-complete is a programming language in the sense of that every thinkable program can theoretically be written in it (even if it may be awkward to do so and even if it would be horribly slow to run). And Bash is Turing-complete, so there is nothing that could not be programmed in Bash.

The problem with Bash, shells in general is, that it lacks a lot of base functionality, thus when writing scripts for them, you often in fact call external programs to perform the desired work. But that's only taking a shortcut. E.g. if you'd need floating point functionality in a shell, you could actually implement it. It would be possible to write a full IEEE 754 standard implementation in everything that is Turing-complete. In practice such an implementation would be huge, require tons of memory and be horribly slow, so one better calls bc for that. But even implementing bc entirely in bash would be possible.

Here's a bash script I've once written that draws a Mandelbrot set to console. You better be prepared to get some cups of coffee if you want to see the final result, it's going to be a very long night:

For those who cannot wait that long, the result should look like this:

It shall resemble this kind kind of thing turned by 90 degree (and a bit squeezed): 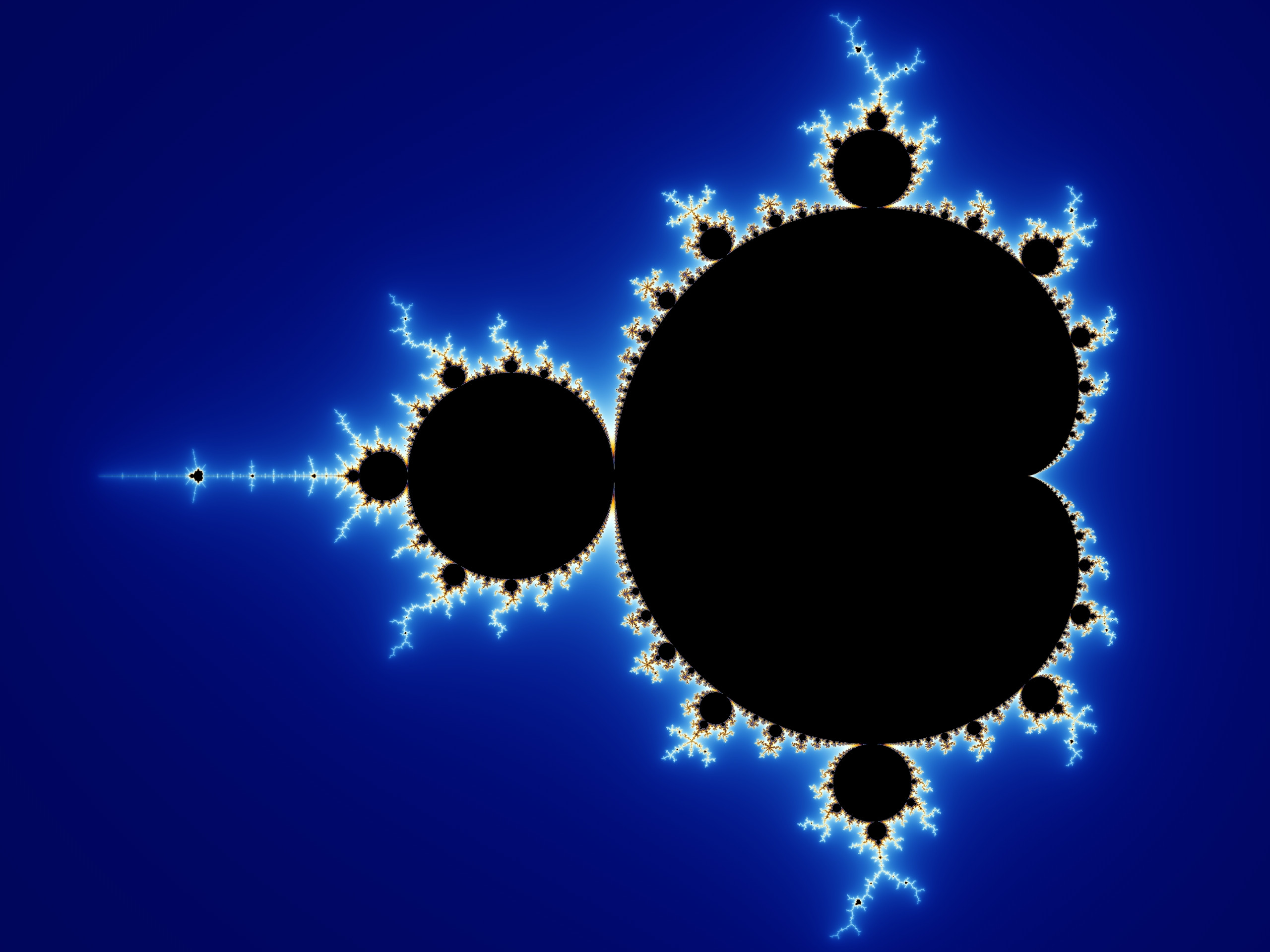 Comming on this SO question something late, reading fedorqui's answer, I think "programming language" is not exactly same thing than "command language", meaning a language intented to run commands.

About turing consideration, yes, you could... I personally wrote a lot of libraries around bash (around monitoring, backups, sysadmin, networking, etc.), but clearly for writting a program, you have to use a real programming language.

bash is a shell (like sh and others shell)! Meaning an overall aggregator language, or a super language.

First goal is to be an interactive command processor, in order to use and maintain posix systems.

One of his firsts applications was to create wrappers in order to prepare environment for running programs written in other languages.

So this command proccessor is ideal for systems, filesystems, networks and a lot of administation tasks, because it's interactive and using his history make creating script job just easy.

This could open a lot of interactivity between systems, networks, iot, etc...

A script could for sample (see further my shell connector demo).

Comments on Mecki's anwers show a good sample of how bash could be used to deal with other binaries (bc for Mandelbrot)...

Where shell is used to run bc and aggregate his answers.

I wrote some scripts showing this powerfull parallelisation capabilities:

In order to do some monitoring, checks against differences or so one, we could create a script to open many simultaneous connections to many differents targets, using one of netcat, sql-client, ftp, open-ssl s_client, ssh or else...

... with the ability of running sha1sum, grep, xmlint or bc (if not already backgrounded) when required, while connections stays open...

shell is a super-language, useful to aggregate a complex application using many programs in various languages.

Not the answer you're looking for? Browse other questions tagged bash or ask your own question.

4144
How can I check if a directory exists in a Bash shell script?
5729
How can I get the source directory of a Bash script from within the script itself?
2352
How do I parse command line arguments in Bash?
3182
How to check if a string contains a substring in Bash
2756
How can I check if a program exists from a Bash script?
3748
How do I tell if a regular file does not exist in Bash?
2557
How do I split a string on a delimiter in Bash?
2545
Extract filename and extension in Bash
3257
How to concatenate string variables in Bash
3120
Echo newline in Bash prints literal \n