What Is Result Of calc() In CSS

We have now started using calc() in css, for setting widths on a result of calculation. For example:

But now, there are two possibilities

you can also see this fiddle: http://jsfiddle.net/8yspnuuw/1/

I know the width of child will become 160 px when it is rendered. okay! but thats not what is set in css right? css sets it in %, it is just rendered in pixels.

So similarly, using calc, does it return % or pixel

Or to explain my question, read BoltClocks answer, what is the computed value, (and not the used value, i know that is in pixels)

The spec does not define very strictly what the computed value of a calc() expression is, however it does say that percentages are never calculated as part of the computed value. How exactly this value is represented is left as an implementation detail.

If you see a pixel length instead of a percentage, then that length is the used value, not the computed value, because the pixel value can only be determined after calculating any percentages and laying out elements.

Note that getComputedStyle() may return results that are inconsistent with the CSS definition of "computed value". This is one of many unfortunate consequences of browsers doing their own thing back in the 90s.

The rendered widths are in pixels. 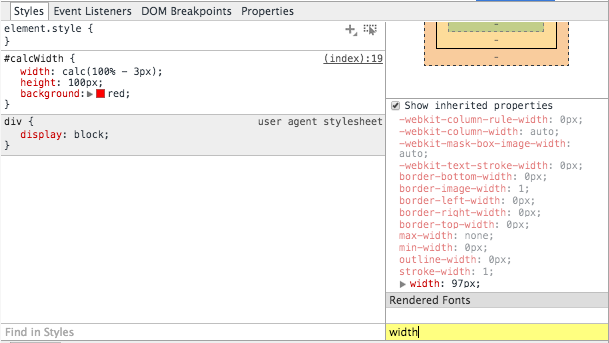 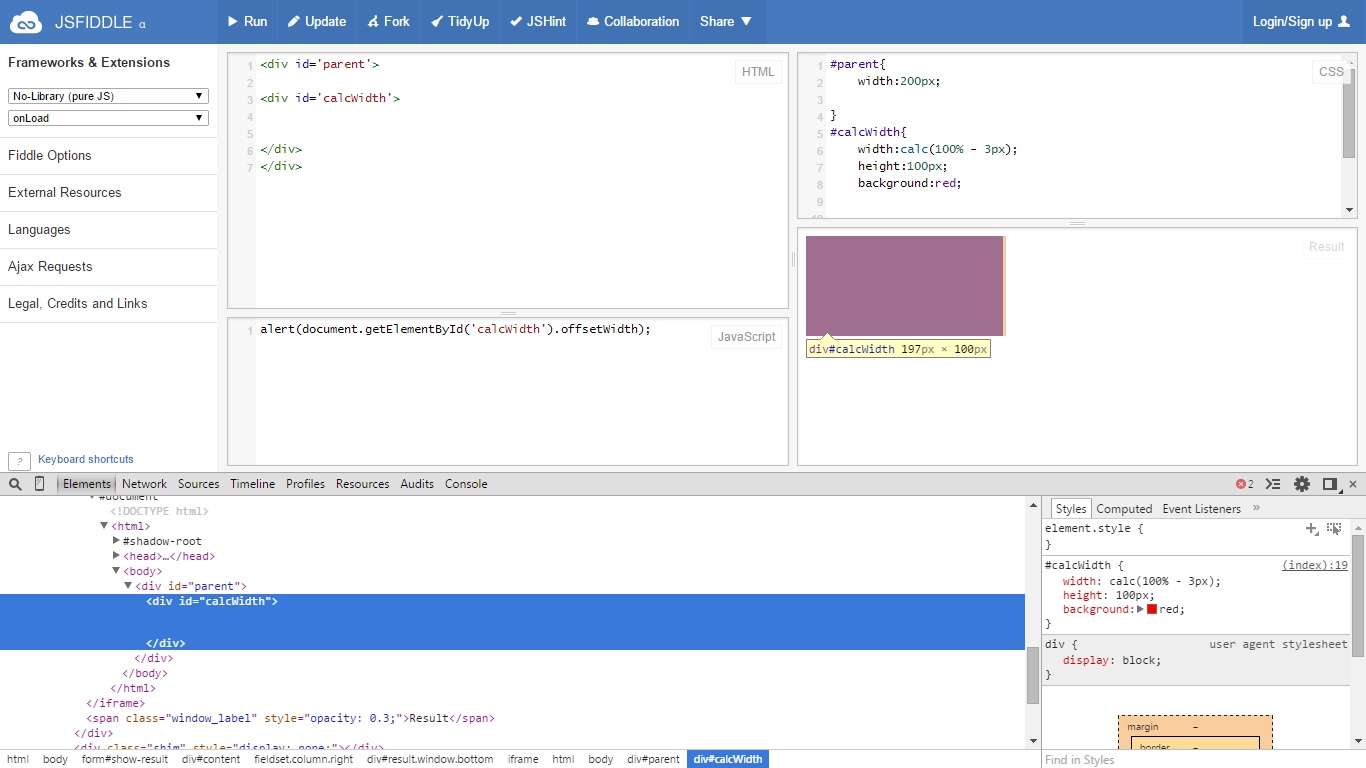 CSS does not support dynamic values (bedides simple percentage values like width: 100%;). That means the 100% within calc() are converted one time initially to px and not continiously.

That already answers your question. The %-value gets converted into px end you end up with 97px. You can confirm that with window.getComputedStyle() or by taking a screenshot and measure it.

Not the answer you're looking for? Browse other questions tagged css css-calc or ask your own question.

85
How to set border's thickness in percentages?
4
Getting result of CSS calc to set custom properties

3388
Set cellpadding and cellspacing in CSS?
822
CSS 100% height with padding/margin
2327
How do I give text or an image a transparent background using CSS?
3322
Is there a CSS parent selector?
4051
Change an HTML5 input's placeholder color with CSS
2234
How can I transition height: 0; to height: auto; using CSS?
1456
Sass Variable in CSS calc() function
2873
Is it possible to apply CSS to half of a character?