For iOS projects in Xcode, why is the test target set to build by default on Run?

We were running into issues trying to add a test target to a project we inherited. The test target was working, however Running the app would always fail due to an error in the test target. We were puzzled by this and eventually found a boolean setting in the scheme that was on by default: 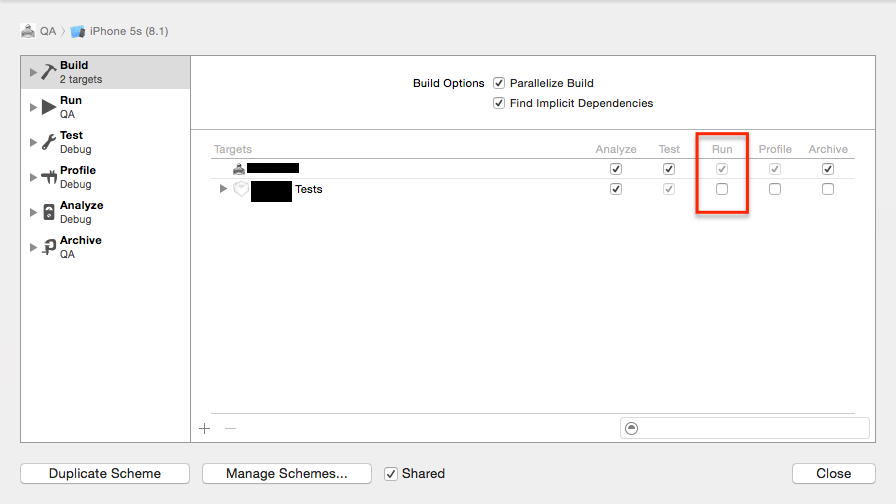 In the image, I unchecked it, but the test target for Run had a checkmark in it. Removing the checkmark made everything work again.

Why would Apple want Running your application to build your tests also? This makes us think there might be consequences we should be aware of.

Not the answer you're looking for? Browse other questions tagged ios xcode testing build-process target or ask your own question.