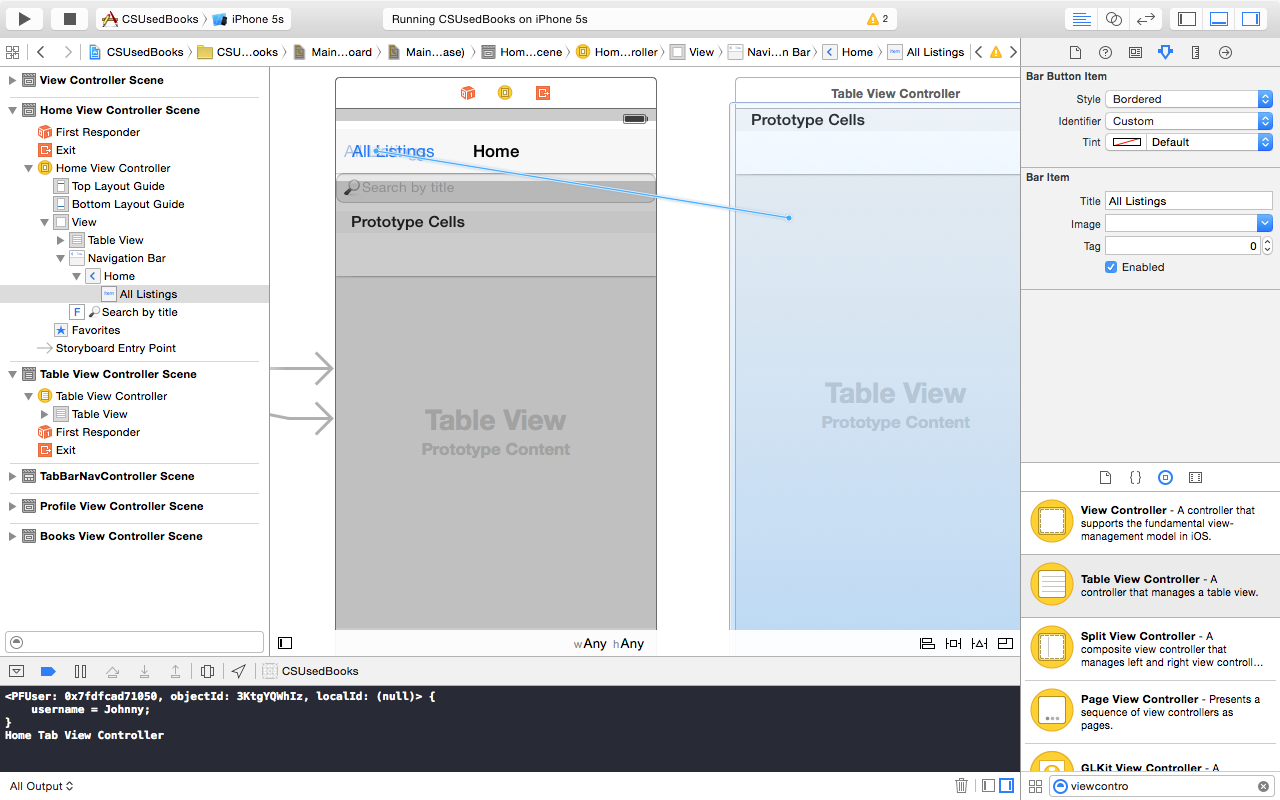 Maybe the problem is the kind of segue that you are you using. The Segue type should be "Show (e.g Push)". Click on the segue and in the right panel go to the "attributes inspector" (the 4th one). And here you can check the type.

So, you either forgot to put a navigation controller into play or your segue is modal and not push.

Well, it's two years since you asked your question, but when it happened to me, I realized it was because at one point, I had accidentally created my segue as a different kind of segue (a detail one, I think), but changing it back to a "Show" segue didn't actually change it's behavior. When I found the segue in my storyboard xml, it was listed as a "Show" segue, but with a different custom action that suggested it was going to do something completely different.

Anyhoo, deleting and recreating the segue in Xcode fixed it. I probably could have also deleted that custom action in the xml file, too.

Not the answer you're looking for? Browse other questions tagged ios objective-c iphone xcode or ask your own question.

227
How do I change the title of the "back" button on a Navigation Bar
215
iPad keyboard will not dismiss if modal ViewController presentation style is UIModalPresentationFormSheet
52
Modal segue, navigation bar disappears
4
Navigation bar not visible when manual segue
0
Replace navigation bar cancel button with back button
296
Best practices for Storyboard login screen, handling clearing of data upon logout
17
Unwind segue from navigation back button in Swift
20
Navigation Bar not selectable in Show Segue, Xcode 6.1
100
xcode/storyboard: can't drag bar button to toolbar at top
589
Presenting modal in iOS 13 fullscreen