I could get the size info using groupby and add text to the corresponding location. But I can't help thinking there's a better way as this really seems mundane, something many people would like to see...

To illustrate, the following code would generate a grouped boxplot 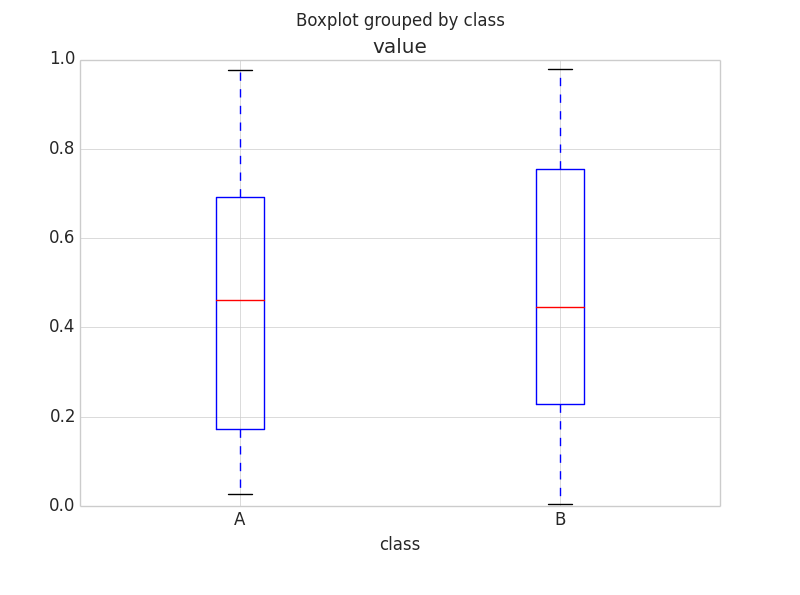 What I'd like is to show the sample size of each class A and B, namely 24 and 76 respectively. It could appear as legend or somewhere near the boxes, either is ok with me.

n in the class ticklabels. I tried it as a legend but I didn't think it was as clear. R has a lot more boxplot options, including making the width of the boxes proportional to sample size; not a default in matplotlib but easy and seems really readable: 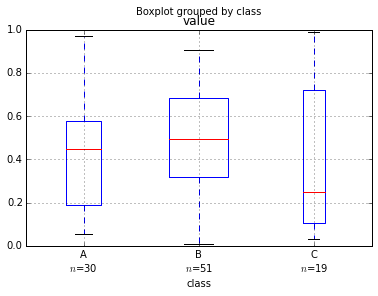 Not the answer you're looking for? Browse other questions tagged python matplotlib boxplot sample-size or ask your own question.