I'm trying to program a quick dialog with QT4 and Python. I've generated the Python class, using pyuic4, and tried to make a small python script to start it up:

When I try to run it, it says AttributeError: 'StartQT4' object has no attribute 'accept'.

What did I do wrong?

I managed to reproduce your problem. You selected a form based on dialogs in the QtDesigner, but are trying to construct it inside a QMainWindow. 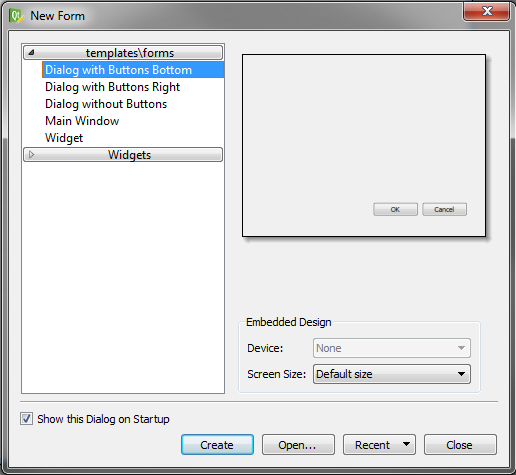 The UI code tries to bind its buttons to default dialog slots acceptand reject which are not available in a QMainWindow.

The class contains a method called setupUi(). This takes a single argument which is the widget in which the user interface is created. The type of this argument (typically QDialog, QWidget or QMainWindow) is set in Designer. We refer to this type as the Qt base class.

So, either select Main Window in the Designer as a base class, or change the inheritance of StartQT4 to QtGui.QDialog.

Not the answer you're looking for? Browse other questions tagged python qt or ask your own question.