what is the difference between a Binary Search Tree and a Threaded Binary Tree?

I mean that a binary search tree is a tree where the left child is smaller and right child is greater/equal to than the parent.

A threaded binary tree has threads. How does this makes it different?

This image (borrowed from Wikipedia) show the data structure nicely: 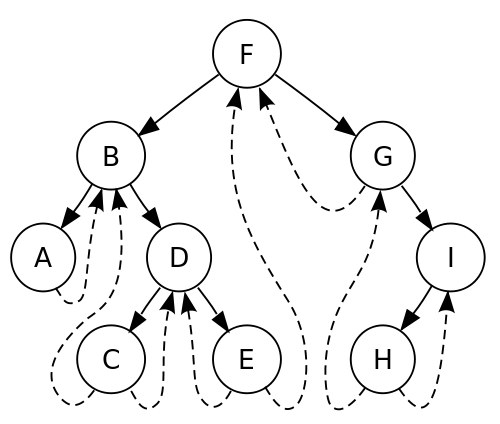 Please refer to the Wikipedia article for more information.

Here thread does not means another parallel execution stack. It means pointers to next and previous elements for each node of the tree.

You would normally do that, so you could find the inorder successor of a node quickly (given the node) rather than traversing and until the main and maintaining successor every time while traversing.

Not the answer you're looking for? Browse other questions tagged algorithm or ask your own question.