so I am trying to calculate some areas on a matlab plot. Using the scatter function I get a plot like this: 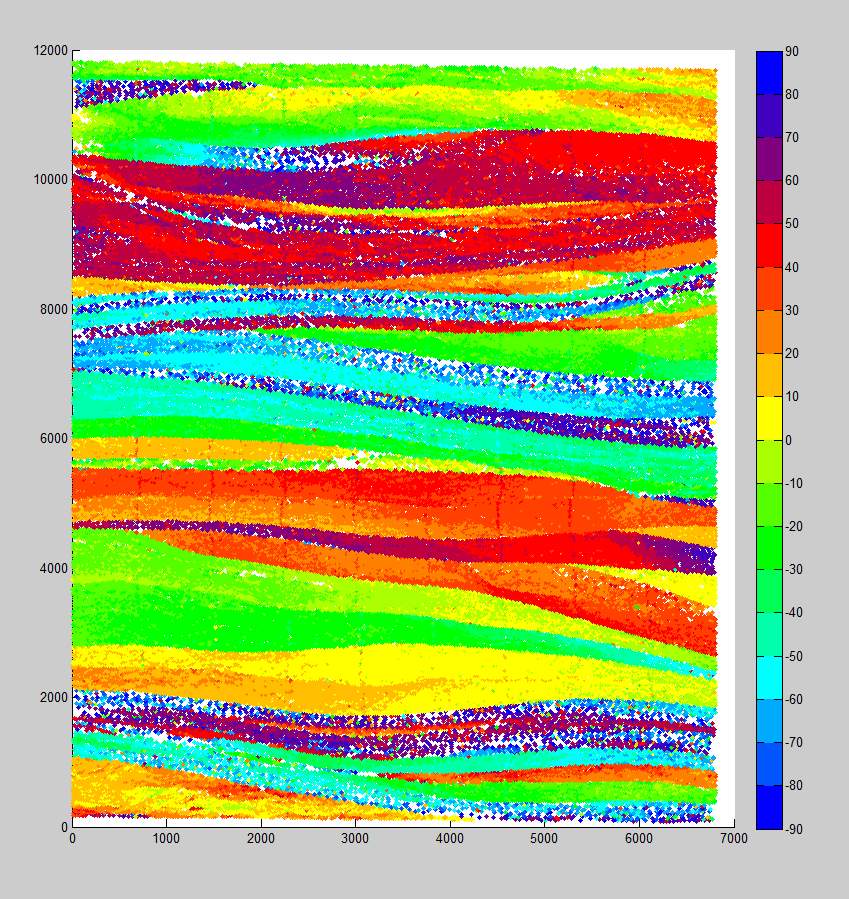 The color corresponds to a fibre orientation in degrees Now I an trying to get the area for each region of 10 degrees. For instance, I'm taking all the dots from 10 to 20 degree. Let's say I have 3 distinct regions. I want to use the convexhull to be able to extrapolate and get the area. To be more clear, using the following loop:

I locate the dots in that region and replot the scatter: 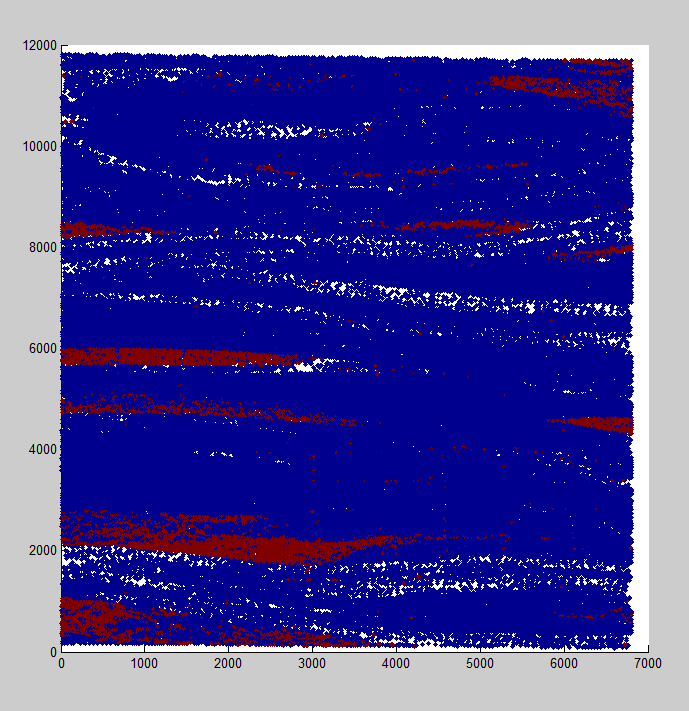 Now all the red dots corresponds to angles between 10 and 20, the rest is blue. I want to be able to label each region and circle them to get the area using convexhull. I think I have to turn the thing in black and white, then enlarge each dot to circle so they touch each other, the fill any hole so you have uniform region and then apply the convexhull function. But I have no idea how to do all that. If anyone has any suggestion? Thanks very much 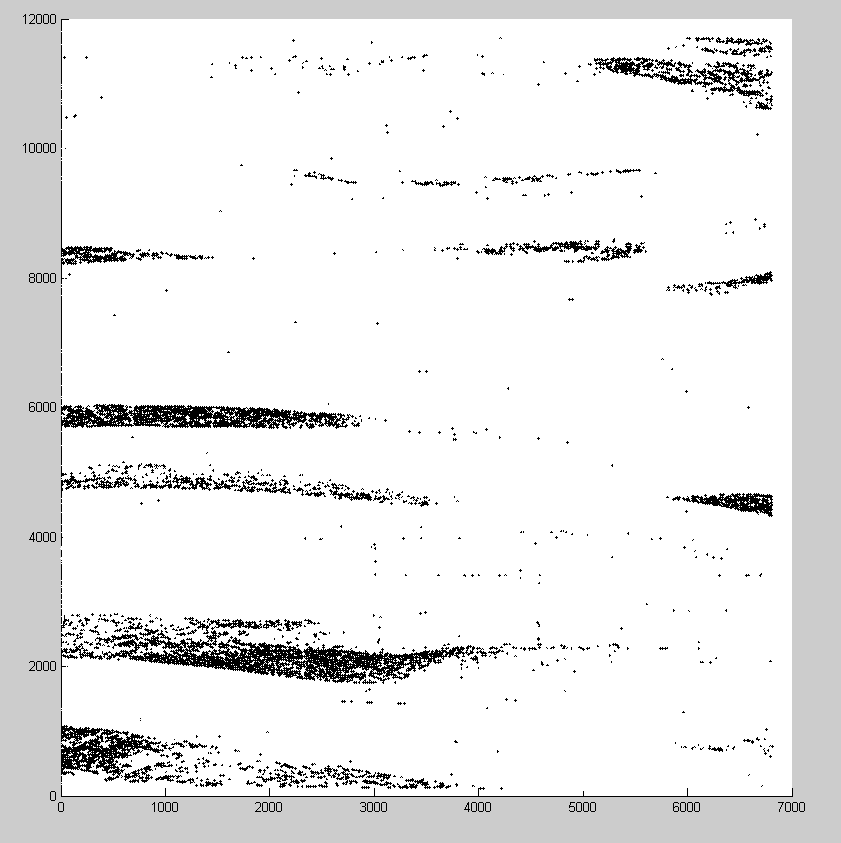 Browse other questions tagged matlab scatter-plot area convex-hull or ask your own question.

10
MATLAB image processing of small circles
4
MATLAB vectors, angles, plots
1
Draw Rotated Ellipses on Matlab
0
Calculating area with regionprops matlab
12
Prevent to patch if the area is already filled
3
Scatter plot with alpha still opaque on areas where spots are dense
0
How to plot mesh (with intensity profile on z) Nx3 matrix in Octave/Matlab?
0
Reduce size on disk of vectorized scatter plot with many overlapping points and alpha