You can use pyplot.matshow() from matplotlib:

In the comments was a request for how to change the axis tick labels. Here's a deluxe version that is drawn on a bigger figure size, has axis labels to match the dataframe, and a colorbar legend to interpret the color scale.

I'm including how to adjust the size and rotation of the labels, and I'm using a figure ratio that makes the colorbar and the main figure come out the same height. 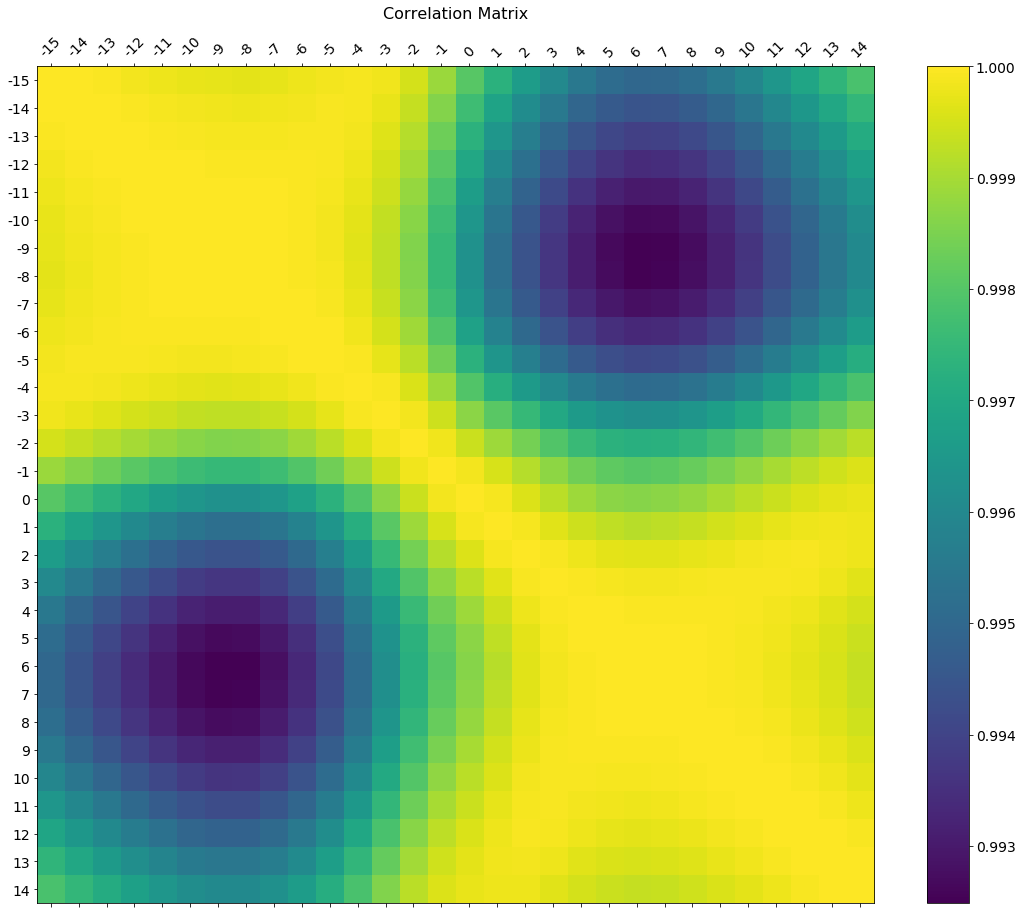 If your main goal is to visualize the correlation matrix, rather than creating a plot per se, the convenient pandas styling options is a viable built-in solution:

Note that this needs to be in a backend that supports rendering HTML, such as the JupyterLab Notebook. (The automatic light text on dark backgrounds is from an existing PR and not the latest released version, pandas 0.23).

You can easily limit the digit precision: 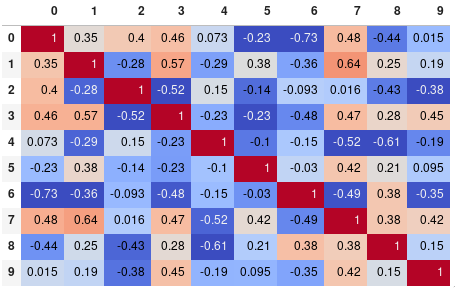 Or get rid of the digits altogether if you prefer the matrix without annotations: 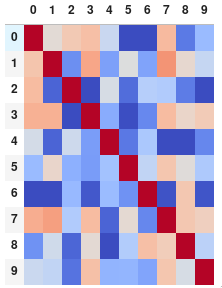 The styling documentation also includes instructions of more advanced styles, such as how to change the display of the cell the mouse pointer is hovering over. To save the output you could return the HTML by appending the render() method and then write it to a file (or just take a screenshot for less formal purposes).

There are a few possible ways to save the stylized dataframe:

By setting axis=None, it is now possible to compute the colors based on the entire matrix rather than per column or per row:

Try this function, which also displays variable names for the correlation matrix:

You can observe the relation between features either by drawing a heat map from seaborn or scatter matrix from pandas.

If you want to visualize each feature's skewness as well - use seaborn pairplots.

The output will be a correlation map of the features. i.e. see the below example. 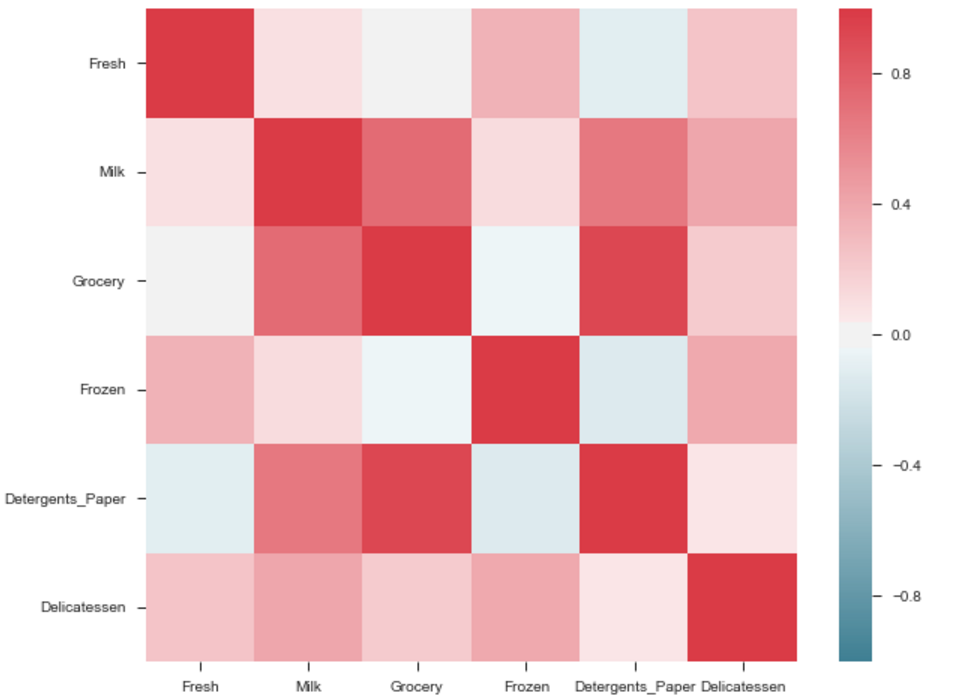 The correlation between grocery and detergents is high. Similarly:

From Pairplots: You can observe same set of relations from pairplots or scatter matrix. But from these we can say that whether the data is normally distributed or not. 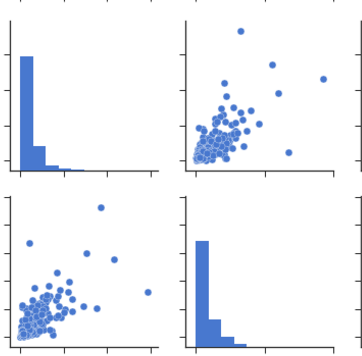 Note: The above is same graph taken from the data, which is used to draw heatmap.

You can use imshow() method from matplotlib

If you dataframe is df you can simply use:

For completeness, the simplest solution i know with seaborn as of late 2019, if one is using Jupyter:

Then we can take screenshot. or convert html to an image file.

Not the answer you're looking for? Browse other questions tagged python pandas matplotlib data-visualization information-visualization or ask your own question.

1451
Getting the class name of an instance?
1171
Save plot to image file instead of displaying it using Matplotlib
1861
Renaming columns in pandas
637
How do I expand the output display to see more columns of a pandas DataFrame?
472
How can I replace all the NaN values with Zeros in a column of a pandas dataframe
1373
Delete column from pandas DataFrame
989
“Large data” work flows using pandas
2023
How to iterate over rows in a DataFrame in Pandas
725
Writing a pandas DataFrame to CSV file
835
How to make IPython notebook matplotlib plot inline