How to install `build-essential` in `Cygwin`?

So I can not install crunch. See It:

What's the problem here, and how can I fix it?

There isn't a build-essential package in Cygwin.

Build-essential is a collection of packages. So you'll have to select the packages manually, which I believe are the following:

Assuming you're doing development, you'll want to select those packages from the Devel branch. This is done when you first install Cygwin and the installer asks you to select the packages, after choosing the download site from the list. 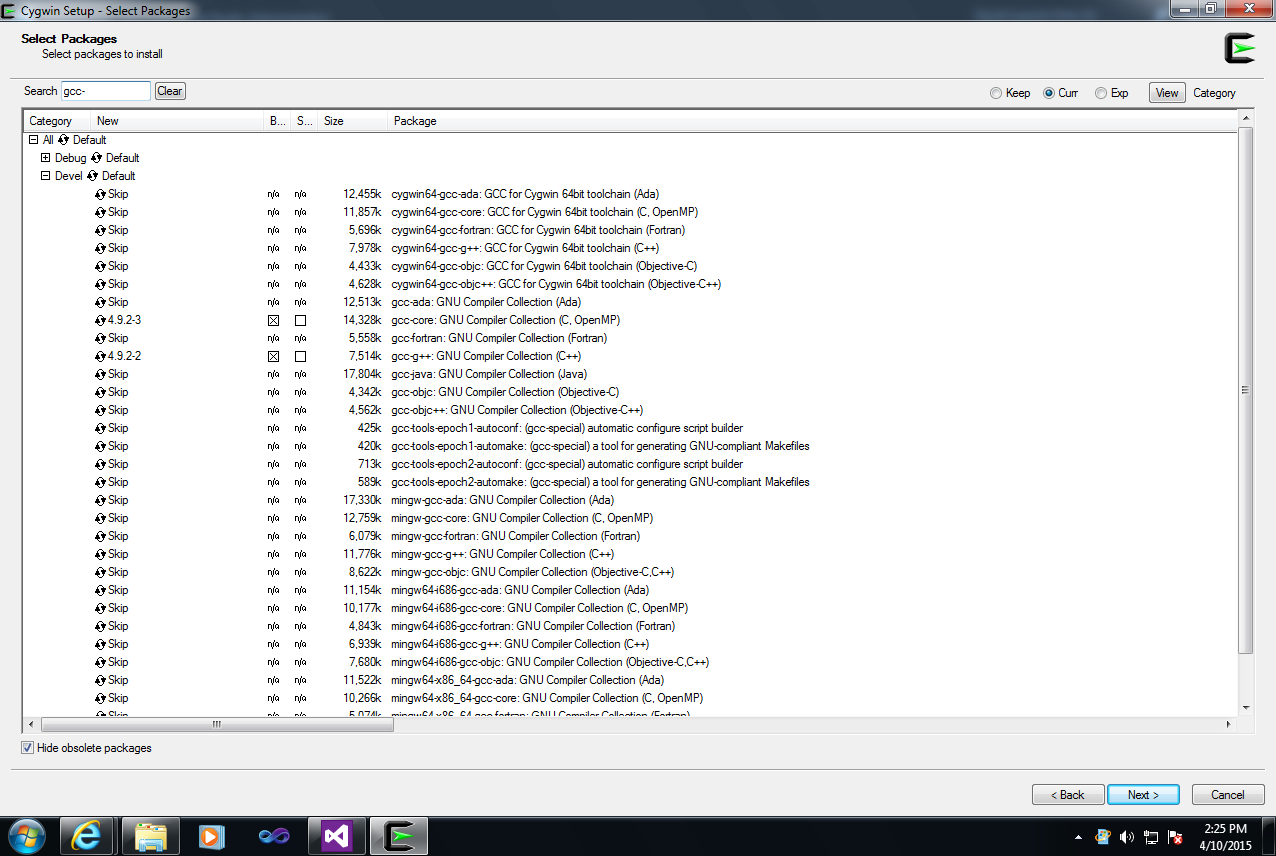 As for the Gtk-WARNING **: can not open display: error, this is because your system is not running Cygwin's X11 display server, which provides a surface for graphical applications to render to. Check out http://x.cygwin.com/.

If you want to run gedit in Windows, you should get the binary for windows here. That's built for Windows and doesn't need Cygwin.

EDIT: Running sudo apt-get install build-essential on Elementary OS Freya mentions the following dependencies will be installed as well, so you'll probably want that for a 'closer-to-Linux' build environment as well.

The following extra packages will be installed:

The following NEW packages will be installed:

The list of files installed can be found here and the contents of the file list (current as of 4/24/2014) can be found in this PasteBin I made.

build-essential is an abstract package, short for its dependencies:

So in Cygwin, it is the same to install their substitutes:

If you really want to compile various projects in Cygwin, packages below may be also helpful. Be careful, libboost-devel is very large.

Not the answer you're looking for? Browse other questions tagged linux windows cygwin or ask your own question.

3015
How can you find out which process is listening on a TCP or UDP port on Windows?
2055
How can I profile C++ code running on Linux?
736
What is the difference between Cygwin and MinGW?
1977
How do I recursively grep all directories and subdirectories?
2689
How do I install pip on Windows?
2601
How can I recursively find all files in current and subfolders based on wildcard matching?
2401
How to change the output color of echo in Linux
2038
How do I delete an exported environment variable?
6761
How do I find all files containing specific text on Linux?
34
how to install apt-cyg for Cygwin?