Why in Spring AOP the object are wrapped into a JDK proxy that implements interfaces?

I am studying Spring and I have the followig

Now consider the case on which it is declared a pointcut* targetting all methods inside the **clientService bean.

Now I know that using AOP the clientService bean is proxied and that this proxy implements all the 3 interfaces.

But what is the exact reason for which all these 3 interface are implemented?

So it seems to me that exist 2 kinds of proxies (correct me if I am saying wrong assertions): 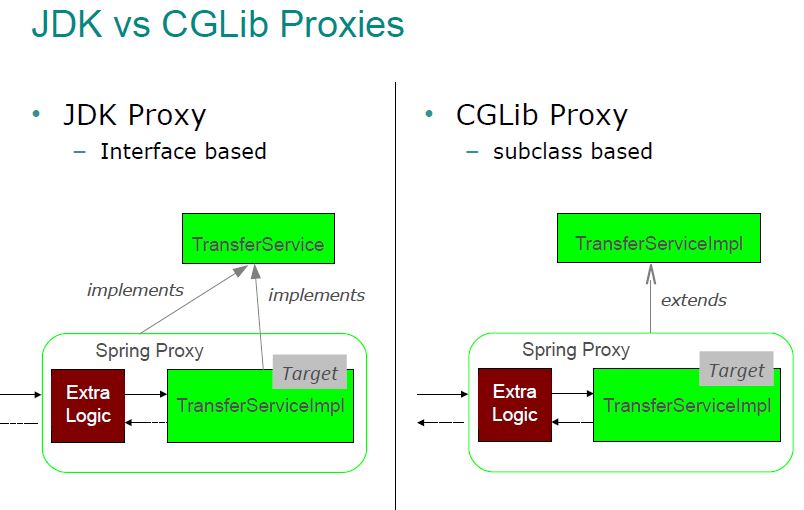 So it seems to me that Spring use the first kind of proxy that is based on the implementation of interfaces (is it right?): 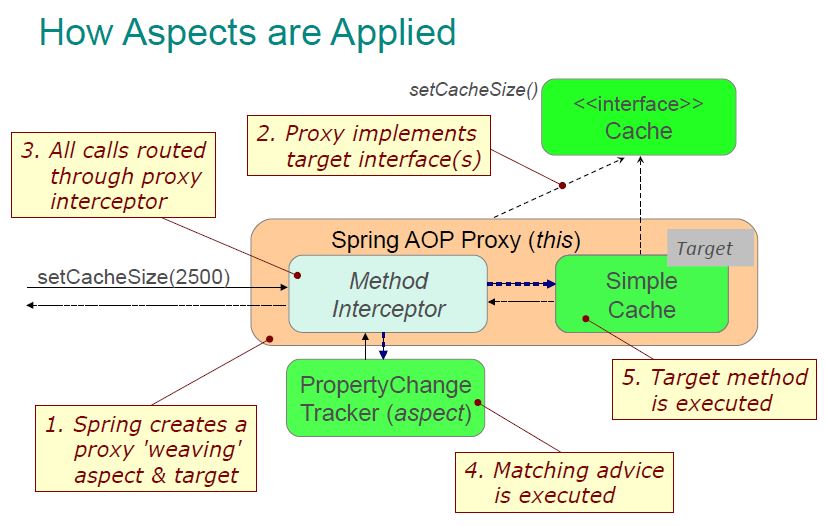 Why? How exactly works?

But what is the exact reason for which all these 3 interface are implemented?

Yes that's correct. See ScopedProxyMode. By default, Spring won't create a proxy. It only creates a proxy if it needs to wrap the bean to add additional behavior (AOP). Note that there's also a special case of the CGLIB based proxy that uses Objenesis to deal with subclassing targets that don't have a default constructor.

CGLIB Proxy: in wich, it seems to me that, the proxy extend the implementation of the wrapped object adding to it the extra logic features

When you use CGLIB based proxies, the constructor for your bean gets called twice: once when the dynamically generated subclass is instantiated (to create the proxy) and a second time when the actual bean is created (the target).

I think that in AOP the extra logic is represented by the implementation of the method interceptor (is it true?)

The proxy is essentially just invoking the chain of advice needs to be applied. That advice isn't implemented in the proxy itself. For example, the advice for @Transactional lives in TransactionAspectSupport. Take a look at the source to JdkDynamicAopProxy.

and the standard logic is represented by the implementation of the method defined into the interfaces.

Assuming that you're programming against interfaces and using JDK proxies that's correct.

In your diagram, you have "Spring AOP Proxy (this)". You have to be really careful with using this when you're using any type of proxying.

Not the answer you're looking for? Browse other questions tagged java spring design-patterns aop spring-aop or ask your own question.

2
Some doubts about how Spring handle transactional behavior using AOP and proxy?