I downloaded a zip from a running instance of AEM from package manager - http://localhost:4502/crx/packmgr/index.jsp. The zip file, when extracted contains, jcr_root and META-INF.

I would like to build some functionality on top of this zip file. So I'm wondering if there is a way to work with this file in eclipse? However, there are no pom.xml files in this zip folder. So I can't just import it in Eclipse. I have AEM developer tools downloaded for Eclipse.

Is there a guide available that explains how to do this? The zip file contains some Java files and I would like to make changes to those Java files and re-package, re-deploy, so that I can test my changes.

I tried using Adobe Brackets (with AEM extension) but it only works well for JS or JSP changes...not for JAVA files.

After @Gabriel's comment, this is my understanding of how I need to move around from the package I downloaded to the new project created via eclipse. 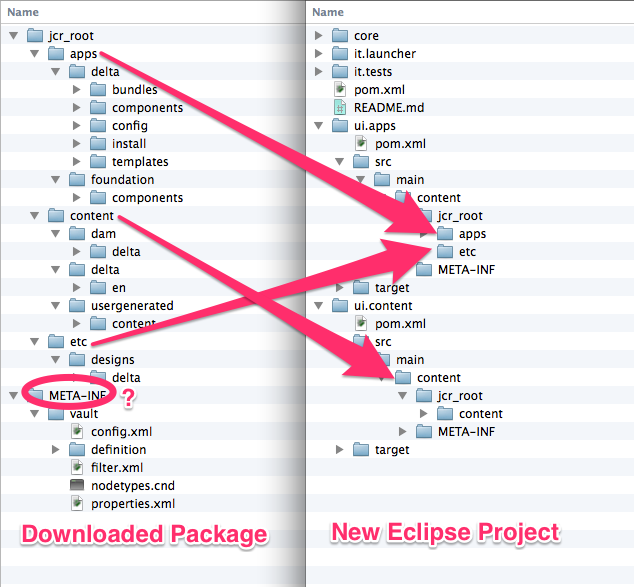 After doing the above 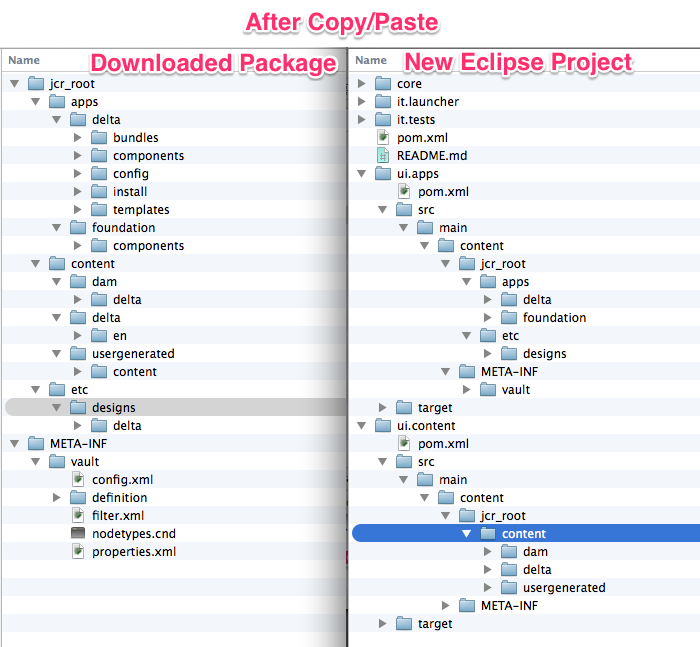 Contents of filter.xml from downloaded package

Based on above I changed two filter.xml in following locations

When I upload & install these two files to CRX I see the following:

However, this also seems to not be having any effect because I don't see anything in localhost:4502/siteadmin and when I visit localhost:4502/content/myproj I get an error

BTW this is what I see under localhost:4502/siteadmin 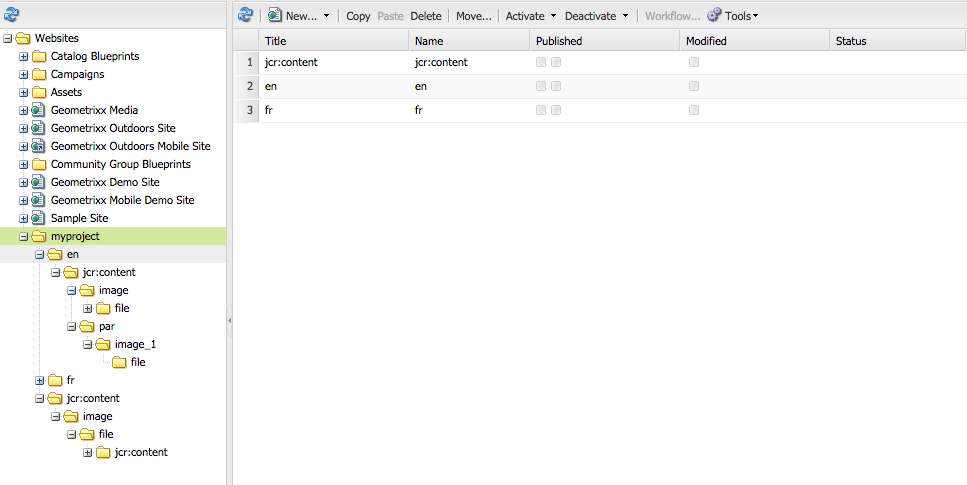 After going through everything again I was able to create the eclipse project and was successful in clean/publishing. However, changes to JAVA files aren't being reflected when I do clean/publish.

PROJECT.core for Java bundles (these will become interesting as soon as you want to add Java code)

I have java files already that are in PROJECT.ui.apps as shown in the image below

If I make a change to this JAVA file and clean/publish, my changes aren't being reflected in AEM. Is there something else that needs to be done to be able to change and publish JAVA code? or How can I make changes to JAVA files and test that on AEM?

You can use the New Project feature to create the right structure for you:

You now have following projects created for you, which will allow healthy separation of concerns:

First, replace the content of your PROJECT.ui.apps project with the apps and etc folders of your package:

Then do the same for the PROJECT.ui.content and replace it's content folder with the one of your package:

This is an example of how your filter.xml file can look:

As for the content of your package that got split into two projects, you'll also have to split these filter rules into two and update accordingly the filter.xml files of the two projects.

Based on the above example, this is how the filter.xml of PROJECT.ui.apps would look:

And the one of PROJECT.ui.content:

Make sure to Save all your changes. You should now be done, and can synchronize that new content to your AEM instance.

Once done, you should have your package running on your instance, and on save, any change automatically get synchronized to the instance.

If you wish to re-build a package out of your project:

I suppose you need to create new pom file for downloaded bundle. Here you can see how to create bundle. Also after creating file, you will be able to use maven to deploy bundle after any changes.

If you are using the aem-project-archetype:10 to generate your projects then there will be a few differences/corrections:

The filters files are correctly generated (but in defferent paths):

so, you won't need to fix these files.

2
Importing AEM projects into Eclipse
1
How to deploy changes to java file into AEM?

297
How to install plugin for Eclipse from .zip
0
How to exclude sub-nodes in an AEM package using filters
5
AEM Eclipse plugin - New project creation issue
2
Setup AEM in Eclipse and create a project
0
Sling Filter for Wrapping a Request Body
0
Why Eclipse has two "Referenced Libraries" folders how "Referenced Libraries" folder is different from "Web App Libraries" folder?
0
How to overwrite the default functionality of RSS feed in the AEM?
1
Updating filter.xml of aem package using curl
0
Can not open my page after restarting Adobe Experience Manager 503 error