How can you create multiple cursors in Visual Studio Code

What are the keyboard shortcuts for creating multiple cursors in VS Code? 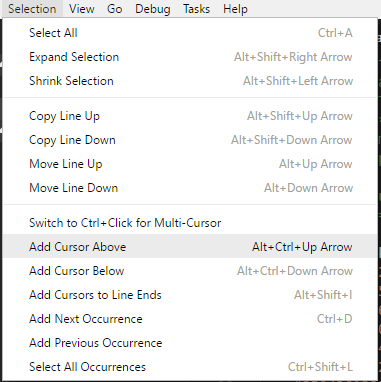