Sorry if this is basic but I'm trying to install dlib to use with python as mentioned in (http://blog.dlib.net/2014/04/dlib-187-released-make-your-own-object.html) "Make your own object detector in Python!".

I downloaded the install files, unzipped, and used cmake as in the install instructions (http://dlib.net/compile.html)

which seemed to work fine

Any idea how I tell Python how to find / use the thing?

Just a note for reference that the easiest way to install is now to use:

Instead of manual file editing, you can pass -DPYTHON_LIBRARY:FILEPATH=/path/to/your/libpython2.7.dylib to cmake.

What ./compile_dlib_python_module.bat does is

So, just run the commands by one by one and instead of

Following Gives Some speedup Installing dlib with AVX, SSE2, SSE4 instructions enabled (download the source code from dlib.net and execute from within the directory).

On ubuntu I had to do the following:

I then copied the dlib.so to dist-packages so it would be in my path.

According to the documentation compile_dlib_python_module.bat will work on any os once you have both CMake and boost-python installed.

I finally got it to work! I'll be posting a detailed blog post about this later, but here's the gist for now. Basically, when I manually inspected the output of cmake, dlib was compiling and linking against the system version of Python not the Homebrew version of python.

If you're interested in the details, it appears that cmake was trying to compile and link against /usr/lib/libpython2.7.dylib. However, that is the system version of Python. It should be compiling a linking against /usr/local/Cellar/python/2.7.8/Frameworks/Python.framework/Versions/2.7/lib/libpython2.7.dylib which is the Homebrew version of Python.

You are compiling the C++ example programs. The python examples are in the python_examples folder. Also, each example has instructions at the top that tell you how to use it.

If you use Conda, it's much easier.

for Python 3 support use:

If you already compiled dlib source code from github by cmake command. Then you want to run python program to call dlib api.

You should compile dlib Python API as below,

if you have a CPU that supports AVX instructions, since this makes some things run faster. Note that you need to have boost-python installed to compile the Python API.(Linked from dlib README.md)

It works for me.

I encounted the same error with you.

Hope it will help! 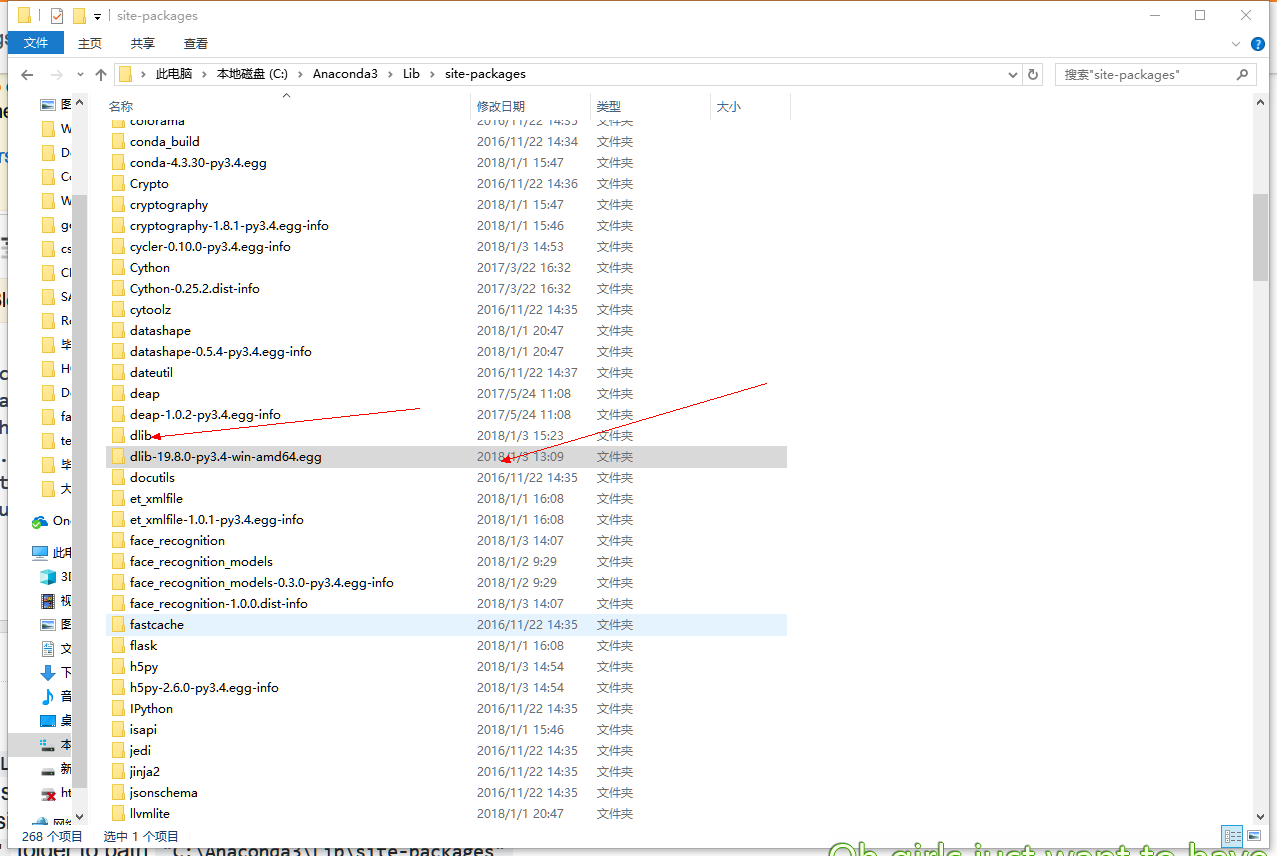 Not the answer you're looking for? Browse other questions tagged python cmake dlib or ask your own question.