Exception HResult 0x800a03ec when trying to open Excel with Microsoft.Office.Interop.Excel.Workbooks.Open()

Following Exception is thrown if I try to open an excel file on a client machine:

This HResult is a very generic Error, I could not find any useful informations by it.

WCF Service running inside a Windows Service. The exact same Setup is working on three other machines.

Things I can rule out:

What am I missing here?

Sorry - I know this is an indirect answer, although I would recommend you follow on. I personally have very bad experiences with Excel Interop services (ASP.NET application). As I am aware Microsoft does not recommend Interop server automation.

Even if you solve this issue you might stumble into issues with memory leakage, performance etc. In my previous project we were advanced with Excel interop automation until deployment. We stumbled into so many issues (Excel Interop processes not closing properly etc.) that we had to rewrite everything to OpenXML.

If possible use the new OpenXML format. There is a ClosedXML library that makes working with very easy.

Why OpenXML vs Interop?:

The Exception was thrown upon opening the Document; on the machine which generated the Excels, the files were generated invalid.

The solution was to change the Format of the numbers.

Tap on the highlighted Hyperlink 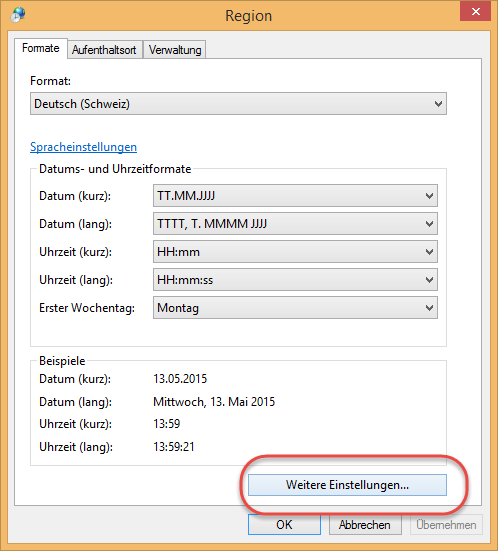 Change the delimiter to a point "." 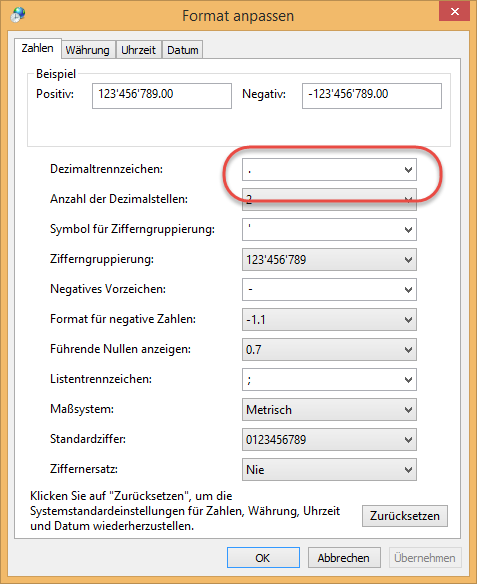 We have converted our Client / Server solution from 4GL language to C#, where embedded C# code below worked without any issue before, and started to receive same error message.

I have followed all the instructions in this thread, but to no avail, until I have realised that in our case at least fileExcel, which contains the full path with the name of the file and defined as System.String fileExcel had trailing spaces, e.g. instead of "C:\temp\MyTest.xls" it was "C:\temp\MyTest.xls[many many spaces]". Once I have added Trim() to fileExcel as below, all went back to normal. Hope it will help to someone in the future.

Not the answer you're looking for? Browse other questions tagged excel wcf windows-services interop or ask your own question.