How to do logging in React Native?

By default on iOS, it logs to the debug pane inside Xcode.

From the IOS simulator press (⌘+D) and press Remote JS Debugging. This will open a resource, http://localhost:8081/debugger-ui on localhost. From there use Chrome Developer tools javascript console to view console.log

As of React Native 0.29 you can simply run the following to see logs in the console:

Pre React Native 0.29, run this in the console:

As Martin said in another answer.

This shows all console.log(), errors, notes, etc. and causes zero slow down.

You will see the logs inside the terminal.

Visual Studio Code has a decent debug console that can show your console.log. 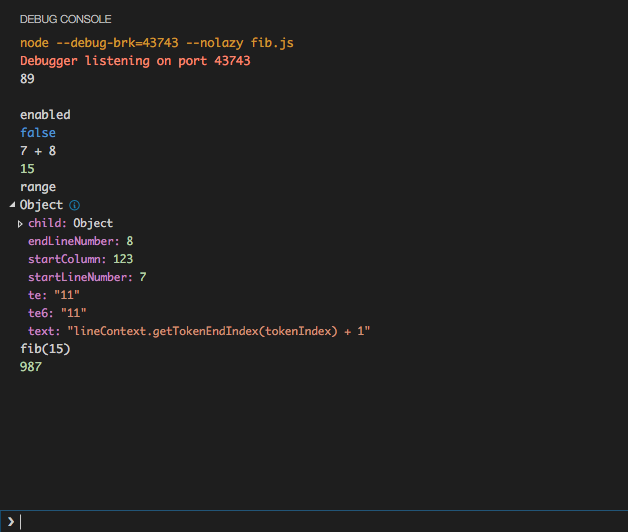 VS Code is, more often than not, React Native friendly.

This is where Chrome Developer Tools are your friend.

The following steps should get you to the Chrome Developer Tools, where you will be able to see your console.log statements.

Now whenever a console.log statement is executed, it should appear in Chrome Dev Tools. The official documentation is here.

There are 3 methods that I use to debug when developing React Native apps:

I prefer to recommend you guys using React Native Debugger. You can download and install it by using this command.

Just check the link below.

I had the same issue: console messages were not appearing in XCode's debug area. In my app I did cmd-d to bring up the debug menu, and remembered I had set "Debug in Safari" on.

I turned this off, and some messages were printed to the output message, but not my console messages. However, one of the log messages said:

This was because I had previously bundled my project for testing on a real device with the command:

This bundled without "dev-mode" on. To allow dev messages,include the --dev flag:

And console.log messages are back! If you aren't bundling for a real device, don't forget to re-point jsCodeLocation in AppDelegate.m to localhost (I did!).

Its so simple to get logs in React-Native

react-native-xlog module that can help you,is WeChat's Xlog for react-native. That can output in Xcode console and log file, the Product log files can help you debug.

For development time logging, you can use console.log(). One important thing, if you want to disable logging in production mode, then in Root Js file of app, just assign blank function like this - console.log = {} It will disable whole log publishing throughout app altogether, which actually required in production mode as console.log consumes time.

In production mode, it is also required to see logs when real users are using your app in real time. This helps in understanding bugs, usage and unwanted cases. There are many 3rd party paid tools available in the market for this. One of them which I've used is by Logentries

The good thing is that Logentries has got React Native Module as well. So, it will take very less time for you to enable Run time logging with your mobile app.

Something that just came out about a month ago is "Create React Native App," an awesome boilerplate that allows you (with minimal effort) to show what your app looks like live on your mobile device (ANY with a camera) using the Expo app. It not only has live updates, but it will allow you to see the console logs in your terminal just like when developing for the web, rather than having to use the browser like we did with React Native before.

You would, of course, have to make a new project with that boilerplate... but if you need to migrate your files over, that shouldn't be a problem. Give it a shot.

Edit: Actually it doesn't even require a camera. I said that for scanning a QR code, but you can also type out something to sync it up with your server, not just a QR code.

For First Using Emulator: use

on real device.shake your device

so the menu will come from where you select remote debug and it will open this screen in your browser. so you can see your log output in console tab.

Every developer facing this issue of debugging with the react native, even I faced too and I refer this and solution is sufficient for me at initial level, it cover few ways that help us to try and use what ever comfortable with us 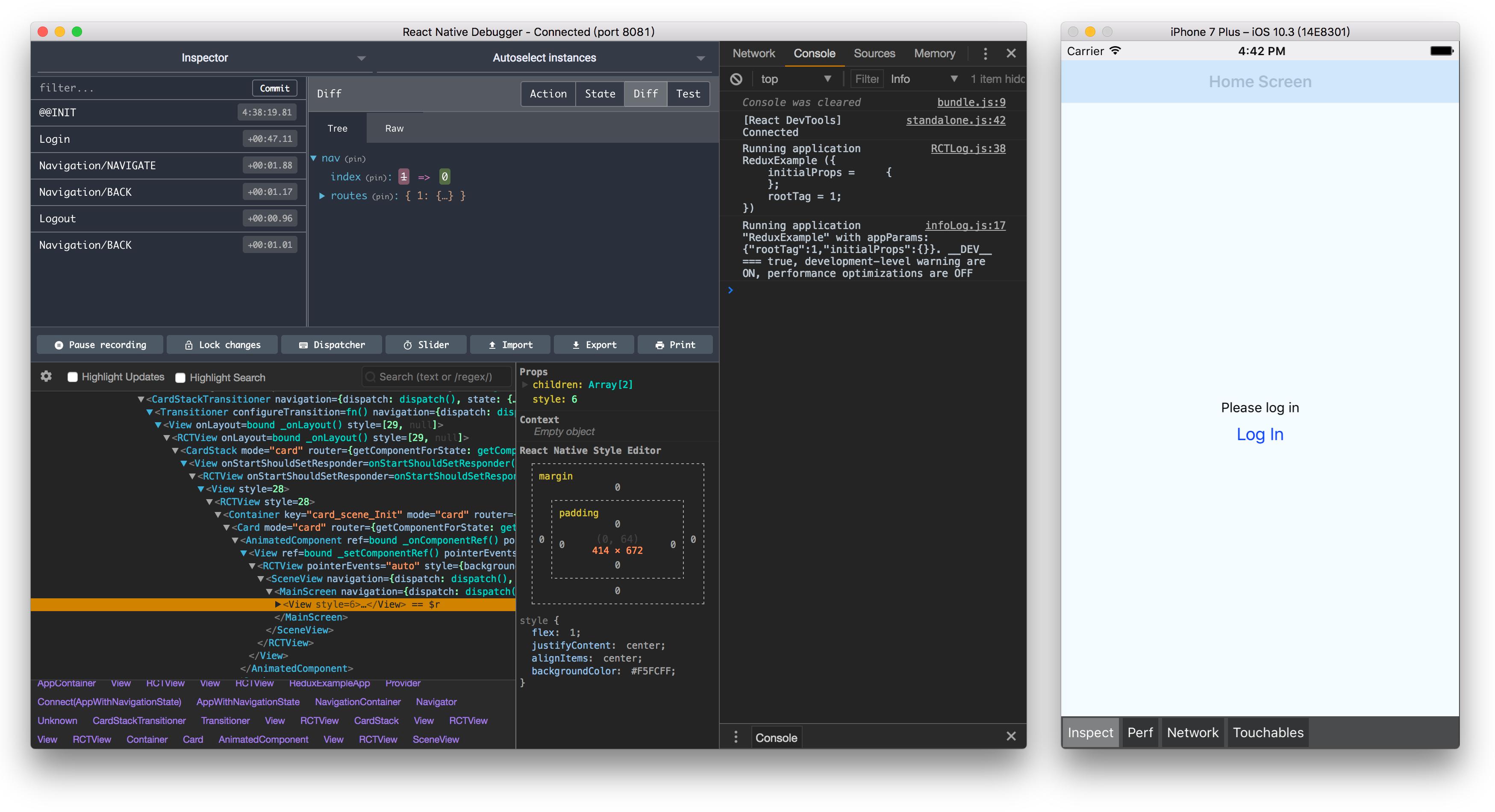 Use react native debugger for logging and redux store https://github.com/jhen0409/react-native-debugg

Just download it and run as software then enable Debug mode from the simulator.

It supports other debugging feature just like element in chrome developer tools, which helps to see the styling provided to any component.

console.log() is the easy way to debug your code but it need to be use with arrow function or bind() while displaying any state. You may find the link useful.

If you are on osx and using an emulator, you can view your console.logs directly in safari web inspector.

You can do this in 2 methods

Users with Windows and Android Studio:

You're going to find it under Logcat in Android Studio. There are a lot of logging messages that show up here, so it may be easier for you to create a filter for "ReactNativeJS" which will only show your console.log messages that are created inside your react native application.

You can use Reactotron also, it will give you lot more functionality than just logging. https://github.com/infinitered/reactotron

There are several ways to achieve this, I am listing them and including cons in using them also. You can use:

You use the same thing that is used for regular web. The console command also works in this case. For example, you can use console.log(), console.warn(), console.clear() etc.

You can use Chrome Developer to use the console command when you're logging while you are running your React Native app.

And to print this log in terminal use command for android

console.log() is the best and simple way to see your log on console when you use remote js debugger from your developer menu

Chrome Devtool is the best and easiest way for logging and debugging.

There is normally two scenarios where we need debugging.

Not the answer you're looking for? Browse other questions tagged logging react-native or ask your own question.

11
How to enable the Android monitor in React Native for checking logs?
3
How do you debug Java code in React Native Android using console
2
how to print state in console with react native?
1
react-native fetch().then() returning object Object
1
how to use ES6 with react native
0
Unable to print complete JSON using console.log
0
how to view logs for react native app in ubuntu 15.10
1
React-Native ViewPager goToPage Not Working