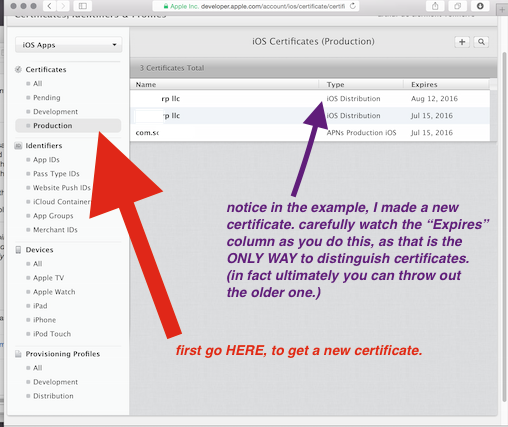 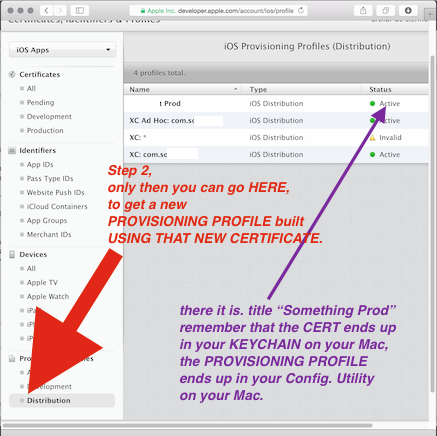 In the second image, click on the "Distribution" provisioning profile (the one with the purple arrow.) Then click to edit it, and you will then see the third image below. Note that somewhat annoyingly, the DATE is the only way really to distinguish your corporate certificates, when, you have more than one. (Ultimately you can, generally, just throw away the OLDER one, but it's clearer if you leave it so that you can clearly see how you select one or the other, as in this third image.) 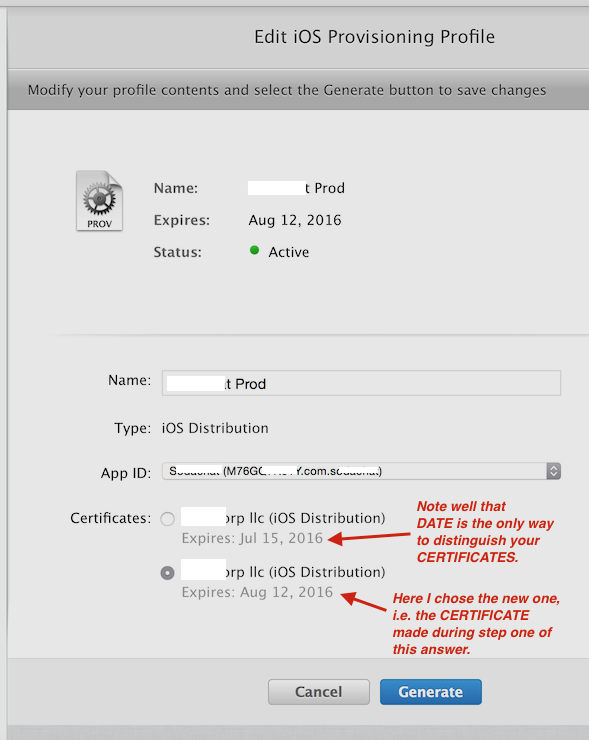 A minor point is that you'll have to make a new build (so, increase the build number in Xcode, then archive, and then send up that new one) because you'll get a "redundant build" warning if you fix the cert/profile (i.e., as described in this answer) and re-submit.

Another possible reason for this message:

You accidentally removed the affected user from the TestFlight external testers group.

Adding him again would fix the issue.

Problems with certificates have been identified in several answers as the cause to this message. However, there's another possible (yet stupid) cause that leads to this situation.

You may see this error if your device's date/time is not set correctly. So make sure you set the correct date or "Set Automatically" is enabled under Settings > Date & Time.

I spent 2 days "trying again later" until I realized this.

I was ultimately able to fix this message by uninstalling and reinstalling the TestFlight app from scratch. Worth a try if the other answers don't fix your problem.

Make sure TestFlight can use Mobile Data if working without Wi-Fi. Otherwise it fails with this generic error.

Did a factory reset and that fixed it for me.

I had to wait around 16 hours and then it worked normally, without doing anything particular.

Sometimes the error message is just what it is, no need to panic !

Another possible reason , if your mobile app build is in processing state for a long time.

Just wait for the build to complete apple processing solved our issue of Testflight currently unavailable.

I solved this issue by removing my personal email from all testing tracks, then deleting the TestFlight app and downloading it again. I now only use the one email (my Apple ID) for all testing.

I had to go to https://developer.apple.com and accept a new version of Apple's Developer Agreement

6
TestFlight expired
2
TestFlight feedback button missing
37
Latest iTunes connect build not showing in TestFlight
1
TestFlight unavailable
5
TestFlight is currently unavailable. Try again later
21
After the testing period has ended for a TestFlight Beta, the build status changes to Expired
470
Missing Compliance status in TestFlight
33
iOS : Testflight No build available for external testers
324
Why I get the console warning: [Process] kill() returned unexpected error 1 when I load a WKWebView in iOS13.2?
807
Xcode building for iOS Simulator, but linking in an object file built for iOS, for architecture 'arm64'