I have an error when I start PHP 7 on Windows. When I run php on the command line, it returns a message box with system error:

The program can't start because VCRUNTIME140.dll is missing from your computer. Try reinstalling the program to fix this problem.

After that, CLI is crashing.

As I don't want to install a DLL file from an external website, I don't know how to fix this!

On the side bar of the PHP 7 alpha download page, it does say this:

There's been a problem with some of those links, so the files are also available from Softpedia.

In the case of the PHP 7 alpha, it's the last option that's required.

I think that the placement of this information is poor, as it's kind of marginalized (i.e.: it's basically literally in the margin!) whereas it's actually critical for the software to run.

Other symptom of this issue:

(I include those for googleability.)

This should correct that. You can google for what the DLL is, but that's not important.

PS: It's officially from Microsoft too:)

Where I found it: Downloads (Visual Studio)

Installing vc_redist.x86.exe works for me even though you have a 64-bit machine.

If you've followed Adam's instructions and you're still getting this error make sure you've installed the right variants (x86 or x64).

I had VC14x64 with PHP7x86 and I still got this error. Changing PHP7 to x64 fixed it. It's easy to miss you accidentally installed the wrong version.

For things like this, you don't blindly keep clicking 'Next', 'Next', and 'I Agree'.

WAMP informs you about this during and before installation:

You must install both 32 and 64bit versions, even if you do not use Wampserver 64 bit.

IMPORTANT NOTE: Be sure to to run all Microsoft Visual C++ installations with administrator privileges (right click → Run as Administrator). Just missing this small step wasted my entire day.

I had same problem when installing Robot Framework 2.9.2 using the Windows installer version on Windows 7.

I could solve it installing the VC14 builds require to have the "Visual C++ Redistributable for Visual Studio 2015 x86 or x64 installed" from Microsoft website.

I got same error and found that my Microsoft Visual C++ is 32 bit and Windows is 64 bit. I tried to install WAMP 7 32 bit and the problem was solved.

Maybe we need to install WAMP 32 bit if Visual Studio is 32 bit. And vice versa.

I had the same issue, I changed the ports, restarted the services but in vein, only worked for me when I updated the Microsoft Visual c++ files 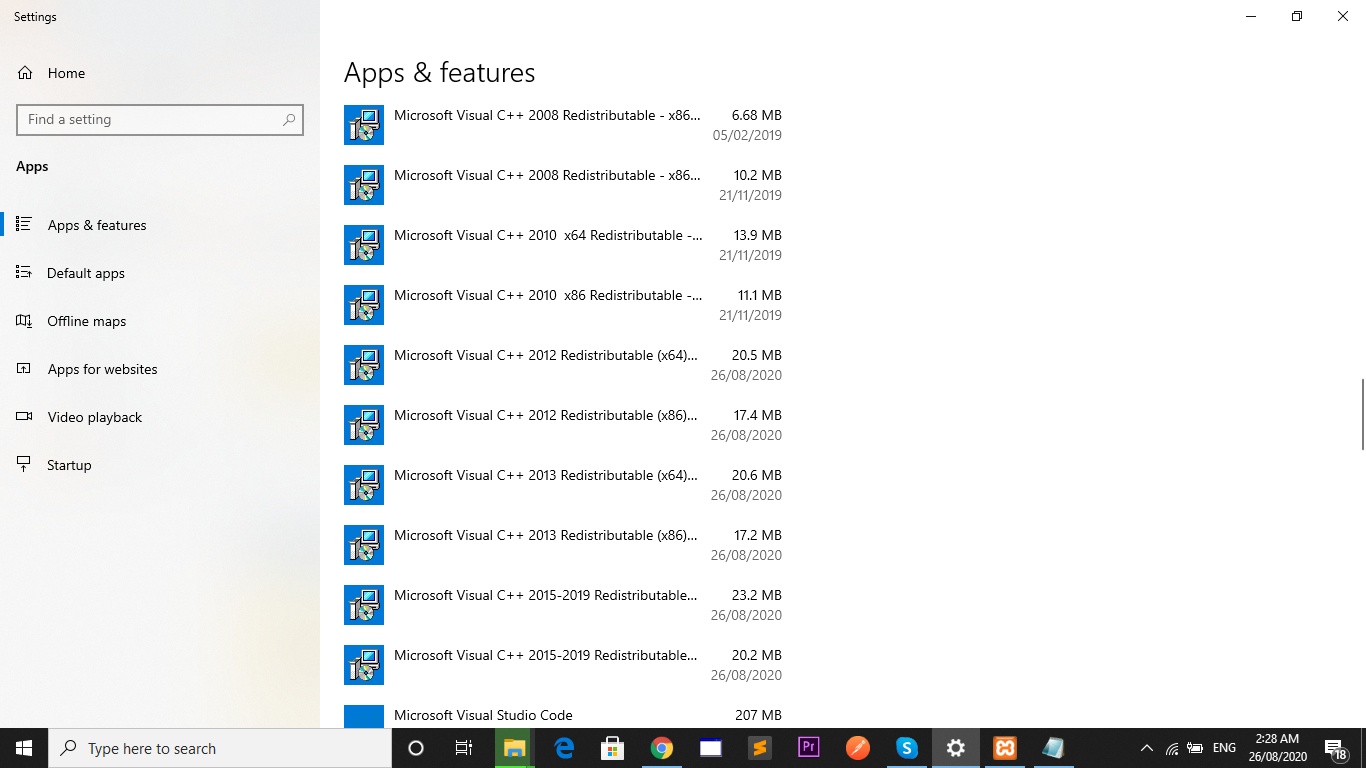 Usually this is an error in your PHP configuration.

It's actually pretty easy to figure out what exactly is going on:

Not the answer you're looking for? Browse other questions tagged php windows dll php-7 or ask your own question.