I am reading CSS Spec 2.1 and find the concepts hard to distinguish: 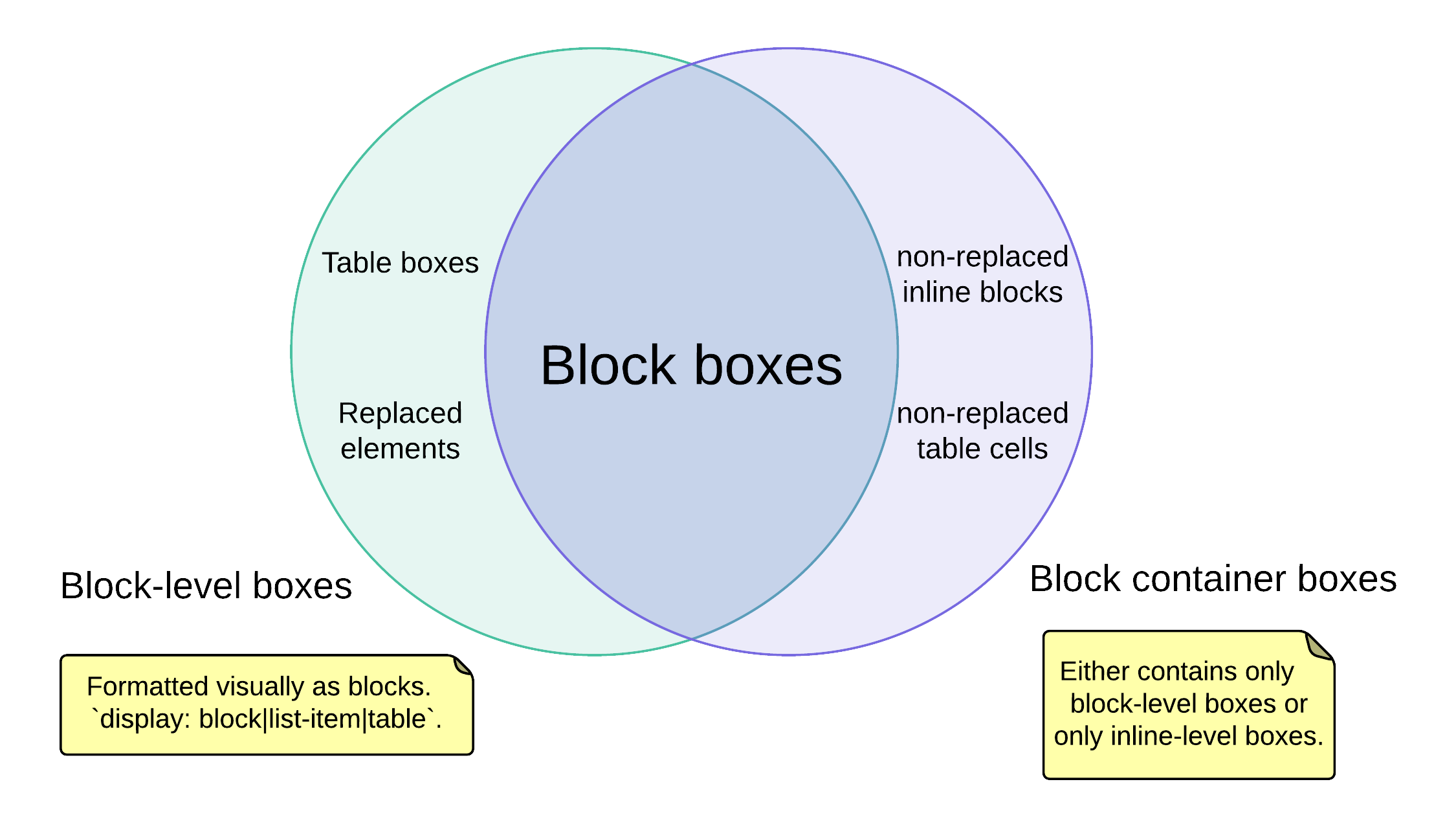 Your interpretation is correct.

Here are some additional details:

Block-level boxes are boxes that participate in a block formatting context.

On the other hand, block container box refer to a parent who can contain others

For example, if children in a node are not allowed (replaced element), it can never be a parent, it can only be a child (Block-level boxes) at most, not a parent (block container box)

And there is no reason to prevent a non-block parent contain a block parent. An inline-block itself is not a block, but it can contain block-level box

Not the answer you're looking for? Browse other questions tagged css or ask your own question.