In Unity3D, How to make the whole scene in dark, but some Area are not in dark

I wan't make some teaching levels with UGUI, so need the whole to be in dark, but some rectangular area not in dark.

I can make the whole scene in dark by adding a gameobject with a image component, and control it's alpha to dark.

But I don't know how to make some rectangular area to be lighted, and the rectangular will change in different teaching levels. And different device with different resolution will also change the rec's bounder.

Picutre3 is what I wanted, and just rectangular area is OK. 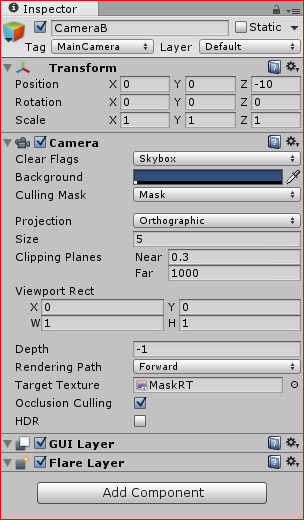 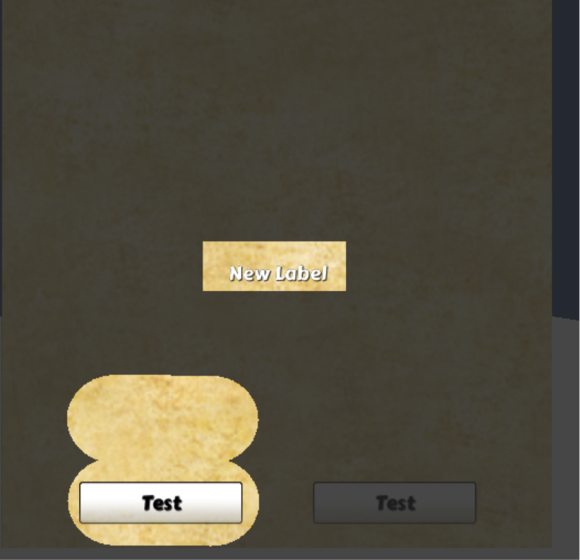 I'll explain how you can achieve this with a simple shader and some setup. I'm speaking from memory so if some problems occur please ask.

So what you can do is:

At this point you should notice that the sprite is no longer visible in the Game window or in the camA preview. Only the rest of the scene is visible. When you select camB then only the plane will be visible in the preview. The output from camB represents where the "holes" will be.

Now we continue with this:

So what we say here in our shader in plain English is: My color is solid black with slight transparency (0.8) unless my input texture has a white color at the same position, in which case I am more transparent (-texcol.r).

We use the r component here but you can just as easily use any color component.

Now assign this new material and shader to your full screen sprite and set your MaskRT render texture as the input texture DIFFUSE for the Mask Shader.

If everything went well (lol right) then you should now have your desired effect. Moving the mask is now as easy as moving any objects in the scene that are marked with the MaskLayer layer. So you can have many masks.

EDIT: You can have a look at the "Using shader properties in Cg code" section here:http://docs.unity3d.com/Manual/ShaderTut2.html You can copy paste this entire piece and change the fragment shader if you are struggling (sorry I don't know what level of experience you have with it).

EDIT: Here is the shader as requested. Also read the following notes.

I left out crucial parts of the shader sorry. Please see the Tags section and the Blend operation added to the shader. Also please note that for the full screen quad you should rather use a plane and NOT a sprite as the shader is not compatible with sprites in this state.

Also note that in the example project here: https://drive.google.com/file/d/0Bw8X8yAt21AiYjRyVkxJUkhreVU/view?usp=sharing

that the plane is flipped both in the x and z axes.

As for the UGUI part that I missed earlier - This solution MIGHT work. I have not checked. If the mask is behind the UI you can try to set the "Queue" tag in the shader to "Overlay".

Not the answer you're looking for? Browse other questions tagged unity3d or ask your own question.

532
How to use Git for Unity3D source control?
2
How to make the whole scene in dark on unity3D
0
Is there any way to make some rectangular areas of a mask to be transparent?
2
Unity deferred point lights disappear at distance
3
[Unity3D]How to get reference to a specific Animation Clip in Animator
1
lights gameobjects does not have a light component?
0
Why the spotlight is turned off no light is coming out?
1
Unity create new scene is acting very weird having yellow default material and relative transform