Auto layout of a Child Container that embeds a UIViewController

That lets me encapsulate and reuse the child UIViewController elsewhere. I think that is fairly standard. But I can't get it to auto layout properly.

I've made a simple test case to demonstrate this: https://github.com/murraycu/ios-example-autolayout-of-child-container-views

It has two UIViewControllers that are embedded in a Tab Controller so you can switch between them.

The "Simple" tab shows the SimpleViewController, which shows an image and a label, seen here in the storyboard: 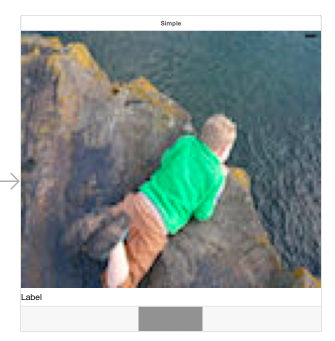 Neither the UIImage or the UILabel has a height constraint specified, though they have an Equal Width (equal to the parent view) constraint to keep the widths simple.

That UILabel is clearly not very high but the UIImage and UILabel have slightly different Content Hugging priorities, making their heights not ambiguous according to Auto Layout. So thanks to auto layout, when I set its text at runtime to some text that would require more space, it takes up more space, taking space away from the UIImage above it. That's good - it is the behaviour that I want, as seen in the emulator: 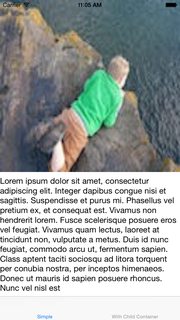 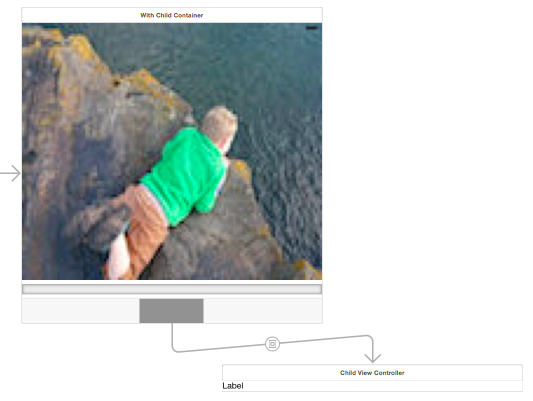 However, the auto layout system now doesn't seem to know how much space the Child Container needs to show all the text in the label in my ChildViewController. As in the "Simple" tab, neither the UIImage or the Child Container has a height constraint specified. Now XCode complains that "Height is ambiguous for "container view". And it looks like this in the simulator: 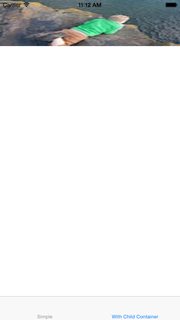 That's improved if I add a constraint to the Child Container, constraining its bottom to the bottom of the parent view, as suggested by @iphonic: https://github.com/murraycu/ios-example-autolayout-of-child-container-views/commit/1d295fe0a6c4502764f8725d3b99adf8dab6b9ae but the height is still wrong: 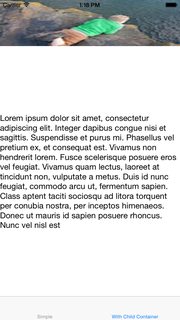 How can I let the auto layout system know what to do? I've thought about implementing UIView's intrinsicContentSize, but UIViewController isn't a UIView.

Suggestion is, do it programatically rather than via IB. See below

7
Loading a View Controller inside a View In Xcode