what is the use of SPL (secondary program loader)

I am confused in clearing my concepts regarding these three questions

as far as I understand via reading links is .. SPL is required when the system internal memory can not hold the uboot completely so we need to initialize memory using a minimal piece of code called SPL. Does SPL actually relocate or it is only uboot which relocates itself?

Let me explain it using OMAP platform as an example (just to provide some actual background rather than just theory or common knowledge). Take a look at some facts for starters: 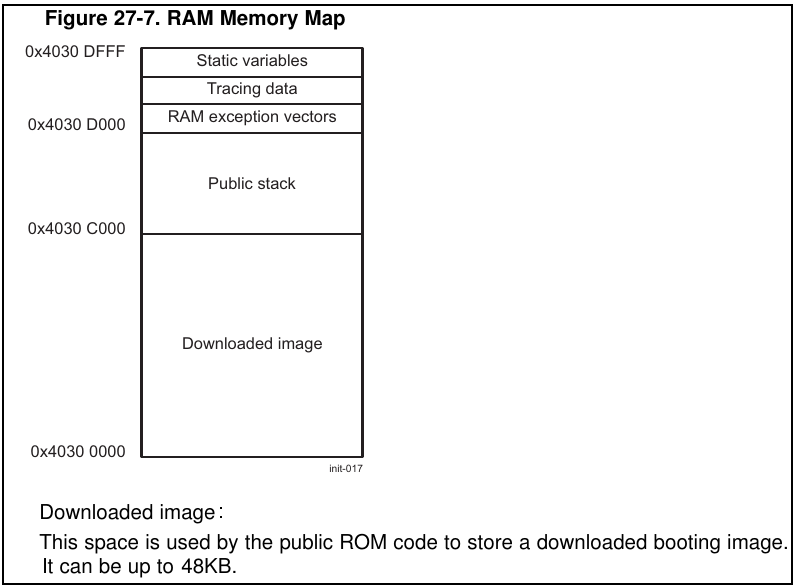 So this first-stage bootloader is U-Boot SPL; and second-stage bootloader is regular U-Boot (or U-Boot proper). To be clear: SPL stands for Secondary Program Loader. Which means that ROM code is the first thing that loads (and executes) other program, and SPL is the second thing that loads (and executes) other program. So usually boot sequence is next: ROM code -> SPL -> u-boot -> kernel. And actually it's very similar to PC boot, which is: BIOS -> MBR -> GRUB -> kernel.

To make things absolutely clear, here is the table describing all stages of boot sequence (to clarify possible uncertainty in terminology used):

So I'm just using bootloader as synonym for U-Boot, and Program Loader as common term for any program that loads other program.

There is no theoretical need for a Secondary Program Loader (SPL). However, there are often pragmatic reasons for having one. Two off the top of my head.

Not the answer you're looking for? Browse other questions tagged ubuntu linux-kernel operating-system kernel u-boot or ask your own question.