I've Safari 8.0.6 with iOS 8.3 on my iPad, while debugging through Web Inspector on my Mac (10.10.3), the connection keeps on disconnecting (I don't see the device name under Develop menu upon disconnection) but can resume if I quit safari followed by a relaunch then I'm able to refresh and inspect remotely again.

There are a few things to try:

1. Test on the Xcode Simulator:

Open the iPhone simulator in Xcode and debug there with Safari Web Inspector.

Sidenote: Maybe you need to download the Safari Technology Preview

2. Reset your location and privacy settings on your device.

3. Debugging on a real device

With this configuration it seems to work right now.

Settings -> Safari -> Advanced -> Check that Webinformation is toggled on.

It was suddenly toggled off and I couldn't connect via the Web Inspector. After toggling it on, it worked.

For other devices / versions, please read further down (Maybe you can decrease your build size).

@Chet found out, the Web Inspector keeps disconnecting for too large JS files and map files

I could confirm this on a real device with a production build (1.8 MB + 2.4 MB files), the Safari Web Inspector stays always connected. 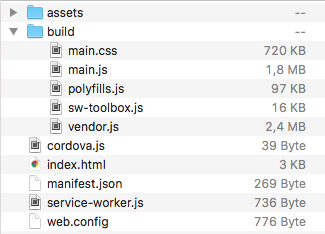 Since for the development build it is not: 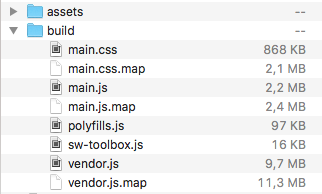 Before my web inspector very rarely worked and often just stopped working - but was still open. After the safari update the web inspector opens and closes immediately. If you encounter such problems..

Step 1. Get the latest Safari Browser

Maybe you need to download the Safari Technology Preview

On your device go to:

Open Safari on OS X If you had connected your iPhone device with an usb cable, disconnect it first. Now plug it in.

On OS X Safari go to:

Now on your phone there is a permission question. Choose trust and now you can choose the open tab on your devices safari and debug.

Do you have a lot of backgrounded apps running on your iPhone? Kill them and try again.

We showed this issue to Apple developers at WWDC, and they suspected it was due to memory constraints on the iPhone. Sure enough, killing most of our backgrounded apps resolved the issue for us.

Well, after so many trials and opening thousands of blog posts to figure out a solution, I managed to get it working without a single case of failure.

For me, this has been always a problem with my Ionic+Cordova application.

My subconscious mind started to think about this problem when I saw that this issue (of Safari getting disconnected) is not there when I run a plain simple Cordova or Ionic application. And then suddenly, I tried another thing and it worked.

Basically, the Safari web inspector disconnects when the size of any files are too large (not sure about the limit). Maybe, some image, some script, and CSS. In my case, it used to because of the JavaScript & their source map files.

So, when I started to run my iOS application without source maps, the problem is gone. For that, all I had to do is to pass --source-map=false to my ionic cordova commands like:

I wrote a small article about this to elaborate this in detail https://medium.com/wizpanda/a-small-tip-to-speed-up-development-with-angular-or-ionic-d5764f639c0c

Most of the answers listed here worked for me for a while but after a few hours they also stopped working and my Safari web console again keeps disconnecting as it opens.

Other few options that worked for me:

This solution is working for a long time now. Since this is an issue related to connection between iOS & Mac so I opened my Console app and just kept my iPhone selected. (This is somehow kept my iOS device connected to my Mac)

Then opening the Developer's console on Safari worked fine for me without disconnecting.

This is also a kind of workaround and a hack to see it functional. You can basically prepare your iOS app by ionic cordova prepare ios and then run the app using Xcode and deploy it to your iPhone.

At least, I'm able to see the console logs and sometimes, it even works with Safari web inspector.

I think this is the most working solution. This option is suitable when your system is not running too many applications as firing a simulator suckup a good amount of system resources.

Basically, instead of running your app on a real device, run your app in an iPhone simulator via Xcode and debug it normally in your Safari web inspector and this problem will not occur.

This is probably because the files being transferred to Safari inspector is from the system itself.

Sounds strange but it may be happening due to the battery being full triggering a disconnect: https://forums.developer.apple.com/thread/92290

The disconnection seems to occur when the battery of the Iphone is full. (So for the moment we turn the flash and the camera on to kill the battery while inspecting ...)

This is only necessary for physical devices. Physical devices can be forcefully disconnected by Safari if the device's battery is full. ("Full battery? Well then, let's just disconnect you as you don't need to charge anymore -- and there goes your debugging session too...")

You will want to select Connect via Network in Develop > [device], and then attach your debugger to the page you want to debug. If you do not have the Develop menu in Safari, go to Safari > Preferences > Advanced and select Show Develop menu in menu bar.

If this doesn't work, you may try upgrading your OS/Safari through the App Store first.

The most recent Safari Technology preview appears to have solved it for me.

This plagued me for a long time with very inconsistent behaviour, here are a few things I have found that help, I also wrote a blog post on this here.

I can't say I have a solution, but a step in the right direction.

I tried using ios-webkit-debug-proxy so I can use the Chrome Dev Tools instead of Safari Dev Tools.

After running ios_webkit_debug_proxy, I was able to try to connect through chrome://inspect and it disconnected immediately again:

However, we have a clue! Invalid packet header. Sounds like a lower level bug somewhere. Not sure where to submit this but to though...

Closing XCode first helped for me.

The magic solution worked for me:

For me the issue started right after I upgraded to the new macOS Mojave, this might have been mentioned somewhere above but for me I just needed to download the new "Safari Technology Preview" app that is built for Mojave.

For me using a different adapter and cable solved the problem. Every time you connect, it should ask for "Trust this device" like prompt on smartphone, if not then it's the cable/adapter issue.

I know there's a lot of answers already, but I wanted to post because none of them worked for me just now. But, my phone's battery was in "low mode" ... but since I'm plugging it up for development, I didn't think that was a big deal. But, going into settings on my phone and turning off low battery mode fixed my problem. Now safari doesn't disconnect.

Just wanted to post that in case someone runs into this with a low battery.

When using a content-blocker (e.g. 1Blocker) on your iOS device, make sure it is disabled for the domain you want to debug.

Disabling 1Blocker stopped the Web Inspector (Mac) from closing immediately after opening it, and allowed me to get back to work.

Not the answer you're looking for? Browse other questions tagged debugging safari osx-yosemite safari-web-inspector or ask your own question.

6
Trying to debug a web site on iPad, but the device doesn't appear under Develop menu in Safari on my Mac
71
Why Safari shows “No Inspectable Applications” during remote debugging with iOS 6 device?
83
iPad is not showing in Develop menu on OSX Safari
4
unable to set web inspector breakpoints after upgrade to Safari 7.0.4, both local and remote
0
Inspect an app from ipad using Safari Web Inspector
1
Unable to inspect iOS devices in Safari 8.0.8