I am trying to do something whatsapp like for messages for having a cell that resizes based on contentsize and in the bottom right corner to have the date... the problem is that I don't know the rectangle position for the excluded path because the text is dynamic and I have something like this but works only for multiple lines, but not for a single line: 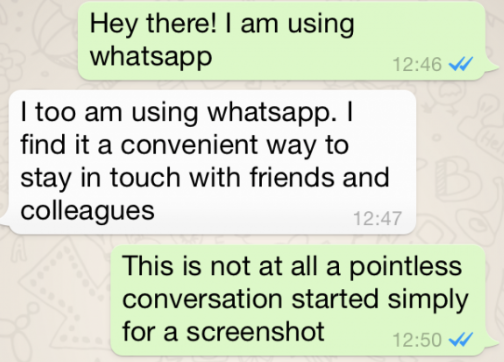 I had the same problem too. I added attributedString with textAttachment which it has a size. You will set an estimated maximum size. There's no problem with a single line either. (Sorry, I am not good at English.)

This is the sample code.

There is a nice solution my colleague found in actor.im. https://github.com/actorapp/actor-platform/blob/master/actor-sdk/sdk-core-ios/ActorSDK/Sources/Controllers/Content/Conversation/Cell/AABubbleTextCell.swift#L312

I had the same problem (for me it was a button in right corner) and there is the way how I resolved it:

Not the answer you're looking for? Browse other questions tagged ios iphone uitableview uitextview or ask your own question.

553
How do I size a UITextView to its content?
395
How to dismiss keyboard for UITextView with return key?
542
How to lose margin/padding in UITextView
749
Placeholder in UITextView
173
How to style UITextview to like Rounded Rect text field?
91
Why is UIBezierPath faster than Core Graphics path?
3
iOS: Create image clipping path from a UIBezierPath
243
Change UITextField and UITextView Cursor / Caret Color
521
How to hide UINavigationBar 1px bottom line
390
Add placeholder text inside UITextView in Swift?