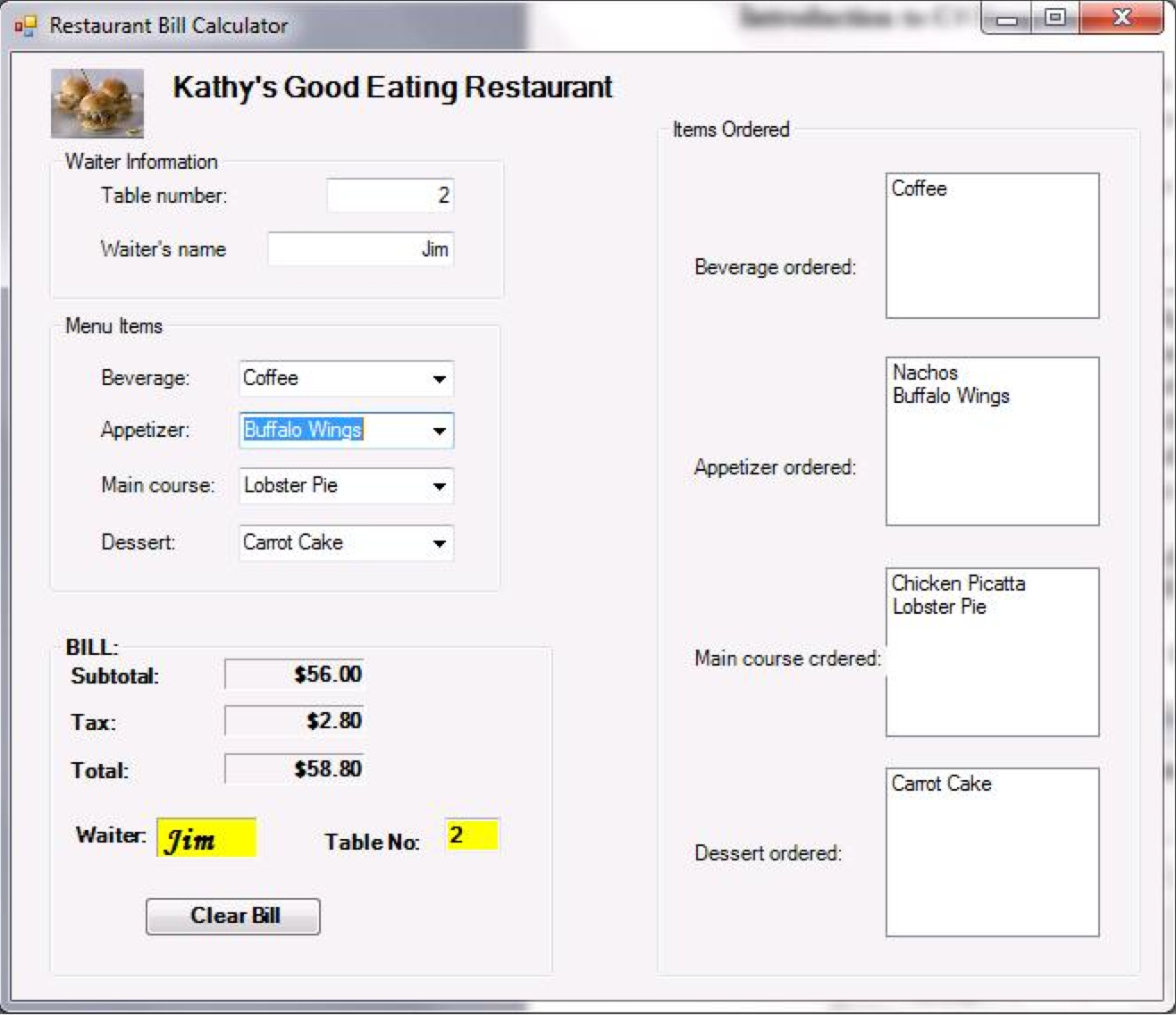 The end goal is to reproduce this image as well as possible. I am trying to start from a bottom up approach as I have many questions. My first question is how can I get labels alongside the textboxes (it has been suggested to use VBoxes on an hbox to organize everything, but then the textbox automatically goes below the label)

My second question is, as you can see there are borders around the four related boxes to separate the information. I am uncertain how this is done.

Finally what is the configuration of Panes that I should put these four groups on. As I mentioned below someone suggested VBoxes placed on a HBox but I can't get the text to be at the right spot with this approach.

One last thing... I was trying to use ComboBoxes but I can only make one selection, unlike in the image showing the appetizers and main courses selected. I looked at ListView but its not a drop down box and I read in the API that this in general is not supported since they thought having multiple selections was not necessary. So how might one approach this?

I'de recommaned an HBox as the primary container, and a VBox on the left side containing the three panes.

In case the window is resizable, and you want to keep either of the panes flushed to the side, try AnchorPane, instead of the HBox.

this required nested panes. for those with similar assignments, creating grid boxes and placing them inside titled boxes allows for the "group box" effect shown above that was a part of swing. An additional HBox was added where the image and title were, making three parts: the top HBox, the right title box, and the left VBox.the left VBox and the top HBox were added into a VBox (or grid), linking the entire left side, which was then placed in an hbox along with the right side title pane.

Not the answer you're looking for? Browse other questions tagged java user-interface javafx vbox or ask your own question.