I solved this problem with the following steps;

I found the solution is easy, but before going deeper into the solution, keep in mind that C compilation unit (C Compiler and Assembler at least) compiles each pure C source file after resolving necessary pre-processor directives, and generates a relocatable object file as a result of compilation.

After the compilation unit does its job, there is another unit that is responsible for combining individually every source file that is compiled successfully into the relocatable form of one big object file for all. This unit is called Linker and the operation is called Linking

A very important feature in relocatable object file is that what is called variable, function will be noted as symbol so far. The linker has to solve the symbols, defining what is originally defined in an object file, reference what is being used in another to their original object file.

After this motivation, now we can call main() function as main() symbol.

I Found that the problem is because the source file that contains the main() function was not compiled. As a result, there is no a relocatable object file that contains the symbol corresponding to main() function. Hence, the compiler is complaining: you asked me to use (reference) a symbol you guaranteed to be found (defined) in another file but I found no such symbol!

For Kiel IDE, to queue a source file for a compilation; you gotta shortlist it in the category "Source Group",by clicking right, either adding new files to group, or existing files to group. It will result in something like the following figure: 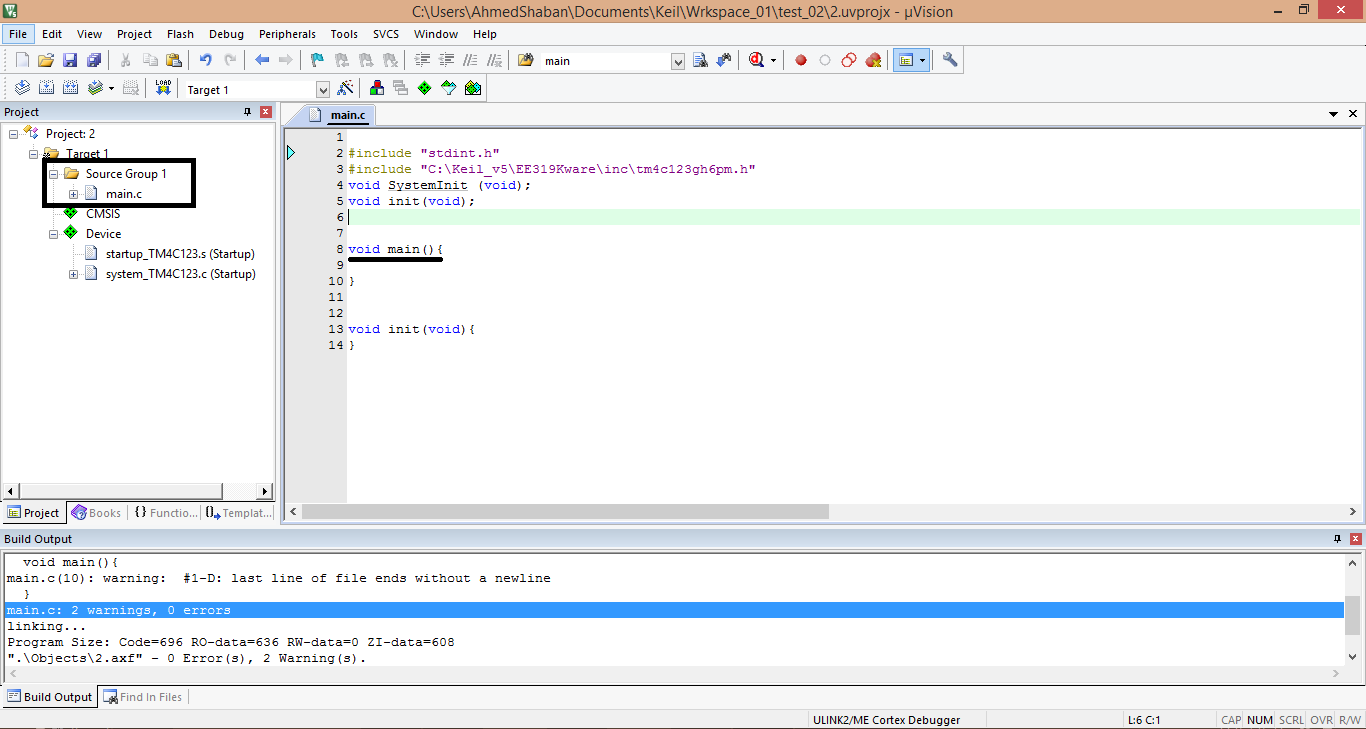 Now we have a main function, is turned (defined) to main symbol later, and found by the linker to reference it to whatever use it in any other relocatable object files.

I had the same issue. The problem was that the function name in .c file had a different name with the one in the .h file, and I didn't know.

http://infocenter.arm.com/help/index.jsp?topic=/com.arm.doc.faqs/14222.html This should help. Just create a dummy main() or main.c file. Linker can't find it in your pjt.

For solution only add this file C to driver folder and translate it, 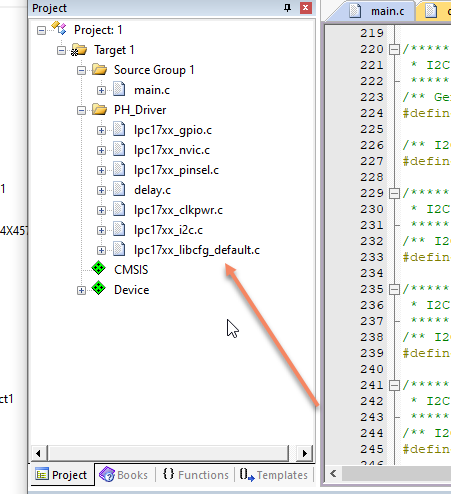 Not the answer you're looking for? Browse other questions tagged arm keil or ask your own question.