Unbearably slow android emulator — is there a fix?

I know that the topic was discussed here last year, but I am hoping that someone has since found a fix. The emulator is simply not working for me anymore. It took 15 minutes or so to load hello world a few days ago, and now I can't get it to load a simple MapsDemo from the api samples no matter how long I wait.

I'm using eclipse with the android plugin (sdk and avd manager). My pc is 2.31 GHz quadcore with 8GB ram and windows 7 x64. Nothing is being logged in LogCat apparently.

Are there any alternatives or certain fixes I can try before buying a phone? I'd just upgrade my phone to an HTC Incredible and debug from the phone, but Verizon won't have any for at least a month and I'd really like to have my app out by then.

Delete all your AVDs & re-install the SDK in a new directory. This should clear out any lurking config settings or AVD based issues which could be causing the slowdown.

Also try shutting down any virus/spyware scanner you may have running because you can then see if your AV app is trying to scan the AVD and or SD card images which could slow things down.

The best advice I've received is to use to target an older platform and a lower resolution. The emulator for Android 1.5 at HVGA is significantly faster to load than 3.1 at tablet resolution.

If you are running an emulator for a newer Android version, and want to see what it is doing while loading, you can watch on 'adb logcat'. It at least gives some better feedback than the word "Android" with a light shining across it!

I usually start it then after I see the "ANDROID" screen close it and restart it and it works and starts up a lot faster the second time.

I have started using ubuntu v11 (with dual boot) ,emulator is now starting within 40sec and working without any errors ,which i have encountered in windows 7 and performance is also good.

I just had the very same problem today, after I received the advise, to create a 400MiB SD Card on my AVD. I did so, but nothing worked anymore. I waited half an hour for my App to compile, but nothing happened even though the LogCat was still runníng ... So I came in here to find a solution and I did!

Here`s what speeded the whole thing up again:

P.S. It might be the case, that you won`t find the last folders described in the path, because they are hidden. Just type in that path, and they will be there: The hidden folders looked like this: .android\avd Just type it in manually and erase all that stuff in there. 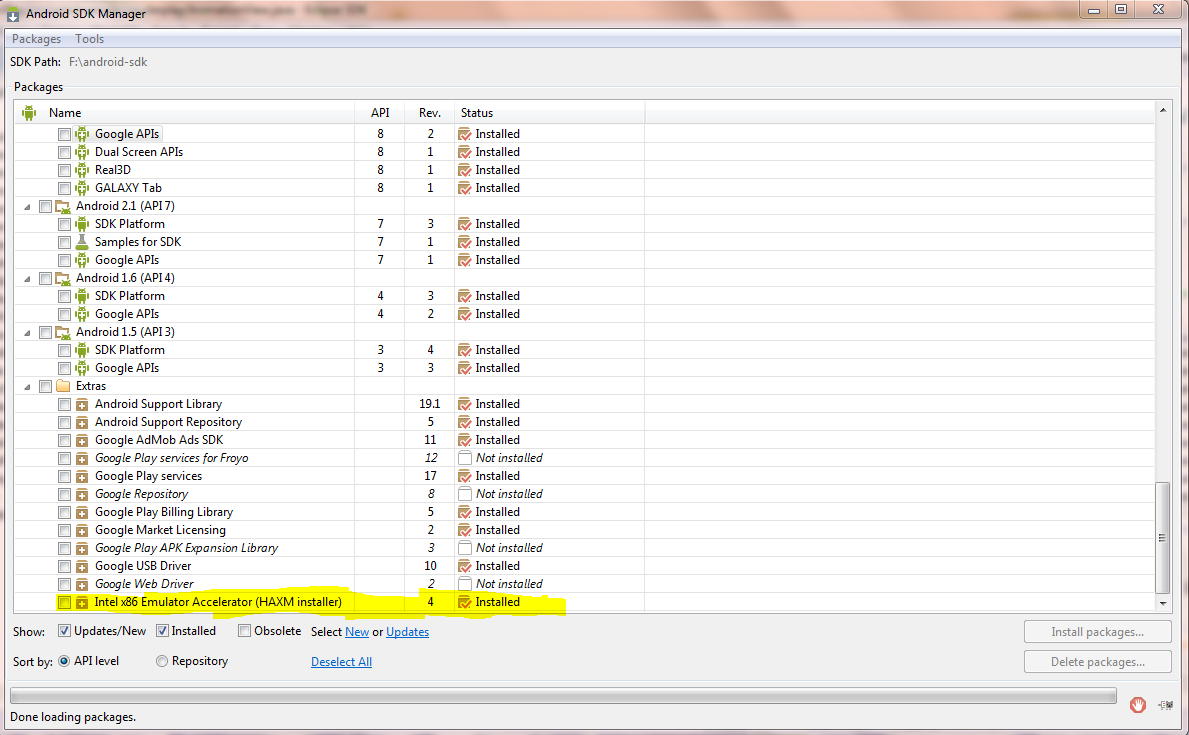 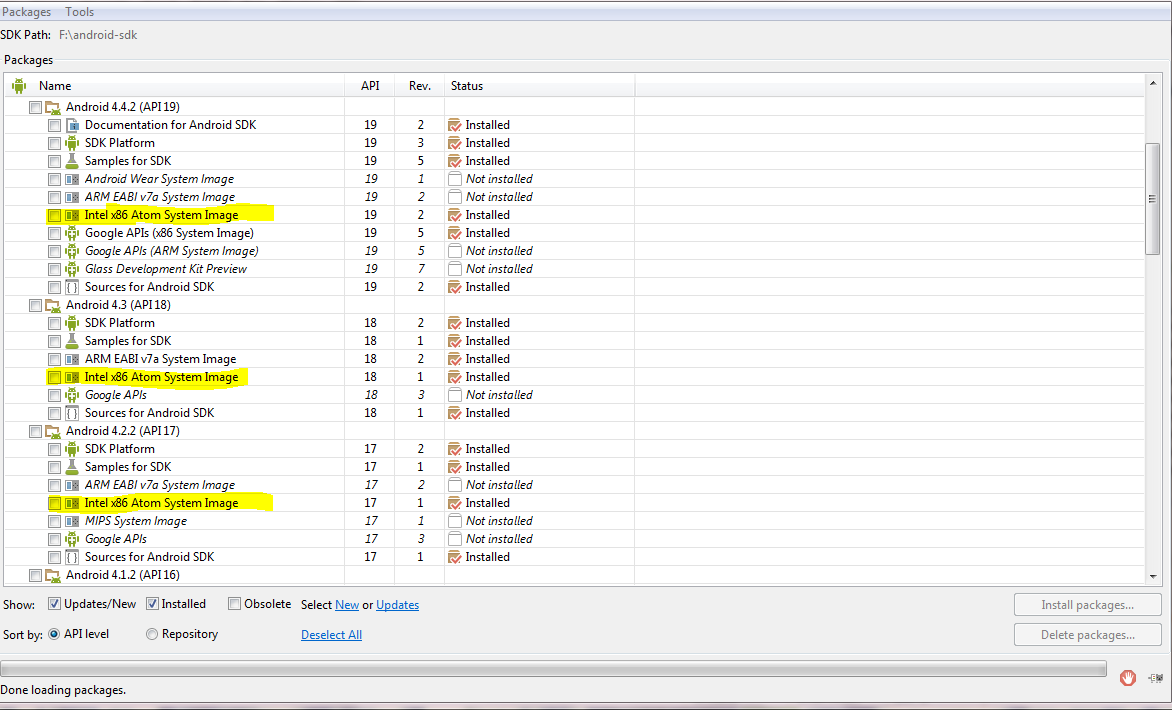 Then create a new AVD with CPU/ABI as Intel Atom(x86), and Check Use GPU Host. Done! 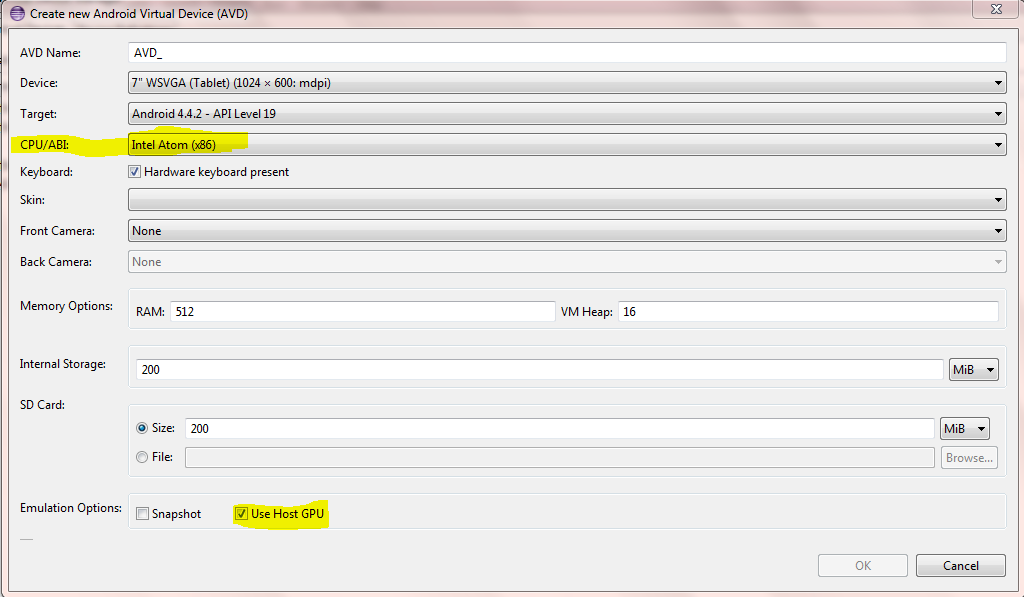 2093
Is there a way to run Python on Android?
2618
How to save an activity state using save instance state?
3813
Close/hide android soft keyboard
2749
Is there a unique Android device ID?
1965
What is 'Context' on Android?
1282
How to get the build/version number of your Android application?
2390
How to fix 'android.os.NetworkOnMainThreadException'?
3629
Proper use cases for Android UserManager.isUserAGoat()?