I have received a warning mail from Apple after submitting the binary build.

I don't want to enable push notification service as I am not going to use it in my app. Any help would be appreciated to fix this warning. Thanks in advance.

Note : Already several times I have tried deleting and re-creating my profiles and certificates.

ios notifications apple-push-notifications
Share
Improve this question
edited May 23 '17 at 10:31

I am pretty certain that it is a bug in Apples checking system. I uploaded an app yesterday and got this message. This app has been updated at least 30 times without any problems. I didn't add any push notification code in the last version and I don't use any frameworks like PhoneGap or Cordova that could cause this message. It doesn't appear under notifications on the device.

I have searched the app for push notification code without finding anything:

I finally tried to upload the previous version that was approved in July (and didn't generate an email). This this time I got the warning email also for this version. So I think that Apple is wrong and I will take my chances and hope it will be approved despite the warning.

EDIT: Found this reply from an Apple staff in Apple Developer Forum:

"That notice is a warning only, not a rejection.

The app validator checks for an implementation of the UIApplicationDelegate method application:didRegisterForRemoteNotificationsWithDeviceToken: in the app. You’ll get the warning you described if your app delegate implements that method and there is no aps-environment entitlement.

It's possible that a third-party library you're using has implemented that method even though your app doesn't do anything with push notifications. In that case you can just ignore the warning. It's there to let developers who do use push notifications know if they might have signed their app incorrectly."

EDIT 2: I now have two different apps that have been approved without any problems despite generating the warning email

Here are a few things you might want to double check:

In the section Identifiers > App IDs, Push Notifications should not be enabled if you are not implementing them. 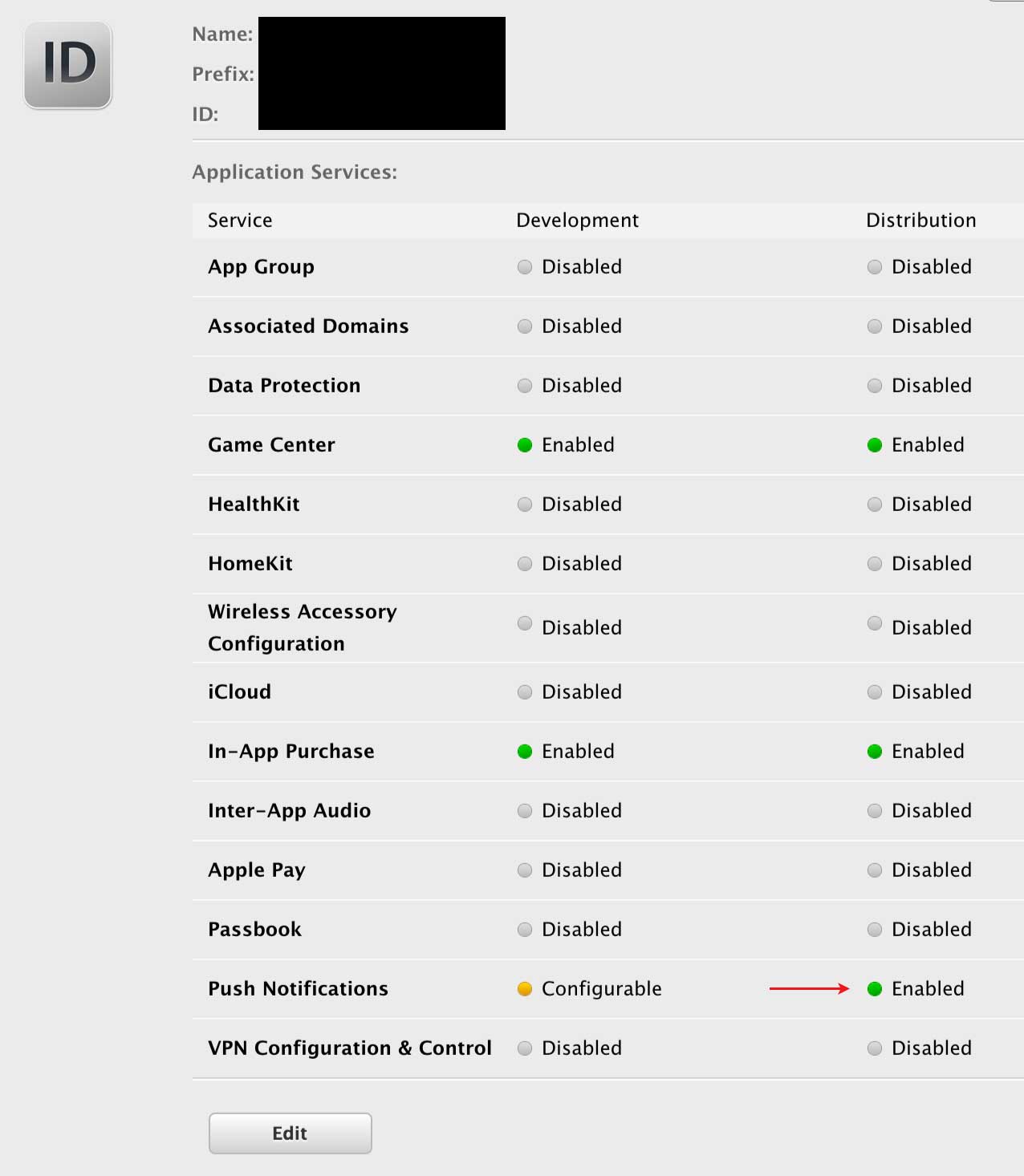 You will have to generate a new mobile provisioning each time your enable or disable a service. Make sure Push Notifications is not listed in your app enabled services:

In the Capabilities tab of your application target, Push Notifications should be turned off.

Also, in Background Modes, there should not be any Remote Notifications mode. 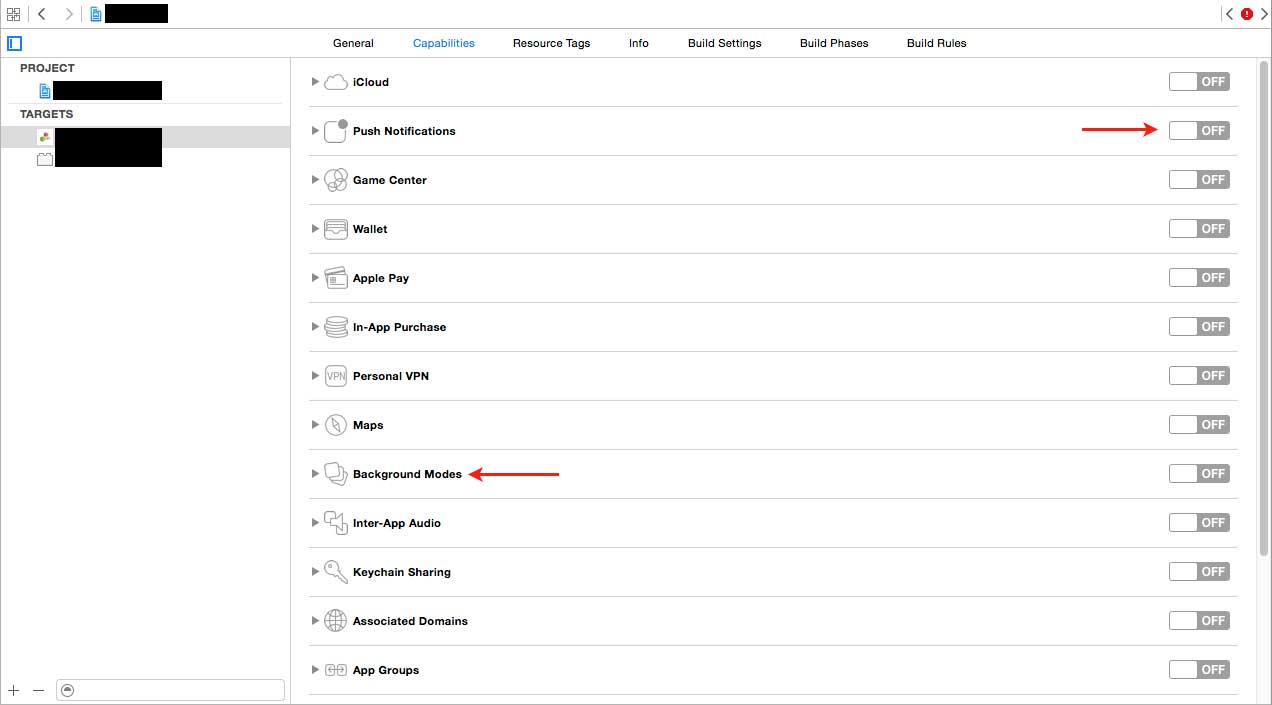 I am receiving the same email but it seems to only be a warning and my apps managed to get approved to the store.

I have an app that I have been updating in the past 2 years, it does not have push notifications and it's been all good so far until my recent release when I got this warning. After contacting Apple it seems this is just a warning and should not be considered. I think it's an error on their side so hopefully they will get it fixed in the next Xcode update.

For me too looks like a bug from Apple. The latest version of my app got the warning as well, yet was approved within a week. In this new version I am using an extremely simple Today widget. Thus, I have to link the NotificationCenter framework. The widget reports some data from the containing app. To do so, it simply uses the NSUserDefaults which are shared via the App Groups entitlement. Nothing remotely as sofisticated as push notification.

Apple writes that push notification can be used to manage Today widgets:

Perhaps for that reason including the NotificationCenter framework did trigger the warning, albeit mistakenly.

This message is actually a warning to indicate that somewhere in your code, the methods for registering for a push token were used (indicating that your app is trying to use push notifications), but as the required entitlement is missing, this functionality is not going to work.

It seems at the moment If one doesn't use APN the warning can be ignored.

It's possible that a third party library has implemented this functionality, even if your app does not use it. In that case, you can ignore the warning. Although, you may want to understand what each library you include in your app is doing before publishing your app, to avoid unwanted surprises like this occurring in the future.

I would start by searching the code for registerForRemoteNotificationTypes or registerUserNotificationSettings, which are both used to register for push notifications (depending on the version of the OS).

If you find one of them, that's the issue. You need to remove them, if you're not using notifications.

After 1 month of intensive research and trails, this worked for me: Missing Push Notification Entitlement warning

I got this warning just by updating some pods (FacebookSDK is one of them). I assume one of them is implementing the UIApplicationDelegate method application:didRegisterForRemoteNotificationsWithDeviceToken: which is why i'll just ignore the warning from now on.

Making sure that both Flutter and Xcode were closed, use the terminal to navigate to the directory of my project and did the following:

After uploading the new build using Xcode, I did not get the warning again.

Not the answer you're looking for? Browse other questions tagged ios notifications apple-push-notifications or ask your own question.