I have recently converted my app, and unit tests over to Swift 2.0. I am using @testable import AppName in my Tests.swift files.

Due to an issue with not being able to execute subclasses in multiple targets (see here for the issue), my class EntityName can only be of Target Membership AppName, and NOT AppNameTests.

The problem is, once I switch over to the AppNameTests schema to run unit tests, code in the module AppName can't find the class EntityName and I get

Use of undeclared type 'EntityName'

How do I get AppName to compile when running tests from the AppNameTests scheme without that entity class not a member of the scheme?

When compiling the same Swift code as part of different targets, the compiler actually generates different classes. So this behaves as designed, but is almost certainly not what you want when running an app's unit tests.

There are two ways I'd recommend you set up your models to allow testing:

This code should only be compiled as part of your application target, and your unit tests can be set up in the following way:

This approach relies on the @testable keyword introduced in Swift 2.

Again, this code should only be compiled as part of your application target, and your unit tests can be set up in the following way:

This approach may be preferred to public models if you're building a framework where some internal models shouldn't be accessible from users of that framework.

Realm has a dedicated section of their documentation detailing these common approaches to testing which you can read here: https://realm.io/docs/swift/latest/#avoid-linking-realm-and-tested-code-in-test-targets

I had to stop targeting my entire apps .swift files to be have membership of MyAppTests, and rely solely on @testable import MyApp

I also got this error recently and none of the above steps fixed the problem, what did fix it was removing non-swift file from the Compile sources build phase in the Target you want to run tests on. This was failing silently 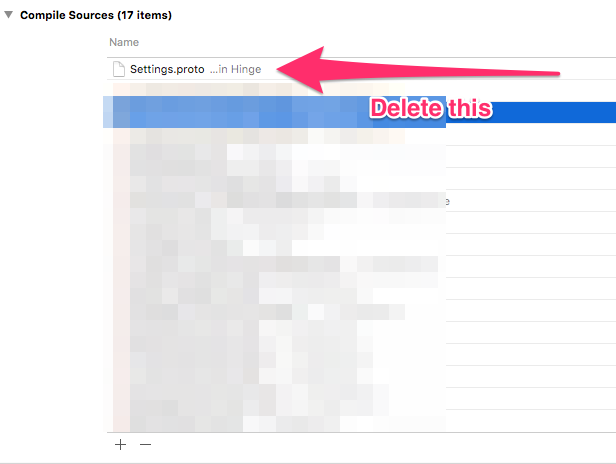 I had similar problem and the issue was that all of the application source files were linked to the unit test target, and so compiled twice!

Also, I installed Realm via Carthage and had to include both targets (main and test) for the frameworks "Realm.framework" and "RealmSwift.framework" because it wouldn't work otherwise.

Here is the issue link

Not the answer you're looking for? Browse other questions tagged ios swift unit-testing swift2 realm or ask your own question.

9
Class are being linked more than once in target