How to remove error about glyphicons-halflings-regular.woff2 not found

This file exists in the fonts directory in the Solution Explorer. Build action is set to "Content" and Copy to Output directory is "Do not copy like in other font files". Bootstrap 3 is added to the solution using NuGet. How to fix this so that this error does not occur? Application shows Glyphicon and FontAwesome icons properly. This error always occurs at application startup.

This problem happens because IIS does not know about woff and woff2 file mime types.

Add these lines in your web.config project: 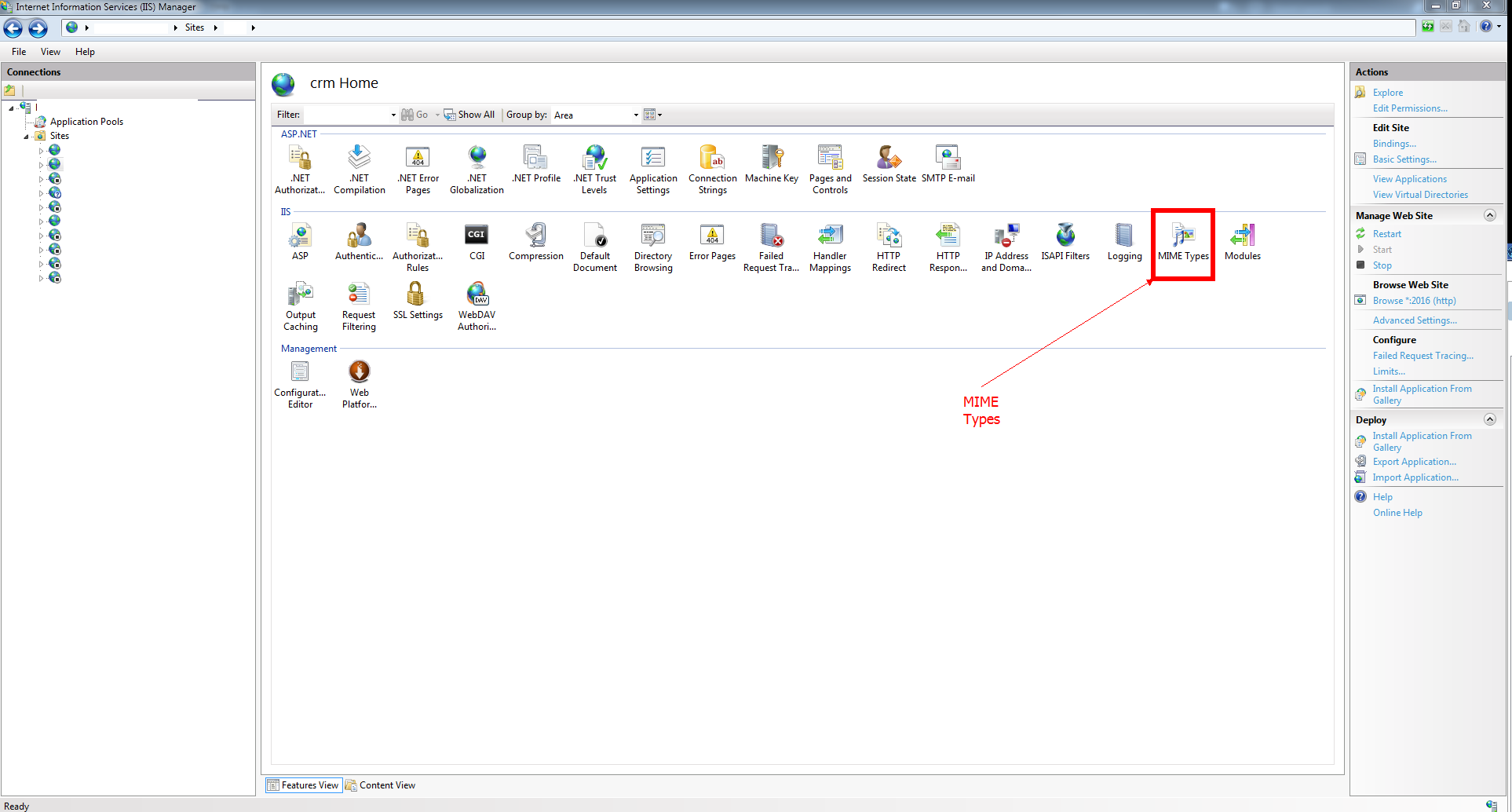 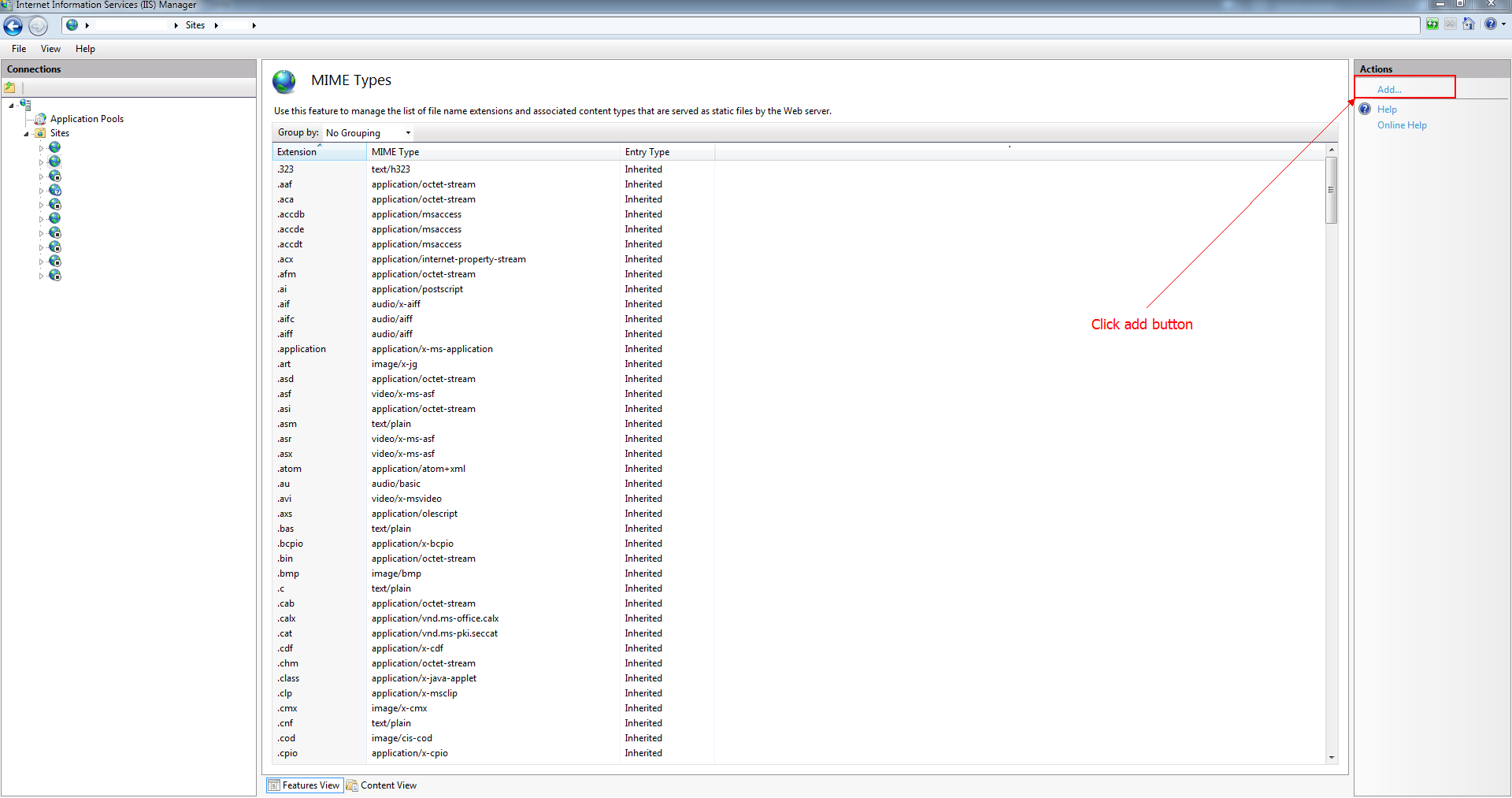 Step 3: In the middle of the screen appears a window and in this window you need to add the two lines from solution 1: 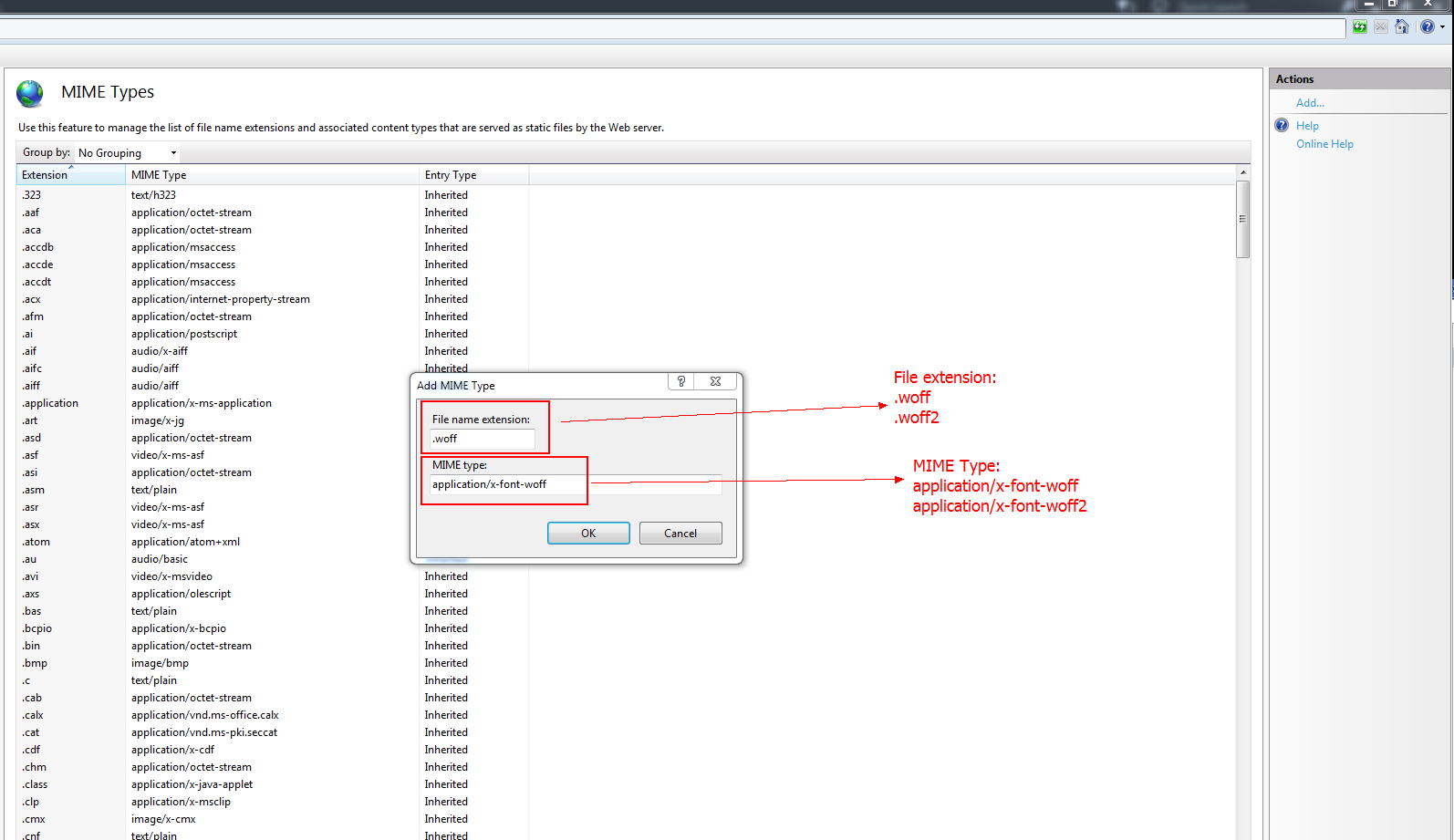 In my case, I've just downloaded the missing file directly from here: https://gitlab.com/mailman/mailman-website/raw/a97d6b4c5b29594004e3855f1ab1222449d0c211/content/fonts/glyphicons-halflings-regular.woff2

Add this one to your html if you only have access to the html:

For me, the problem was twofold: First, the version of IIS I was dealing with didn't know about the .woff2 MIME type, only about .woff. I fixed that using IIS Manager at the server level, not at the web app level, so the setting wouldn't get overridden with each new app deployment. (Under IIS Manager, I went to MIME types, and added the missing .woff2, then updated .woff.)

Second, and more importantly, I was bundling bootstrap.css along with some other files as "~/bundles/css/site". Meanwhile, my font files were in "~/fonts". bootstrap.css looks for the glyphicon fonts in "../fonts", which translated to "~/bundles/fonts" -- wrong path.

In other words, my bundle path was one directory too deep. I renamed it to "~/bundles/siteCss", and updated all the references to it that I found in my project. Now bootstrap looked in "~/fonts" for the glyphicon files, which worked. Problem solved.

Before I fixed the second problem above, none of the glyphicon font files were loading. The symptom was that all instances of glyphicon glyphs in the project just showed an empty box. However, this symptom only occurred in the deployed versions of the web app, not on my dev machine. I'm still not sure why that was the case.

I tried all the suggestions above, but my actual issue was that my application was looking for the /font folder and its contents (.woff etc) in app/fonts, but my /fonts folder was on the same level as /app. I moved /fonts under /app, and it works fine now. I hope this helps someone else roaming the web for an answer.

This problem happens because IIS does not find the actual location of woff2 file mime types. Set URL of font-face properly, also keep font-family as glyphicons-halflings-regular in your CSS file as shown below.

Not the answer you're looking for? Browse other questions tagged asp.net-mvc twitter-bootstrap visual-studio asp.net-mvc-4 glyphicons or ask your own question.

1915
How do I remedy "The breakpoint will not currently be hit. No symbols have been loaded for this document." warning?
1094
Error message "No exports were found that match the constraint contract name"
34
Twitter bootstrap glyphicons do not appear in release mode 404
33
Bootstrap woff2 font not getting loaded correctly
1
Including Bootstrap Glyphicons In Express
1
Failed to load resource: the server responded with a status of 404 (Not Found) http://localhost:5266/Content/fonts/glyphicons-halflings-regular.woff2
2
Laravel 5.4 include bootstrap glyphicons
1
How to fix the failed to load resource: 404 (Not Found) error when loading Glyphicons fonts on Bootstrap 3 SASS