I want to generate ER diagram of SQL database using Microsoft SQL Server Management Studio however, I dont know how to.

I found this technique online http://forums.asp.net/t/1790223.aspx?Making+ER+Diagram+from+SQL+Server+2008+Database

However, I am not able to see "Database Node" or "Database Diagrams" nodes as mentioned in the 1st and 2nd steps.

Hence, please let me know how can I generate ER diagram from an existing DB.

From the comments below, I realize that I was right in my understanding that Database node means the node with my database name. But then my problem is I am not able to find the "Database Diagrams" node under my Database name. What should I do now so that I can see it.

PS: Its not a local database.

You can save generated diagram for future use.

Yes, we’ve heard the feedback; Database Diagrams is back.

⚠️ Latest Version Does Not Included It ⚠️

Sadly, the last version of SSMS to have database diagrams as a feature was version v17.9.

Since that version, the newer preview versions starting at v18.* have, in their words "...feature has been deprecated".

Hope is not lost though, for one can still download and use v17.9 to use database diagrams which as an aside for this question is technically not a ER diagramming tool.

As of this writing it is unclear if the release version of 18 will have the feature, I hope so because it is a feature I use extensively.

From Object Explorer in SQL Server Management Studio, find your database and expand the node (click on the + sign beside your database). The first item from that expanded tree is Database Diagrams. Right-click on that and you'll see various tasks including creating a new database diagram. If you've never created one before, it'll ask if you want to install the components for creating diagrams. Click yes then proceed.

As of Oct 2019, SQL Server Management Studio, they did not upgraded the SSMS to add create ER Diagram feature.

I would suggest try using DBWeaver from here :

I am using Mac and Windows both and I was able to download the community edition and logged into my SQL server database and was able to create the ER diagram using the DB Weaver. 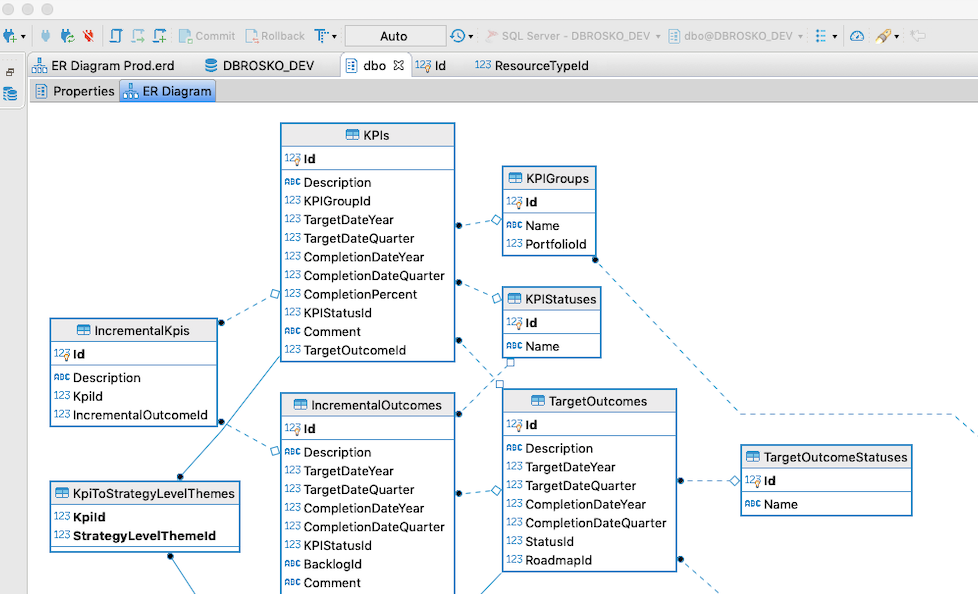 sql-server entity-relationship or ask your own question.

1
knowing how to understand organisation structure without erd using SQL